AWS — which provides cloud computing services to individuals, universities, governments, and businesses — crashed sometime after 10:30 a.m. EST on Tuesday, affecting thousands of customers worldwide, according to a report by Daily Mail. 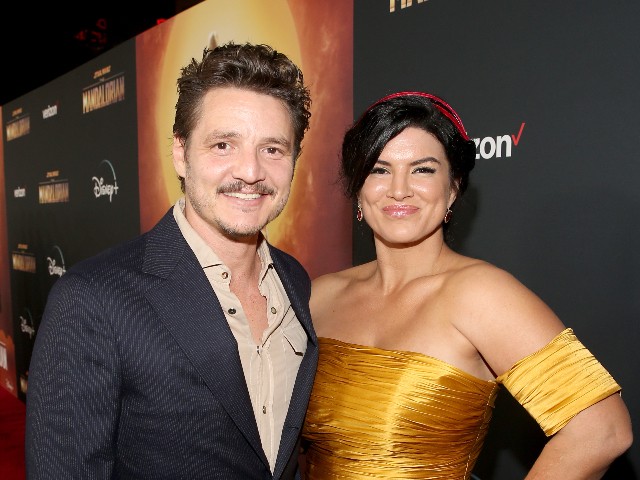 HOLLYWOOD, CALIFORNIA – NOVEMBER 13: Pedro Pascal and Gina Carano arrive at the premiere of Lucasfilm’s first-ever, live-action series, “The Mandalorian,” at the El Capitan Theatre in Hollywood, Calif. on November 13, 2019. “The Mandalorian” streams exclusively on Disney+. (Photo by Jesse Grant/Getty Images for Disney)

Three delivery service partners also said an Amazon app used to communicate with delivery drivers was down, reported Bloomberg. This meant that drivers attempting to deliver packages were left sitting idle in their vans with no communication from the company.

Amazon officials reportedly said they have identified the “root cause” of the problem and were working to fix it. The Jeff Bezos-founded company said the outage was likely due to issues related to the application programming interface (API).

“We are seeing impact to multiple AWS APIs in the US-EAST-1 Region,” Amazon initially said on its status page. “We have identified the root cause and are actively working towards recovery.”

The company later provided an update, saying it was “starting to see some signs of recovery,” but could not say when the service will be fully restored.

“We do not have an ETA for full recovery at this time,” Amazon said.

A little more than an hour later, around 2:26 p.m. EST, Amazon updated its status again, saying, “We are pursuing multiple mitigation paths in parallel, and have seen some signs of recovery, but we do not have an ETA for full recovery at this time.”

By 3:34 p.m. EST, the company provided yet another update, saying, “We continue to experience increased API error rates for multiple AWS Services in the US-EAST-1 Region. The root cause of this issue is an impairment of several network devices.”

“We continue to work toward mitigation, and are actively working on a number of different mitigation and resolution actions,” Amazon added. “While we have observed some early signs of recovery, we do not have an ETA for full recovery.”

Users have experienced 27 Amazon outages over the past 12 months, according to ToolTester, a web tool reviewing website.

In July, Amazon suffered yet another major global outage. According to Downdetector, the company’s website was disrupted for almost two hours and at the peak of disruption, more than 38,000 users reported indicated issues with the site.