Facebook (now Meta) founder and CEO Mark Zuckerberg has added yet more land to his already-vast holdings of real estate on the Hawaiian island of Kauai.

As Breitbart News previously reported, the billionaire tech founder and his wife, Priscilla Chan, nearly doubled the size of their Hawaii estate earlier this year, bringing their total ownership to nearly 1,300 acres. 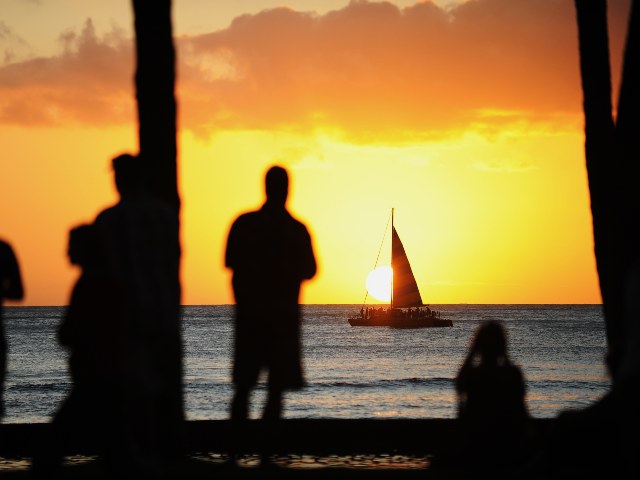 Facebook CEO Mark Zuckerberg and his wife Priscilla Chan have nearly doubled the size of their real estate empire in Hawaii, buying another 595.4 acres on Kauai from Waioli Corporation, a nonprofit established by a local family with roots going back to the era of the Hawaiian kingdom.

Zuckerberg and Chan are now the owners of 1,300 acres of land in Hawaii after closing on a $53 million purchase of three parcels of nearly 600 acres on March 19, according to a report by Pacific Business News.

The purchase, which includes land fronting Larsen’s Beach, does not include the beach access road, which is owned by the county, and remains open to the public.

Zuckerberg has now expanded the Hawaii estate again, with a 110-acre purchase.

Facebook founder Mark Zuckerberg and his wife Priscilla Chan have bought 110 acres of a former sugar plantation on the Hawaiian island of Kauai.

The agricultural land includes most of the earthen Ka Loko Reservoir, which unleashed hundreds of gallons of water in 2006 after its wall collapsed, killing seven people including a pregnant woman.

The new land adds to the couple’s 1,300 acre $100million luxury estate, which has made them the target of critics slamming them for trying to ‘colonize’ the island.

With a net worth of roughly $123 billion, Zuckerberg is estimated to be the 6th-richest person in the world.