The progressive establishment is determined to cancel Joe Rogan, for obvious reasons: because he’s popular, more popular than any other media figure in the U.S. who comments on current events, and he’s not on their team.

In response, Rogan is making a classic error — assuming the torrent of hate he’s facing comes from a place of good faith, and that he can make it go away by addressing the mob’s concerns, apologizing, and pledging to do better.

Rogan has released more than 1,700 episodes of his podcast over the years. Each one has been a live discussion, usually running three hours or more, without editing or filtering. 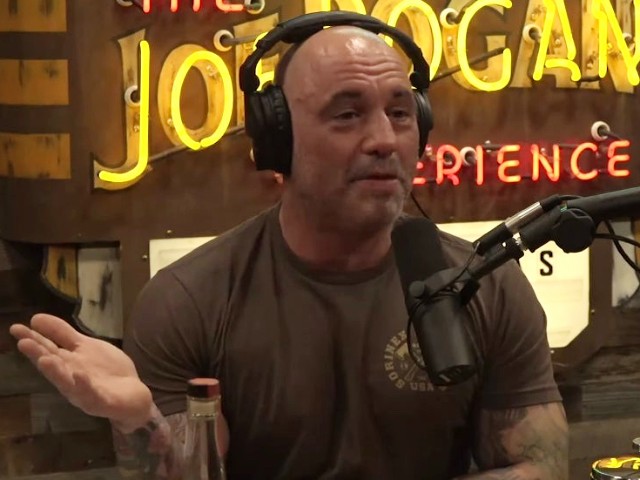 It is almost certain that over the course of those episodes, which add up to over 5,000 hours of live, unfiltered footage, Rogan will have said things that he regrets, or wishes he’d said better; things that he genuinely believes merit an apology.

But that’s not what the mob really cares about. Like Tucker Carlson and Alex Jones and other people the mob has tried to cancel, Rogan is considered a threat to the progressive world order.

His podcast episodes draw an audience of roughly 11 million people, an audience four times the size of the most popular cable news host, giving him enormous influence over national political issues. In the eyes of the mob, that is his true crime, and that is why they want him gone.

It started with Rogan’s discussion with Dr. Robert Malone, who conducted early research on mRNA technology and opposes their use in coronavirus vaccines.

Rogan apologized for that episode, promising to do more research ahead of future controversial discussions, and to invite experts with competing opinions on the show.

The mob didn’t care, because it was never about one episode, it was about the podcast’s influence over public opinion, an influence that lies beyond their control. The Malone episode’s impact on the public debate – instantly turning the phrase “mass formation psychosis” into a meme – simply highlighted Rogan’s influence, and danger to the progressive worldview.

Now formed, the mob will not dissipate until Rogan is banished from every major platform, or until a line in the sand is drawn across which they know they cannot cross.

As if to prove it was never really about the Malone episode, the mob has now cut together a clip of Joe Rogan saying the N-word in various episodes.

Rogan once again released an apology video, calling it the “most regretful and shameful thing I have ever had to talk about publicly.” 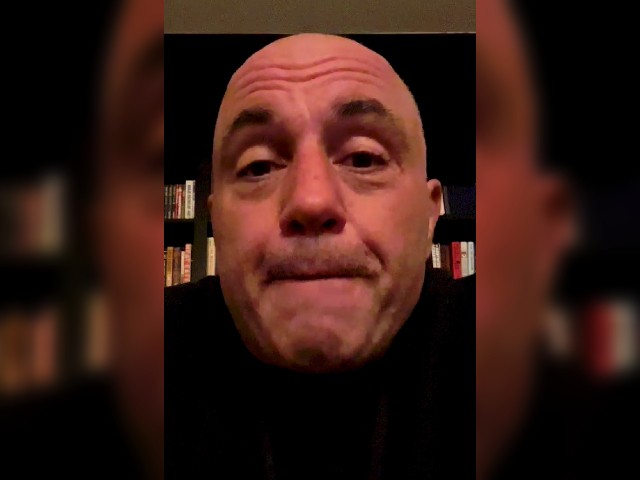 “To most people, there is no context where a white person is ever allowed to say that word, nevermind publicly on a podcast… It’s not my word to use,” said Rogan.

The people attacking Joe Rogan don’t actually care about him using the N-word.

These are the same people who ignored the racist assault of Larry Elder, which included a white woman dressed in a gorilla mask, chasing the then-candidate for CA governor.

It’s the same people who defended Joe Biden for telling black voters “you ain’t black” if they didn’t vote for him.

These are the same people falsely accusing the Canadian Freedom Convoy of harboring racists and neo-confederates, while ignoring the extraordinary number of times Justin Trudeau has worn blackface.

What Joe Rogan did is totally unacceptable pic.twitter.com/JvkHOMQQdD

If you actually think that finding old clips of someone using the n-word is proof they're a racist, then you would find this 👇 infinitely more alarming and important given that he is kind of more powerful than Joe Rogan. But you don't think that: it's just a game to silence him. pic.twitter.com/xLBjgOsjgw

Apologies give momentum to the mob, convincing them they are making progress in their goal to cancel, censor and ban their target. It convinces them to stick around longer, and convinces more censorship-minded people that now is the moment to join the bandwagon.

In over 5,000 hours of footage, Joe Rogan has almost certainly said some ill-advised things that he feels are worth apologizing for.

But he should wait for the mob to go home first.