After ignoring (or even celebrating) six years of political censorship and election interference, leftists have found a Facebook content moderation policy they disagree with — a longstanding ban on using the platform to distribute illicit prescription drugs.

The unauthorized sale of prescription drugs is a federal crime. Both Twitter and Facebook have policies against it, which the media have not objected to until now.

What has changed is the U.S. Supreme Court overturning Roe v. Wade, the 1973 ruling that made abortion legal throughout the country. 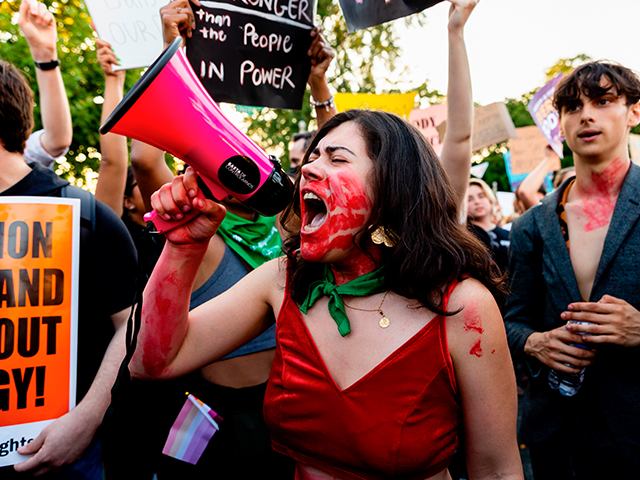 In the wake of the Court’s ruling, users began flooding Facebook with posts advertising abortion pills, offering to mail them to other users, or explaining how to obtain them.

Abortion pills are prescription-only, and in line with its policy, Facebook began taking down the posts — leading to immediate outrage from the media.

“It’s staggering that, at the very time women most need information about and access to these medications, Facebook and Instagram are making it hard for them to find it,” wrote a columnist for NBC News.

The “story” has been covered by a string of leftist and establishment media companies that spent years either ignoring Facebook’s political censorship, celebrating it, or demanding more of it.

Vice, the Guardian, The Verge, CBS, and the Daily Beast among others have all covered the story, as if a social network banning the illegal sale of prescription medication is so unusual that it rises to the level of a news story.

“Content that attempts to buy, sell, trade, gift, request or donate pharmaceuticals is not allowed,” said Stone. “Content that discusses the affordability and accessibility of prescription medication is allowed. We’ve discovered some instances of incorrect enforcement and are correcting these.”

Statement from @Meta spokesperson: "We intend to offer travel expense reimbursements, to the extent permitted by law, for employees who will need them to access out-of-state health care and reproductive services."

As if to assure critics of Facebook’s commitment to the progressive cause, Stone also retweeted an earlier statement from the company.

“”We intend to offer travel expense reimbursements, to the extent permitted by law, for employees who will need them to access out-of-state health care and reproductive services.”