Turning Point USA founder Charlie Kirk blasted Twitter for “cheating” and “rigging the platform for their own political ends” after it was confirmed on Thursday that his Twitter account had been shadowbanned under the social media platform’s previous ownership.

“Now we know that they were cheating, rigging the platform for their own political ends,” Kirk told Breitbart News. “Let all the truth out, and let’s see the extent to which the DOJ and the FBI were involved. That is the other shoe to drop.” 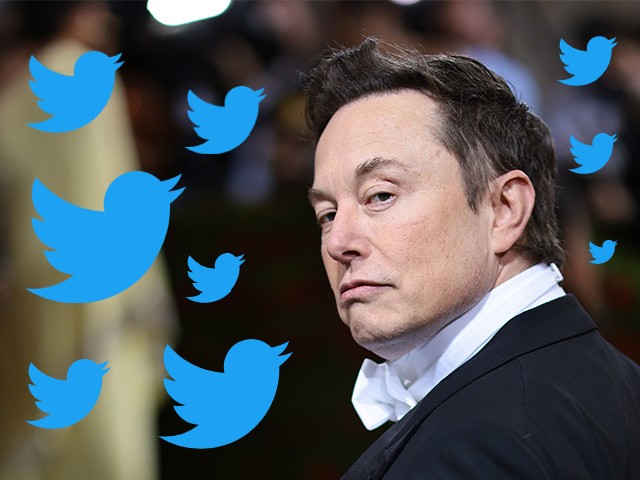 Kirk was reacting to the Twitter Files posted to Elon Musk’s platform by former New York Times reporter Bari Weiss, which confirmed that Kirk — among other conservative voices — were shadowbanned by the company under the rubrics of “Visibility Filtering” or “VF.”

Breitbart News has been reporting for years on the shadowbanning by Big Tech and other censorship tools like the ones revealed on Thursday. Meanwhile, the establishment press had suggested that such concerns were nothing more than conspiracy theories pushed by Breitbart and people like Kirk.

After being asked if he feels vindicated now that the Twitter Files have confirmed otherwise, Kirk told Breitbart News, “Yeah, I do feel vindicated. I have been complaining about this for the last 2-3 years, and I was told to stop complaining and that I was a conspiracy theorist.”

“I went from one of the top 10 most engaged accounts on the planet doing over 115K retweets, to some days getting less than 1,000. Now we know why,” Kirk added.

In a separate statement posted to social media on Thursday night, Kirk disclosed that in 2018 he had met with then-Twitter CEO Jack Dorsey, who assured him that Twitter was not shadowbanning accounts.

“Either he lied or these policies didn’t take effect until later, which is plausible based on what happened next,” Kirk said.

“Within 6 months of our meeting, I began to notice severe throttling of certain posts that were obviously being suppressed,” Kirk continued. “I reached back out to the executives I had previously met, and while attempting to get answers to the drop in engagement, they just stopped responding.”

Kirk went on to say that in 2019, after his account was named by Axios as “one of the Top 10 most engaged in the country,” he noticed that his engagement had plummeted even more severely.

“In the run-up to the 2020 election, I witnessed a precipitous, massive drop in engagement,” he said. “It was obvious at that point I was being directly targeted and censored.”

“For the next two years, I had zero engagement and zero follower growth, but Twitter would still trend ‘Charlie Kirk’ if someone else tweeted about me,” the TPUSA founder added.

Kirk noted that “since Elon’s purchase of Twitter, I’ve seen follower growth and engagement ramp back up significantly. Not quite back to 2018/2019 levels, but close. Now we know why.”

“We will never know how much damage Twitter’s censorship of my account and others’ has done to the public discourse, the marketplace of ideas, my work at TPUSA, or the 2020 Presidential election,” Kirk added. “Twitter may be a private company, but this was digital tyranny, full stop.”

A screenshot of the internal dashboard for Kirk’s account shows that it was placed on “Recent Abuse Strike,” “Notifications Spike,” and “Do Not Amplify.”

Kirk is now calling on Musk, Twitter’s new owner, to release information regarding all of the accounts that have been shadowbanned.

“I’m happy Elon Musk and Bari Weiss have confirmed my account was targeted, but every Twitter user deserves to know if they too were targeted in some way,” he said. “Twitter should publicly release ALL information on shadowbans, no matter how large or small the target was. Let the truth out.”

Kirk is not the only one calling on Musk to release more information regarding who else has been affected, as many other Twitter users have inquired about the status of their accounts.