It’s hard not to feel sorry for Newsweek’s Eleanor Clift. She’s like the unlucky girl who keeps trying oh-so-hard but never makes the cheerleading squad. In column after column Clift seems to be angling for some future sinecure in the Obama administration a la Jay Carney, who left Time to work as communications director for Joe “Big F—ing Deal” Biden. But so far, no luck. 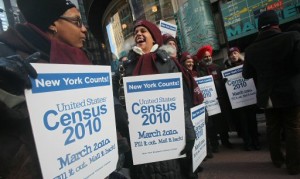 How else to explain this woman’s latest effort in sis-boom-bah journalism? Like a good little cheerleader, Clift flings her pom-poms in an acrobatic effort to distract from the real issue–Obama’s woeful handling of the Gulf catastrophe–with a gratuitous attack on the Tea Party, Dick Armey, and defenders of the Constitution in general.

What Would the Tea Party Do?

They object to Obama. Fine–but it’s worth asking how they would handle something like the gulf oil spill.

In actuality, no, it’s not worth asking what the Tea Party would do. The Tea Party is a movement, not a person. But in light of the fact that the average Tea Party candidate running in any of the various races around the country has more practical business experience than President Obama–who has none–smart money would take the odds on the Tea Party candidate versus the Community Organizer any day–even on an oil-slippery track.

After her opening move, Clift flashes her brightest Obama smile:

Judging from remarks made Wednesday in Washington by Tea Party adviser and booster Republican Dick Armey, Obama’s demand that BP pony up $20 billion (one year’s worth of profits) for a fund to compensate victims of the spill is so out of line with the Constitution that it’s another cardinal sin against the liberty and freedom of the populist movement aligned on the right against big government in Washington

Note the tired, veiled-yet-so-transparent attack on the “evil big oil company” in Clift’s picayune parenthesis “(one year’s worth of profits).” Even if $20 billion were one day’s worth of profits for BP, the injustice of government threatening a private corporation is unchanged. Dick Armey is right. And, until he caved to pressure and dined on his correct but misunderstood words, so was Joe Barton. Obama did shake down BP and had no business doing so.

Tea Party members don’t possess any special Ted Williams 20-10 Constitutional eyesight that enables them to see the danger of Obama’s actions. The founding document is available to all who would read it. If Clift and her ilk choose to be blind to the dangers of unbridled governmental intrusion into the private sector, they merely demonstrate Obama’s same allegiance to the politics of the day over the timeless protection of individual rights.

Leaping high into the air, Clift gyrates on:

Invoking the sanctity of property rights, Armey said if damage is done, “you call your lawyer and we’ll settle this in the courts.” Still, the deal Obama struck does not foreclose separate court action brought by individuals or states, and hiding behind the Constitution to defend the rights of lawyers to an even bigger share of the pie will be about as popular with the voters as Tea Party darling Rand Paul calling Obama’s attacks on BP “un-American.”

First, isn’t the Democratic party the party of trial lawyers? Did something change?

Second, if “the deal Obama struck does not foreclose separate court action,” then why strike the deal in the first place? Is that not the point? The recompense sought and deserved by the victims of the Gulf catastrophe is already fully provided for in our Constitution. We need no 21st- century Messiah to circumvent it and dispense justice in the thuggish manner to which those living in my hometown of Chicago are all too accustomed. We need only people smart enough, and unmotivated enough by politics, to honor it.

BP has promised repeatedly to make whole the sufferers of the Gulf catastrophe. As Clift mews in her feline, class-invidious “one year’s profits'” remark, BP is a wealthy company, despite having had its market cap more than halved by the April 20 rig explosion. Courts exist to hold promise-makers to their word. BP, along with any other companies found liable, will undoubtedly face microscopic scrutiny in its handling of compensation for injuries sustained. It can and will pay.

Rather than “plugging the damn hole,” Obama is clearly far more interested in exploiting the Gulf catastrophe, Rahmbo-like, to promote his pragmatic-as-Quixote agenda of alternative energy, all the while pummeling his beloved bête noire, Big Business, the largest provider of employment in the U.S.A. Why endure the inconvenience of waiting for definitive reports about who shoulders which portion of the blame, or how much of the negligence was willful, when we can community-organize against BP the way we learned back in Chicago?