Eugene Robinson, a stage four Obama apologist at the Washington Post, thinks the Republican party is “all shook up” over Joe Barton’s portrayal of the Obama-BP “meeting” as a shakedown. Strange words coming from an MSM Obama shill who himself ain’t nothing but a hound dog. 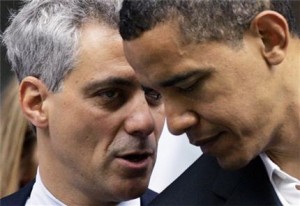 Going all in for the President– the Constitution and Bill of Rights be damned–Robinson has once again bravely chosen blind “stand by your man” allegiance over objective journalistic reason. From Robinson’s June 22 “All Shook Up for BP” column:

A group comprising roughly two-thirds of all Republicans in the House takes the position that President Obama was wrong to demand that BP set aside money to guarantee that those whose livelihoods are being ruined by the oil spill will be compensated. In other words, it’s more important to kneel at the altar of radical conservative ideology than to feel any sense of compassion for one’s fellow Americans. This, ladies and gentlemen, is how today’s GOP rolls.

This logic is twice flawed. First, in Robinson’s murky thought world, following the Bill of Rights amounts to “radical conservative ideology.” Did he miss Article VII of said Bill? The one that states:

Nor shall [any person] be compelled in any criminal case to be a witness against himself, nor be deprived of life, liberty, or property, without due process of law; nor shall private property be taken for public use, without just compensation.

Robinson paints Obama’s “demand that BP set aside money” as virtuous, innocuous. To the honest, impartial spectator however, Justice Stewart’s famous 1964 non-definition definition of pornography (“I know it when I see it.”) supports labeling Obama’s Chicago-style, deep-dish extortion as what is really is–a shakedown. Exactly as Barton described it.

Whether Obama was blackmailing or only “influencing” BP, nevertheless his backroom treatment of the oil company is undeniably extrajudicial and subverts our Constitution’s separation of governmental branches. This unbridled abrogation of the Founders’ fully-contemplated restraint on authority is the stuff of dictators. Remember, Alinsky’s book–the Iliad Obama keeps under his pillow the way Alexander the Great did–is called Rules for Radicals, not Rules for Patriots.

Second, Robinson maliciously posits that Republicans don’t “feel any sense of compassion” for the aggrieved oil spill victims. This is a particularly sleazy misrepresentation.

Is Robinson’s allegiance to this President truly so unquestioning he’d sacrifice his journalistic name on the altar of partisanship? For what fleeting temporary gain does he prostitute his soul to the hijacking of our Constitution? A little street cred with other MSM Obama shills? An invitation to the next Joe Biden squirt gun party? How about “feeling a sense of compassion” for the rulebook that governs our nation, at once separating it from and elevating it above all other systems of government yet assayed by man?

Any not-for-sale judge of the events can hold both views–that the Obama strongarm tactics are extrajudicial (i.e., illegal) and that BP should be held responsible and make good on its promise to make the Gulf oil aggrieved parties whole–“with due process of law.”

Barton’s remarks were no spontaneous gaffe. They came in a prepared statement and clearly represent his genuine view of the situation: that the rights of a private company are absolute even when weighed against the clear interests of the public.

Not only were Barton’s remarks rehearsed, they need to be declaimed from the highest points in the land. Where in Barton’s statement did he say that “the rights of a private company are absolute?” This is at worst a deliberate untruth, at best a shameful distortion, on Robinson’s part.

The sad part of Obamaphilia is that journalists like Robinson–of whom there is no dearth in the MSM as Mika Brzezinski’s instantly infamous on-air remark, “I have a file I’m working on with the White House” comment illustrates all too well–so hopelessly adore this man they don’t see that their most valuable possession–their reputation–has been irretrievably co-opted by him.

Sadder still is that the Republican Party has been forced into the unenviable politically necessary but morally bankrupt position of having to denounce quondam-brave truth-teller, Joe Barton, because the MSM, in the form of its Eugene Robinsons, would otherwise have promulgated ad nauseam to a gullible electorate the false meme that rather than staunch upholders of our legal system, Republicans are merely in the pocket of BP and Big Oil. Even after Barton’s mea culpa, Robinson is still peddling this class-warfare lollipop of lies.

And saddest of all–Robinson has his Elvis songs mixed up. The GOP isn’t all shook up. It’s the MSM who ain’t nothin’ but a Hound Dog. And it ain’t no friend of the Constitution.