Settle down Media Matters. This is not some macabre exercise in wish-fulfillment. It’s a thought experiment — a what if. As I will demonstrate below, as an institution, the media is objectively evil. But I wish only happiness, good health, and long life for every individual within that institution.

For reasons we will never begin to understand, evil young men with guns are committing mass murder at an alarming rate. And for some reason, the school campus is too often the killing field of choice.

Because this thought experiment is about pushing back against the American mainstream media and therefore the political Left, I’m going to use their own statistics.

Not including last week’s shooting in Oregon, according to PolitiFact, since the Sandy Hook Elementary massacre of 2012, there have been 10 instances in which a shooter intended to commit mass murder at a school. Thankfully, the intended murderer was not always successful. But for our thought experiment, that is beside the point. 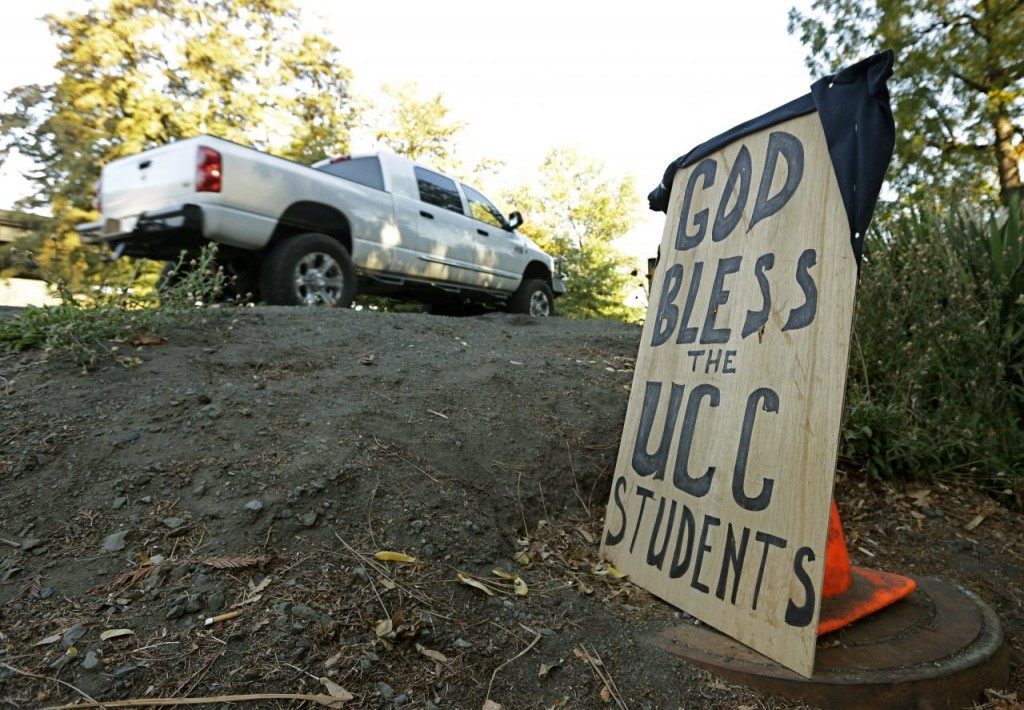 Including Sandy Hook and Oregon, what we have are 12 different instances in a little over three years in which someone  attempted to enter a school and commit mass murder. And too often they were successful on some terrible level.

Obviously something is going on here. For reasons that have nothing to do with this thought experiment, what we do know is that mad men with mass-murder in their dark hearts and a weapon in their hands are attracted to our schools and our school children.

This epidemic, if I may call it that, is now tragically routine. During his public meltdown Thursday night, President Obama did get that right. In the aftermath of these shootings, both his and the media’s reaction is numbingly predictable: Obama demands stricter federal gun control laws, the media spends three days demanding stricter federal gun control laws, there’s a little talk about mental health issues and a smattering of words about The Culture.

In the end nothing happens.

We all agree on this. So let’s get to the thought experiment…

What if, instead of school children, the targets of these 12 mass murderers had been journalists?

What if, instead of a school campus, the targets of these mass murderers had been newspaper and magazine offices, radio and television stations, local and national newsrooms, and cable news headquarters? 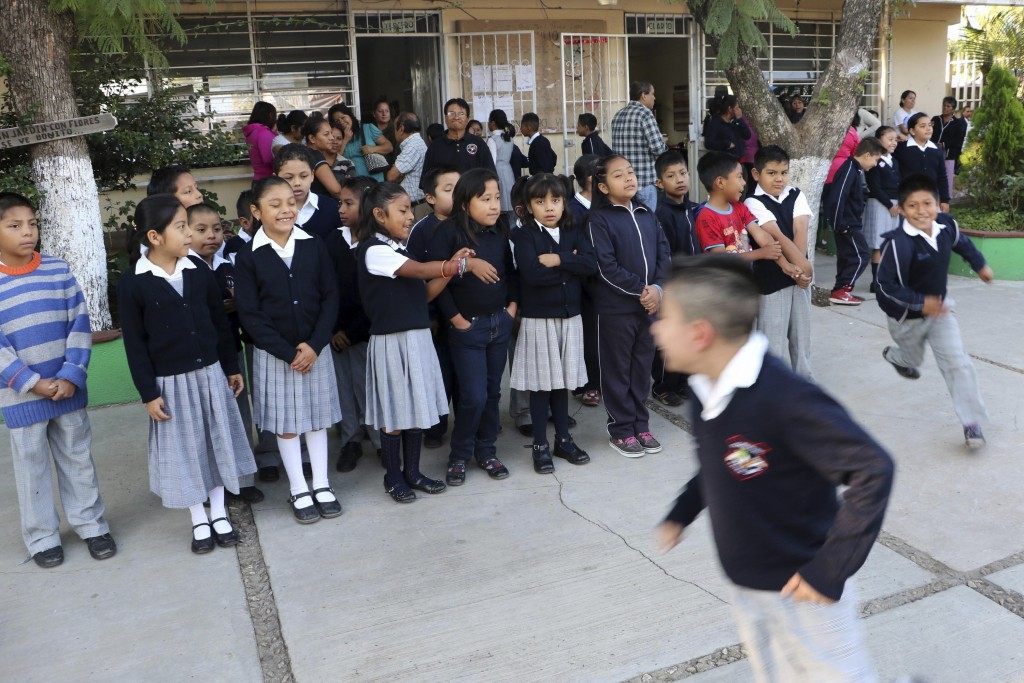 What if, instead of it being the next school, what was becoming “routine” was the inevitable news that somewhere in America a crazed gunman would enter a newsroom to spray lead at journalists instead of our children?

What would the current national gun control debate look like then?

I think it would look very, very different. And this is what is so horribly, terribly wrong about our national media.

With very rare exceptions, those who work within our national media come in the following groups: some are evil, some are dumb, many are liars, too many are cowards, and all of whom work within an elite provincial bubble driven only by partisan politics and therefore incapable of and unwilling to deal with reality.

This toxic mix of bad intentions and ignorance has resulted in a situation where helpless, innocent schoolchildren are being held for political ransom by Democrats, thanks in large part to their allies in the mainstream media.

Quite deliberately, the media has created a narrative dynamic in which nothing is being done to stop these school shootings.

Strictly for partisan political purposes, the media is telling America that unless the federal government passes stricter gun control laws, these school shootings will continue. Other than fuzzy lip service about mental health, the media does not allow any other solution to the next school shooting to become part of our National Conversation.

Children, innocent children are dying, more will die in the coming months, and our media is using their corpses and the threat of more corpses to push for gun control laws that would not have stopped a single one of these shootings and will not stop the next.

That’s a helluva accusation on my part.

How do I know the national media is doing this?

If it was newsrooms and journalists being targeted instead of schools and schoolchildren, do you think they would advertise themselves as sitting ducks with big signs at their entrances that reassure every mass murderer that he can shoot at will in a gun-free zone? 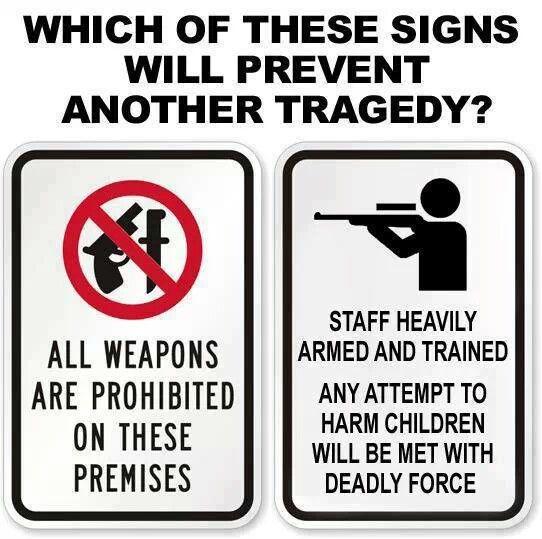 If over the last few years 12 newsrooms had been targeted by mass shooters, you can bet your life CNN and MSNBC and The Washington Post and your local newspaper and radio station would be armoring up with effective security protocols and trained good guys with guns.

And you can bet your life that the very same mainstream media elites who eagerly exploit dead children to push for more gun control would instead be demanding these common sense safeguards — demanding for themselves the very same common sense safeguards these same journalists refuse to allow to become part of the National Conversation when it comes to keeping schoolchildren safe.

We know madmen with guns target schools and schoolchildren, and yet our media only demands gun controls and not what they would put in place for themselves: increased security and armed and trained personnel.

We have known for years that madmen with guns target schools, and yet I have never seen a single member of the mainstream media ask an official in the aftermath why in God’s name there was no increase in security.

There are IMMEDIATE solutions to these school shootings. Not fool-proof solutions, but common sense solutions that could be implemented TOMORROW: remove the gun-free zone signs that advertise sitting ducks and armor up with armed guards and personnel.

How many of our veterans are unemployed?

How many off-duty cops are looking to pick up a few extra bucks?

Yes, it would cost money. But the primary job of our government — including at the state and local level where this should be arranged — is to protect us.

These are IMMEDIATE COMMON SENSE solutions. This is also the OBVIOUS course the media itself would take if it were under attack by random mad men.

Why then won’t the media call for this solution?

Why then won’t the media shame local officials who did nothing to increase security during this epidemic?

The answer is painfully obvious and painfully revealing: if the school shootings stop, the best leverage Democrats and their media allies have to pass gun control vanishes.

The media’s priority is not to protect schoolchildren.

The media’s priority is to use piles of dead schoolchildren as sacrifices to The Cause.