CNN initially ran the headline “Two ‘terrorists’ captured.” The use of quotation marks around the word “terrorist” suggests that the definition of the two Palestinians who opened fire on civilian is a matter of debate. 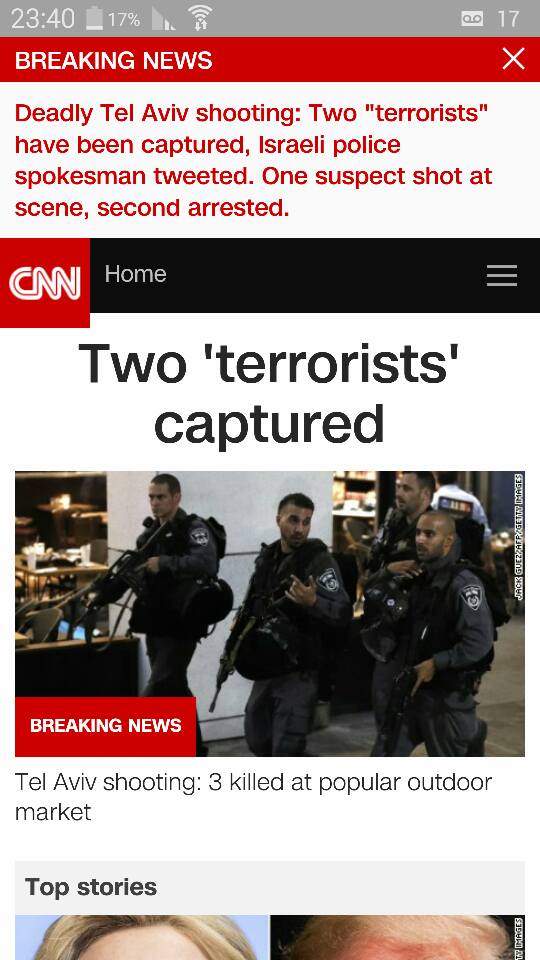 Both the Guardian and the BBC published identical headlines soon after the attack that read “Three killed in Tel Aviv shooting” with no mention of who was responsible. The BBC’s text that followed was even more ambiguous: “It is not clear who carried out the attack. However, there has been a rise in Palestinian attacks against Israelis since last year, with a series of shootings, stabbings, and car-rammings.” 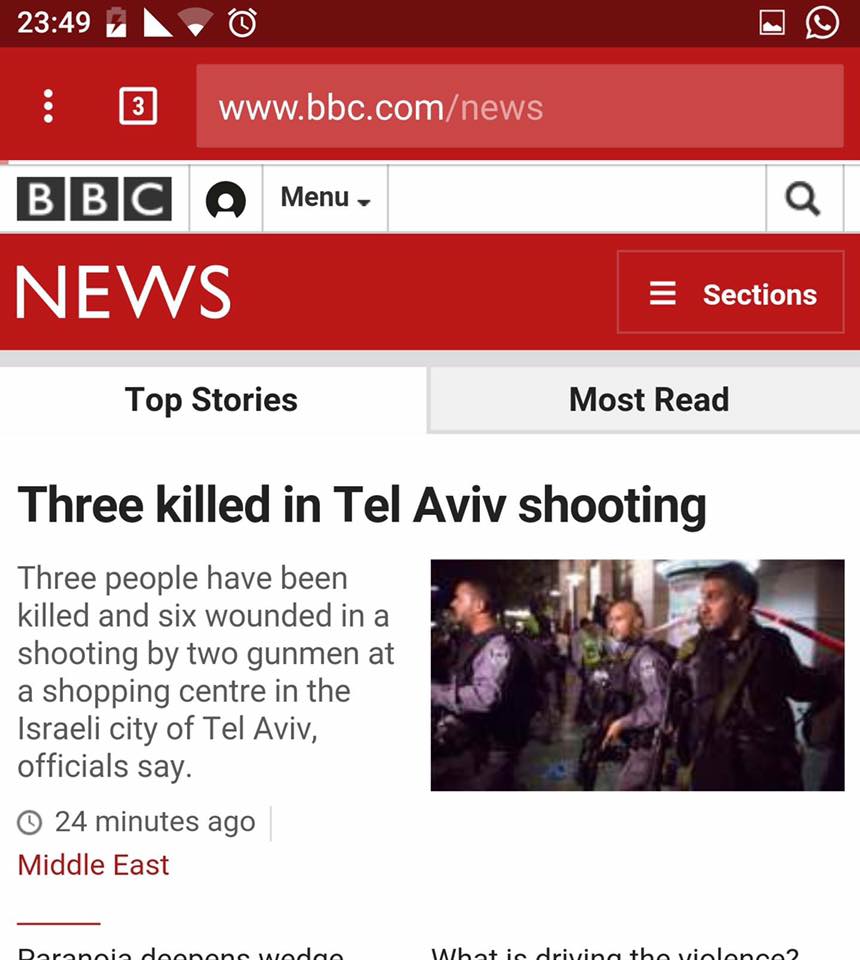 The news site has since updated the headline to read “Tel Aviv shooting: Four killed in shopping centre attack,” again making no mention of the terrorists.

The lede was amended to identify the attackers, and states, “Two Palestinian gunmen killed four people,” but the paragraph ends with the disclaimer, “Israeli officials say.”

The aforementioned sentence concerning the terror wave has been amended to include another clause, “There has been a rise in Palestinian attacks …with stabbings and car rammings, although the number of incidents had dropped in recent months [Ed: emphasis added].”

Sky News also had problems determining Palestinian culpability – not just with this attack but with all attacks since the start of the terror wave, stating: “Since October, 31 Israelis and two Americans have been killed by attacks allegedly [Ed: emphasis added] carried out by Palestinians.” Not to mention that the toll is also inaccurate. 33 Israelis and four people of other nationalities have been killed since October.

Meanwhile, the Independent referred to Tel Aviv as Israel’s capital in the headline to its story. Media watchdog HonestReporting.com swiftly informed the outlet that Jerusalem is the capital of Israel and the headline was subsequently amended.

Perhaps the headline that took the cake was courtesy of anti-Israel Russian outlet RT that stated: “2 ‘ultra-Orthodox Jewish’ gunmen kill one, injure 8 in Tel Aviv.” The mention of ultra-Orthodox Jews was apparently in reference to initial reports that one of the terrorists may have been dressed as one. Nevertheless, anyone taking a cursory glance at the headline would have to be clairvoyant to understand that. RT later amended the headline. 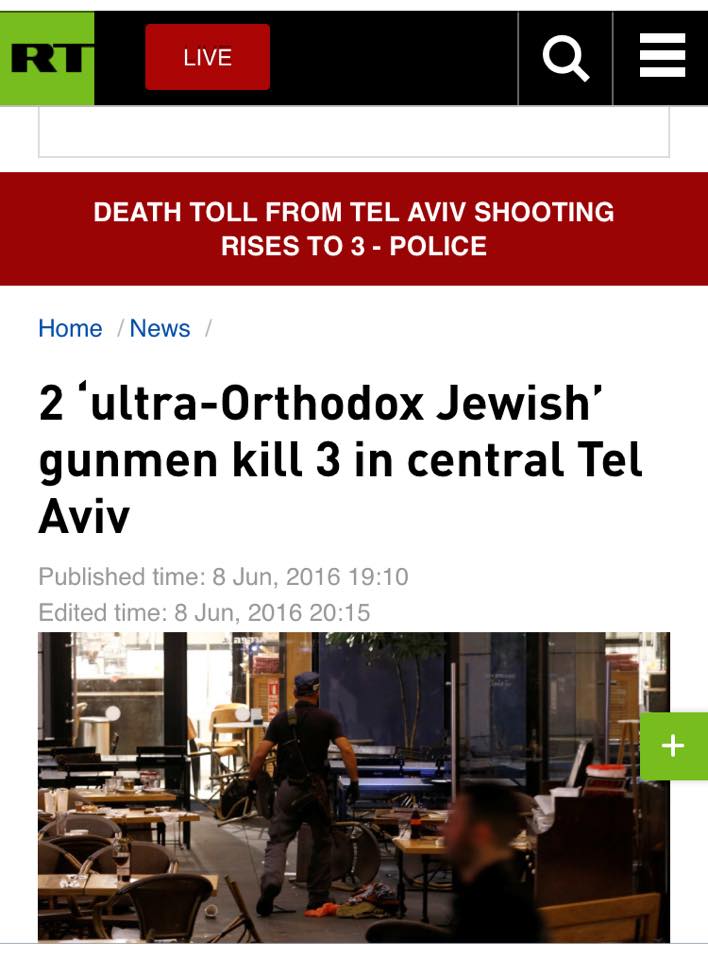