Watching the overpaid, blow-dried hoaxsters who run the corporate media haplessly attempt to frame Republicans for whatever happened to Paul Pelosi last week is like watching Lou Costello parallel park.

Outside of losing their moral authority and influence, the corporate media are becoming more incompetent by the day. Fifteen years ago, with billions of corporate dollars backing their lies and a near-monopoly on public information, this frame-up would have worked like a charm. But the execution would not have been as ham-handed as this one.

These people are not just fascist and corrupt; they’re idiots.

Come on… Ten days before a consequential national election, the same media guilty of all this…

…honestly thought they could gaslight voters into buying anything they report, especially something as Reichstag-ish as this?

This is what I meant by the media’s growing incompetence…

THEY told us there was a third person in the Pelosi home at the time of the alleged assault.

THEY told us the alleged assaulter was wearing only his underwear. 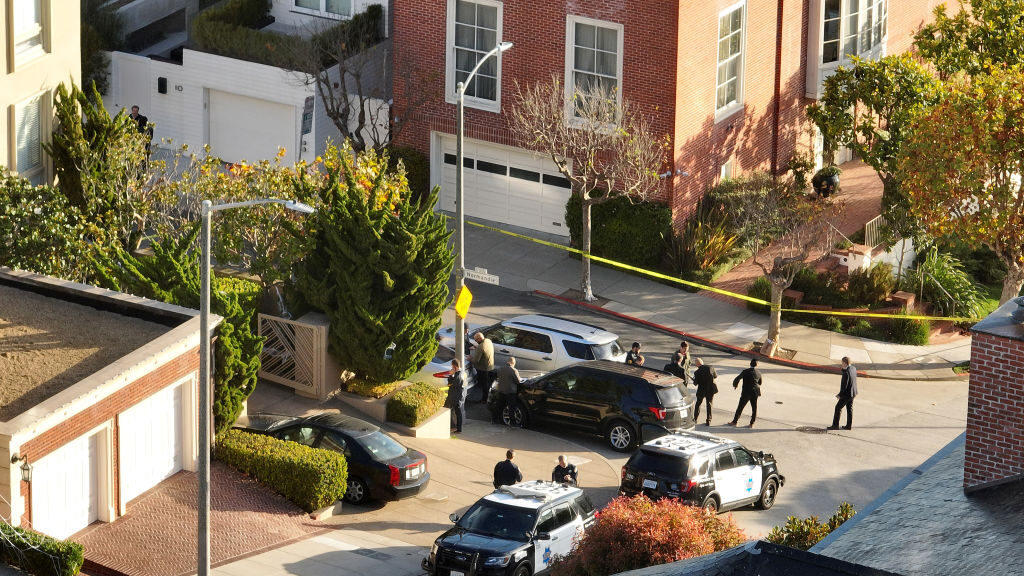 San Francisco police officers and F.B.I. agents gather at the home of U.S. Speaker of the House Nancy Pelosi (D-CA) on October 28, 2022 in San Francisco, California. Paul Pelosi was violently attacked in their home by an intruder. (Justin Sullivan/Getty Images)

So based solely on what the corporate media told us at the time, the idea this was a politically-motivated attack sounded absurd. A third person let the cops in? The alleged attacker strolled through the streets of San Francisco wearing only his underwear?

After the corporate media’s own reporting led reasonable people to question the fake media’s MAGA ATTACKER narrative, the fake media retracted the “third person” and “underwear” stories — which leads me to number three…

Gee, how so very convenient that the very facts that undermine the Democrat party’s preferred narrative ten days before a consequential national election were … wrong.

You see, that’s the thing… When you’re dealing with a media this corrupt and dishonest, there’s only one thing we can be certain of…

If the media knew for an absolute fact that Paul Pelosi invited his alleged attacker into his home to engage in illicit activity (sex, drugs, whatever), and then it went sideways, the media would still tell us it was a MAGA assassination attempt. They still would cover the truth up and still try to frame us.

Here’s what we know fer sher about David DePape… He’s a nudist who lives in a Berkeley hippie commune that flies the gay flag and Black Lives Matter banners.

To begin with, if this guy were indeed MAGA, he would have deported himself.

The media are trying to frame us for a crime they support — the physical assault of politicians. 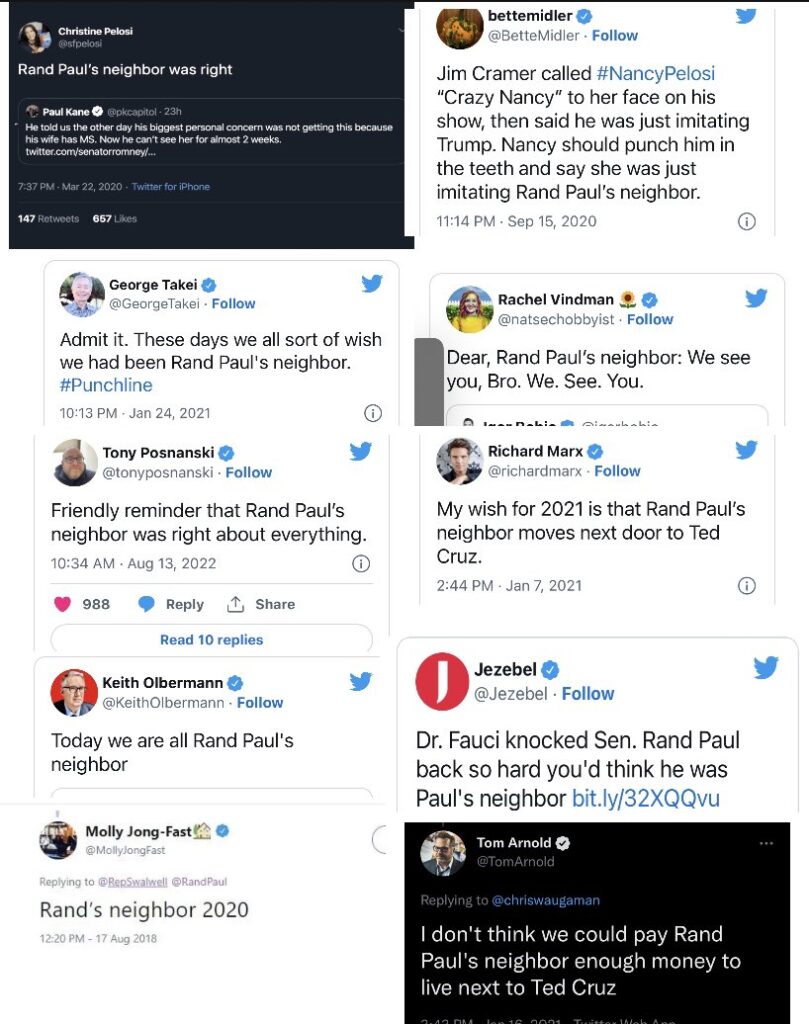 Do the corporate media honestly believe we have forgotten how they laughed and made jokes about a Democrat assaulting Sen. Rand Paul (R-KY)?

Do the media honestly believe we have forgotten how after Rep. Steve Scalise was shot by a Democrat assassin, they dropped the story after 18 hours?

Do the media believe we have forgotten how they blamed Trump for the leftists who caused violence at his rallies or how they ignored the firebombing of countless pregnancy centers, the SWAT-ing of Republican politicians, and told us Antifa attacks on state capitols were mostly peaceful?

And do the media honestly believe we have forgotten how after the terrorists in Black Lives Matter and Antifa wounded up to 50(!) Secret Service agents during a 2020 attack on the White House, the corporate media ridiculed Trump over reports of him being rushed to a secure location?

Watch Chuck Todd make a pompous, Class-A fool of himself…

Pay special attention to the 4:25 mark.

Targeted violence is not new in American politics: 11 U.S. presidents have been direct targets of assassins.

But since the 2016 election, the number of recorded threats against members of Congress has increased more than ten-fold, to 9,625 last year. pic.twitter.com/gHoQbLuKxg

The worst he has on former President Trump is Trump saying he wants to end Nancy Pelosi’s political career. That’s the worst Todd could come up with — typical campaign rhetoric.

Also note how Todd refuses to mention any of this…

Note how Todd plays video of Obama calling for peace, but fails to mention Obama’s violent rhetoric, or Joe Biden smearing half the country as dangerous, or the left’s 2020 assault on the White House…

Note how Todd connects DePape to MAGA because DePape asked “Where’s Nancy?” Note also how Todd fails to mention DePape is a Berkeley nudist living in a compound that flies the gay flag and Black Lives Matter banners.

Most of all, note how Todd expresses zero skepticism about what the government is telling him. Why? Because “believing your government without question” is what journalism has become. 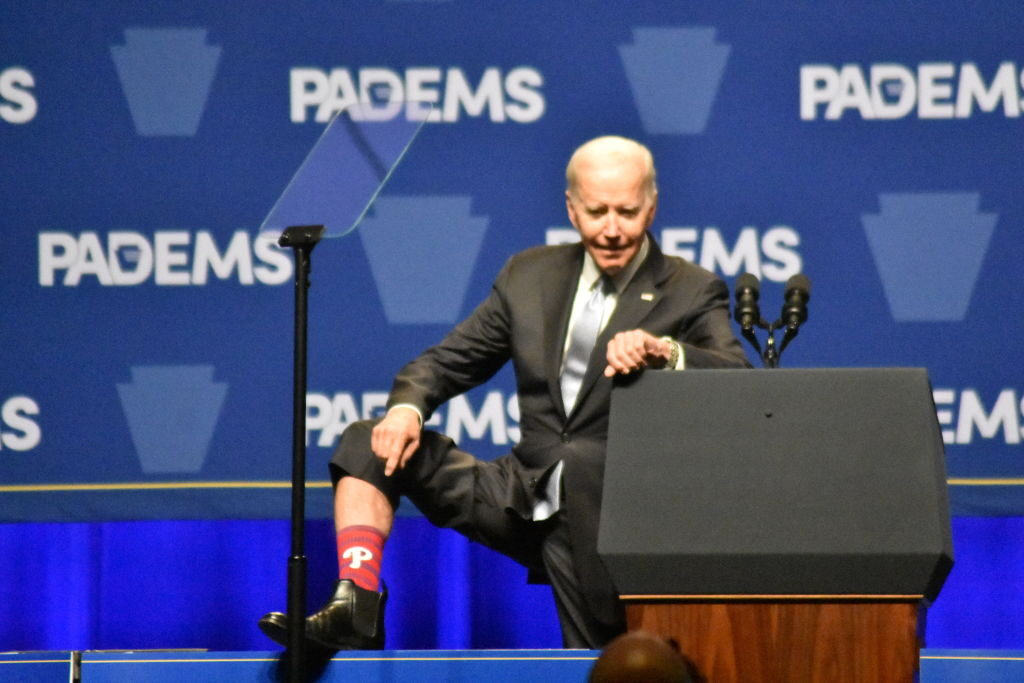 Todd’s idiocy — as well as the idiocy of his corrupt colleagues — is revealed in his belief that he can get away with this and that the public can be so easily bamboozled by audacious lies of omission. Todd lives in a world that no longer exists — one where he has a monopoly on information.

Well, sorry, pal… As your own fake news outlet proved last week — thanks to New Media — the American people are informed, know what’s going on, know the truth, and know what shameless liars you all are.