The family of Asia Bibi, a Christian mother acquitted of blasphemy in Pakistan Wednesday after nearly a decade on death row, is “living in straight terror” and seeking a Western country to grant expedited asylum in the face of violent protests calling for her death, the chairman of a charity aiding Christians in the country told Breitbart News on Thursday.

“Asia Bibi has suffered enough, she just needs a country willing to rub away any bureaucracy,” Wilson Chowdhry, the head of the British Pakistani Christian Association (BPCA), explained, adding that Bibi herself is “totally terrified,” and her family – her husband, three adult children, and two dependent children – are currently beginning the asylum process.

Embassies take days and sometimes months to process asylum requests, however, and Chowdhry noted that, given the amount of animosity against Bibi, she may not have that much time before someone attempts to kill her. 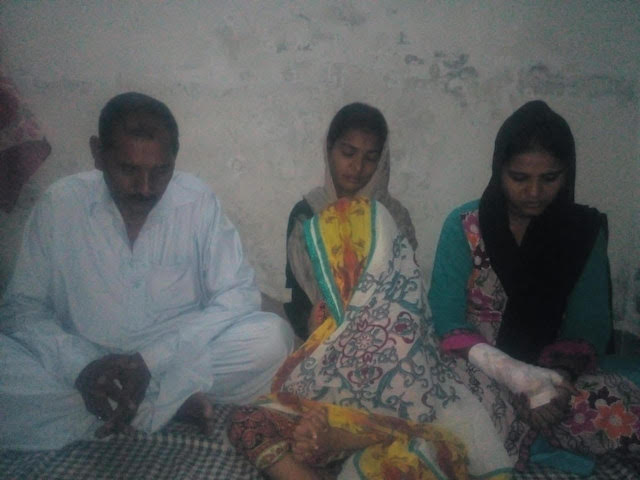 To prevent a mob killing, Chowdhry told Breitbart News, the family is requesting that a Western country “remove protocol and just accept them for asylum in the next two days.” He notes that, given the thousands-strong protests demanding her death in Pakistan, her case is an exceptional one with little need to prove she is in danger because of her religion.

The BPCA has launched a petition demanding asylum for Bibi and her family.

The family wishes to go to the West, he added, because outside of the region, Christian persecution is sadly all too common, and her decade-long struggle for freedom is internationally known. Near Pakistan, nations like Afghanistan, India, China, and Iran have extensive histories of persecuting Christians.

Bibi, a Roman Catholic, was arrested in 2009 after a dispute with Muslim colleagues, who accused her of tainting a cup of water by drinking from it as a Christian. The prosecution against Bibi alleged that she responded to abuse from her colleagues by insulting Islam’s Muhammad, a crime carrying the death penalty in Pakistan. She was found guilty and sentenced to hanging in 2010 and remained on death row until Wednesday.

On Wednesday, Pakistan’s Supreme Court acquitted Bibi, asserting the witnesses who testified to her blasphemy had lied and, by using Islam to defame others, had committed their own crime of blasphemy. Chowdhry told Breitbart News that Bibi remains in prison while the bureaucratic process to formalize her release occurs.

In response to the ruling, thousands of Islamists, most of the radical Tehreek-e-Labaik Pakistan Party (TLP), took to the streets of Islamabad and other major cities demanding her death and the death of the three judges who freed her. Many schools across the country shut down amid roadblocks and violence in the streets:

#Lahore under siege by Islamic clerics on acquittal of #Asiabibi .#Punjab government seems to have no plans to control the situation . pic.twitter.com/RbnKVoMCfd

Protest erupts against acquittal of #AsiaBibi by Supreme Court of #Pakistan. pic.twitter.com/CwUbh7bdra

Prime Minister Imran Khan, elected in large part due to support from Islamist radicals, delivered an extensive speech Wednesday, warning these groups to cease their protests and allow life to continue in the cities.

“Which government can function when people say that kill the judges, rebel against the army chief?” he asked. “Do not clash with the state. … The state will fulfill its duty [and] protect people’s properties and lives.”

Some Islamic clerics have responded by calling Khan a “Jew” or accusing him of working on behalf of unspecified Jewish groups:

Pakistan's Mullahs call for an uprising against "Jew" PM @ImranKhanPTI. Urge "Muslim" Army generals to stage a coup and topple current Chief Gen. Bajwa who they declare is an Ahmadi. In addition, they've declared the 3 Justices who acquitted #AsiaBibi to be lynched. pic.twitter.com/4RvtbepBzw

Experts on religious persecution who spoke to Breitbart News agreed that, in this climate, Asia Bibi’s life remains in imminent danger.

“I definitely agree that Asia Bibi is not safe in Pakistan, nor her family … nor any of the Christians in Pakistan (or those brave Supreme Court Justices) at this point!” Faith McDonnell, international religious liberty director for the Institute on Religion and Democracy, told Breitbart News. “Yes, Asia, her husband, and their children should definitely leave the country, and the U.S. SHOULD offer asylum. This is the perfect example of who SHOULD get asylum! An extremely credible fear of persecution, since the Islamist jihadists have sworn to kill her.”

“Now that Asia is free, it’s up to other nations, especially in the West, to offer her and her family asylum. In this current environment, she wouldn’t last a week in Pakistan,” Most Rev. Joseph D’Souza, founder of Dignity Freedom Network, a group that advocates for marginalized groups in South Asia, told Breitbart News. “Her safety has now become an international humanitarian issue, and the world must respond to it.”

“In the greater scheme of things, Asia Bibi’s case is a reminder that the West must press for reciprocal religious tolerance in its foreign policy,” he continued. “How is it possible for Muslim sheiks from the Middle East and Asia to travel freely to the United States and practice and propagate their faith, yet Christians back in their home countries cannot even meet in public?”

The Associated Press reported that France and Spain have offered Bibi asylum, while some reports named Canada as a potential new home for her. Some human right advocates in India have begun pressuring their country to allow her in, as well. As of press time, reports have not yet mentioned the United States as a final destination at press time.
Follow Frances Martel on Facebook and Twitter.