North Korea’s repressive regime – led in this charge by dictator Kim Jong-un’s sister, Kim Yo-jong – launched a campaign of insulting statements and threats of military action against Seoul last week as a response to independent South Koreans and North Korean refugees sneaking leaflets with news of the outside world into the country, as well as small shipments of humanitarian aid. North Korean state media has repeatedly referred to the individuals sending aid and banned information as “human scum” and vowed military action against South Korea in response.

On Tuesday, North Korea bombed the joint liaison office in Kaesong, leveling it to the ground. The office had been established in 2018 to facilitate civil dialogue between the neighboring states, exclusively at the expense of South Korean taxpayers.

South Korea has largely responded to the belligerence by targeting and threatening the South Korean citizens attempting to help their neighbors by smuggling in “illegal” news. North Koreans are only allowed to consume information approved by the communist regime. Seoul has used law enforcement to fine and otherwise censure challenges to the North, which has done nothing at press time to end North Korea’s threats of violence.

“There are many scars to heal in the relations between the two Koreas. In this situation, adding a new scar would make the effort to heal them more difficult,” Kim, said in his farewell speech, according to the South Korean newswire service Yonhap. “We should stop here. I strongly hope that my departure will create an opportunity for a brief pause.”

“I hope my resignation brings a new positive mood to the relations and provide us with the opportunity to reflect back on the status and role of the unification ministry,” he added, concluding that “hatred can’t be defeated by hatred” and accepting “all criticism” of his attempts to prevent a rise in tensions.

“He failed to achieve any notable progress in relations between the two Koreas and between the U.S. and the North amid a protracted stalemate,” Chosun Ilbo noted. “Kim leaves office with the dubious distinction of not having attended a single round of talks with North Korean officials, which in some ways is the unification minister’s sole raison d’etre.”

North Korea’s state media outlets continued to publish a flurry of insulting articles against South Koreans on Friday, not yet reporting any changes in the senior leadership of Seoul’s policies towards Pyongyang. 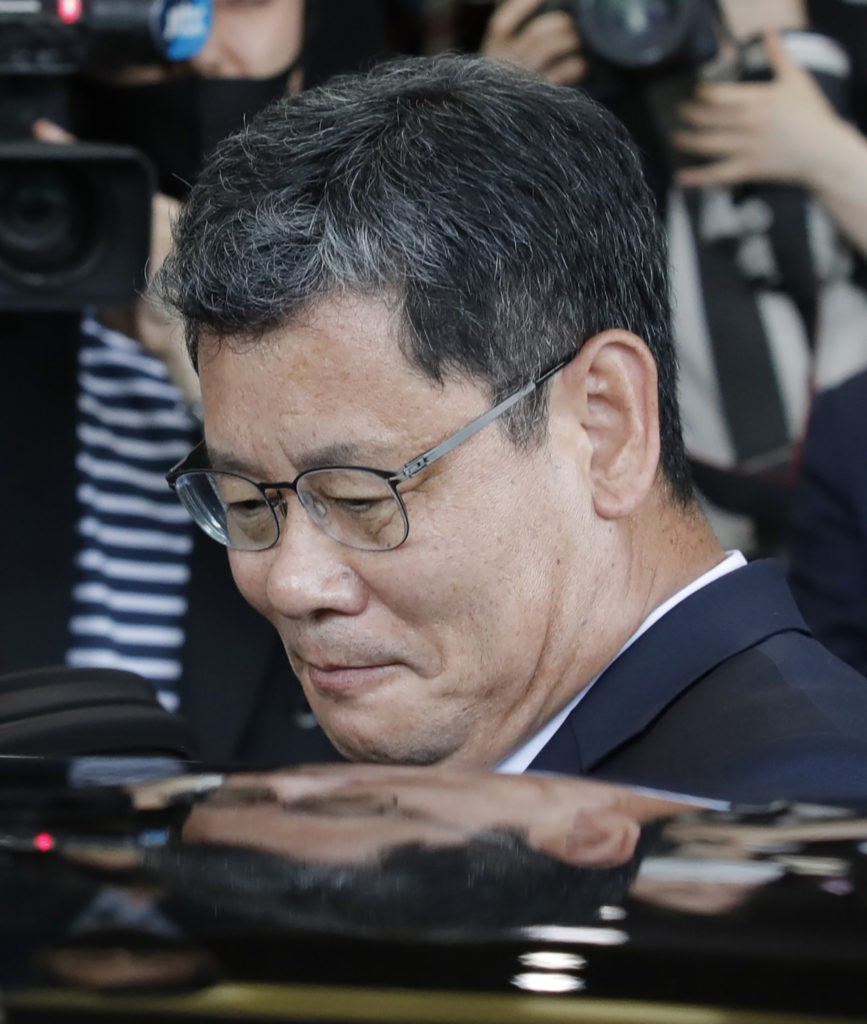 “The south Korean authorities have now lost control of themselves owing to the physical action which is just the first phase step of the primary action taken by the DPRK [North Korea],” the Korean Central News Agency (KCNA), North Korea’s main state propaganda outlet, asserted on Friday.

“The chief culprits, who had driven the inter-Korean relations into a total breakdown, came to the fore one after another as if they were struck with a bolt from the blue to claim that the full responsibility for the situation rested with the north and they would strongly cope with it, branding the measures taken by the DPRK as an unprecedented and senseless act and one never to have been done.”

“We are fed up with the disgusting acts of the south [sic] Korean authorities,” KCNA asserted. “They have connived at the leaflet-scattering by the human scum ten times last year and three times this year, reneging on the promise to halt hostile acts in the frontline areas. This has seriously offended us.”

KCNA went as far as to claim that leaflet campaigns into the country hurt North Korea’s response to the Chinese coronavirus pandemic. At press time, North Korea still claims to have documented zero coronavirus cases within its borders, which most public health experts consider to be false.

“Our people are firmly resolved to make the enemies pay as much as they afflicted us and insulted our most precious mainstay, without adding or deducting,” the newspaper affirmed on Friday. “At present our people, especially youth and students are firmly determined to launch the largest-ever leaflet scattering with a blitz in frontline areas.”

“Every moment will become the hardest one for the provokers because it will drive them into a tragic plight and they will never sleep in peace even a night,” Rodong Sinmun ominously concluded.

In another article, Rodong Sinmun compared the hatred of the North Korean people towards their Southern peers to “an active volcano.”

“It was not the first time and how can we tolerate it, this is a unanimous voice of our people across the country that we have to shower rubbish upon the land of human scum who engaged in all kinds of bad things,” the newspaper threatened.

In response to the vitriol, the government of leftist South Korean President Moon Jae-in reiterated on Friday its commitment to harassing South Korean human rights activists and North Korean defectors.

“In close cooperation with the police and local authorities, the government will beef up its crackdown, including the response on the ground,” Cho Hey-sil, a deputy spokesperson for the Unification Ministry, said. “We will push ahead to strictly prevent the act of sending leaflets and other materials into North Korea.”