“At the early stage of the outbreak of Covid-19 [Chinese coronavirus], Chairman Kim Jong-un … ensured that pre-emptive, timely, and strong emergency anti-epidemic measures were taken to prevent the inflow and spread of the pandemic,” Kim said, referring to Pyongyang’s decision to shut its border with China in January to limit virus transmission.

North Korea has consistently denied the existence of any official Chinese coronavirus cases in the country. Despite this, Pyongyang has implemented serious coronavirus countermeasures over the past six months, suggesting that it has battled a high number of cases. In addition to closing its Chinese border as early as January, North Korea locked down its third-largest city, Chongjin, in June, reportedly in response to a major local outbreak.

The following month, Pyongyang issued a maximum level emergency alert against the Chinese coronavirus and locked down an inter-Korean border city, Kaesong. The measures came after authorities admitted to identifying a suspected Chinese coronavirus case in a North Korean refugee who reportedly fled back to the North from South Korea. State authorities were careful never to officially confirm the case.

“In response to the continuing world pandemic infections, a series of state measures are now being taken to block the virus inflow into the country and all people adhere strictly to anti-epidemic regulations while maintaining the highest alert,” Ambassador Kim said on Tuesday. 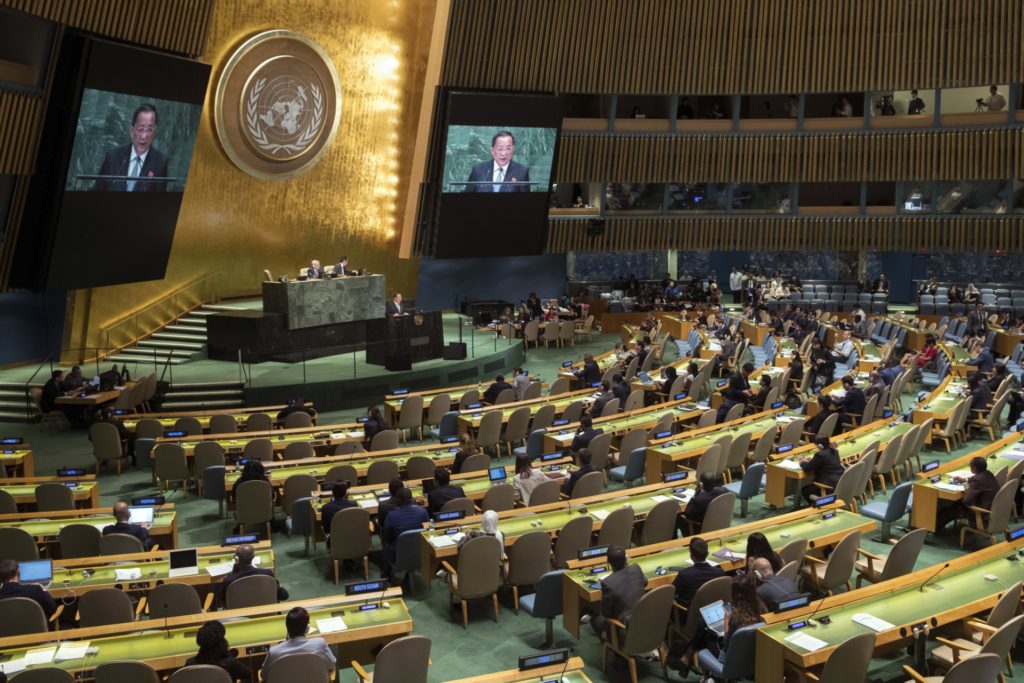 “The Government of the DPRK [Democratic People’s Republic of Korea] will not tolerate even a smallest bit of slackness or concession, but further strengthen the state emergency anti-epidemic measures until the danger of the pandemic inflow is completely eliminated,” he added.

“At a time when the world was despairingly drawn into a catastrophe of pandemic crisis, we in the DPRK launched the construction of Pyongyang General Hospital as a modern medical service facility for the people and its construction is now dynamically propelled in its final stage,” Kim boasted.

Kim reprimanded officials working on the project for soliciting funds to build the hospital from area residents after mismanaging the state-allotted budget, according to the report.