A court near Beijing sentenced Sun Dawu, a Chinese agricultural billionaire and outspoken critic of China’s ruling Communist Party, to 18 months in prison on Wednesday for a slew of offenses, including “provoking trouble,” a vague catch-all used by the Communist Party to jail dissidents.

A court in the county-level city of Gaobeidian, located 50 miles southwest of Beijing, convicted Sun on several charges, including “gathering a crowd to attack state organs, obstructing government administration, and picking quarrels and provoking trouble.”

Sun, 67, is the founder of Hebei Dawu Agricultural and Animal Husbandry Group. He was “prosecuted in a trial closed to the public alongside 19 family members and employees,” the New York Times reported.

Sun had asked the Gaobeidian Municipal People’s Court to “acquit the executives at his company who stood trial alongside him, saying all faults were his own,” according to the newspaper. “In its verdict, the court said only that the employees and his company would be punished, without providing details.” 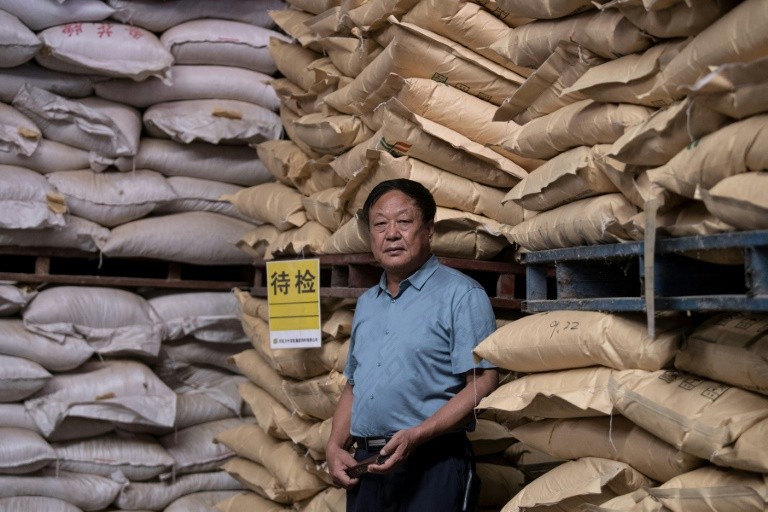 “Mr. Sun’s lawyers said in a statement that the other 19 defendants had received sentences ranging from one to 12 years in prison,” the Times revealed.

Sun founded Dawu Group in the 1980s as a small business based on raising chickens and pigs.

“The company later grew into a conglomerate with a wide range of businesses. Sun is the controlling shareholder with 43.75 percent as of November 2020,” Caixin Global reported on Thursday.

Chinese police arrested Sun in November “along with as many as 20 relatives and business partners” after Dawu Group “became embroiled in a land dispute” with a neighboring state-owned farm, according to Deutsche Welle. Dawu Group “employed over 9,000 people before Sun’s assets were seized by the state and employees forced out of work after his detention.”

Sun and six other Dawu Group employees were again arrested in April 2021 following a second state raid of his company.

“Sun and six others were held incommunicado under ‘residential surveillance at a designated location (RSDL),'” Radio Free Asia (RFA) reported on July 20.

“During RSDL, I once requested to be transferred to the detention center because my treatment produced misery beyond words and life was worse than death,” Sun told the Gaobeidian Municipal People’s Court on July 16, in comments translated from Chinese to English by his defense team.

“I went on a hunger strike for three days,” he said. “[Eventually] they gave me an hour of yard time. I saw the sun for the first time in three and a half months.”

Sun openly criticized the policies of China’s ruling Communist Party in recent years, “from its early handling of Covid-19 [Chinese coronavirus] to local government cover-ups over a 2019 outbreak of African swine fever that killed thousands of his pigs,” according to the Times.

“Mr. Sun’s 18-year sentence matched those given in recent years to two other businessmen,” the newspaper noted. “In 2018, Wu Xiaohui, a Chinese tycoon who rose to prominence after he bought the Waldorf Astoria Hotel, was sentenced to 18 years in prison for defrauding investors.”

“Last year, Ren Zhiqiang, a retired real estate mogul, was given an 18-year prison term after he called Mr. Xi [Chinese leader Xi Jinping] a clown in an essay,” according to the Times.

Sun in the early 2000s spoke out in support of expanded rights and freedoms for Chinese farmers and entrepreneurs, giving speeches in support of the cause at top Chinese universities.

“The speeches nettled [Communist Party] officials and brought him unwanted attention. In 2003 he was arrested on accusations of illegal fund-raising. A cast of academics, lawyers and journalists successfully campaigned for his release,” the Times recalled on Thursday.