Seven people were crushed to death Saturday as massed crowds fell against concrete barriers outside Kabul airport as they gathered to try to flee Afghanistan after the Taliban took control, according to Britain’s Ministry of Defence.

Panicked crowds were pushing forward in an attempt to board evacuation planes when the tragedy took place, Reuters reports.

“Conditions on the ground remain extremely challenging but we are doing everything we can to manage the situation as safely and securely as possible,” the UK Defence Ministry statement said on Sunday. 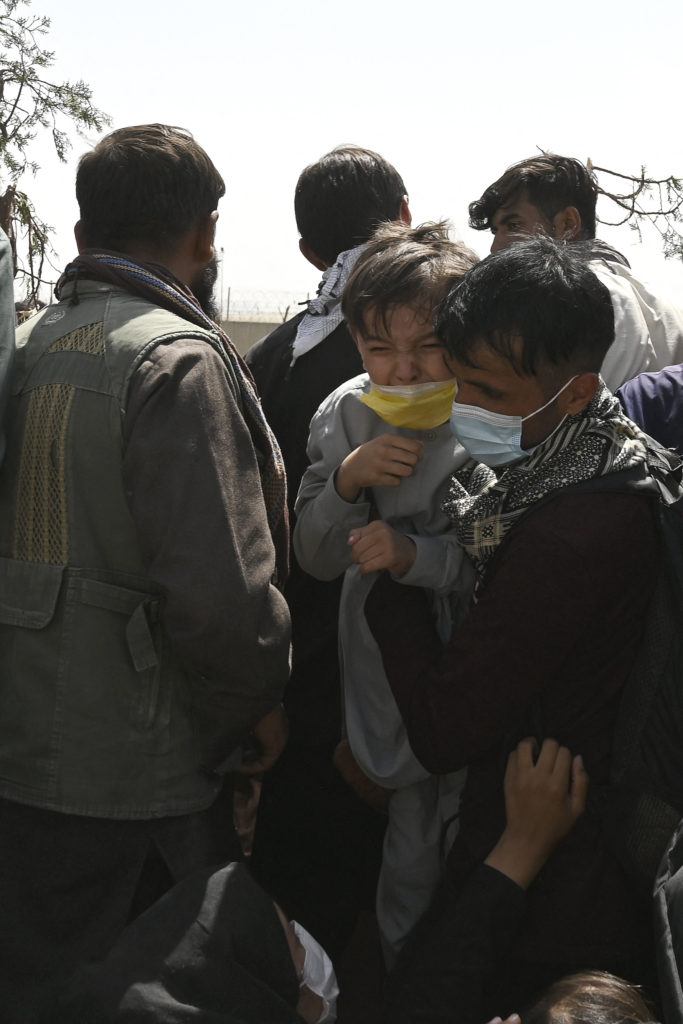 Terrified men, women and children on a roadside near the military part of the airport in Kabul on hoping to flee from the country after the Taliban’s military takeover of Afghanistan. (WAKIL KOHSAR/AFP via Getty Images)

Taliban fighters also sparked panic by firing into the air to drive off more people who were attempting to get past guards and into the airport.

“Our sincere thoughts are with the families of the seven Afghan civilians who have sadly died in crowds in Kabul,” the ministry statement added.

Sky News global correspondent Stuart Ramsay was outside of the Hamid Karzai International Airport where he reported seeing the frustrated crowd trying to get inside before it descended into deadly chaos.

“At the front of the queue people were being crushed to death,” he wrote, noting even as the soldiers fired into the air to desperse the crowd people still pushed forward.

One mother who lost her child in the deadly crush later detailed events that came as the crowd was reportedly sprayed with a hose to keep people cool in 30C temperatures.

“My heart is bleeding,” the girl’s mother, a former employee of a U.S. organization in Kabul, told the New York Times. “It was like drowning and trying to hold your baby above the water.”

The woman said her family — her husband, the two-year-old daughter, disabled parents, three sisters and a cousin — had been trying to secure a flight to freedom from Hamid Karzai International Airport when the crowd rushed the gates. 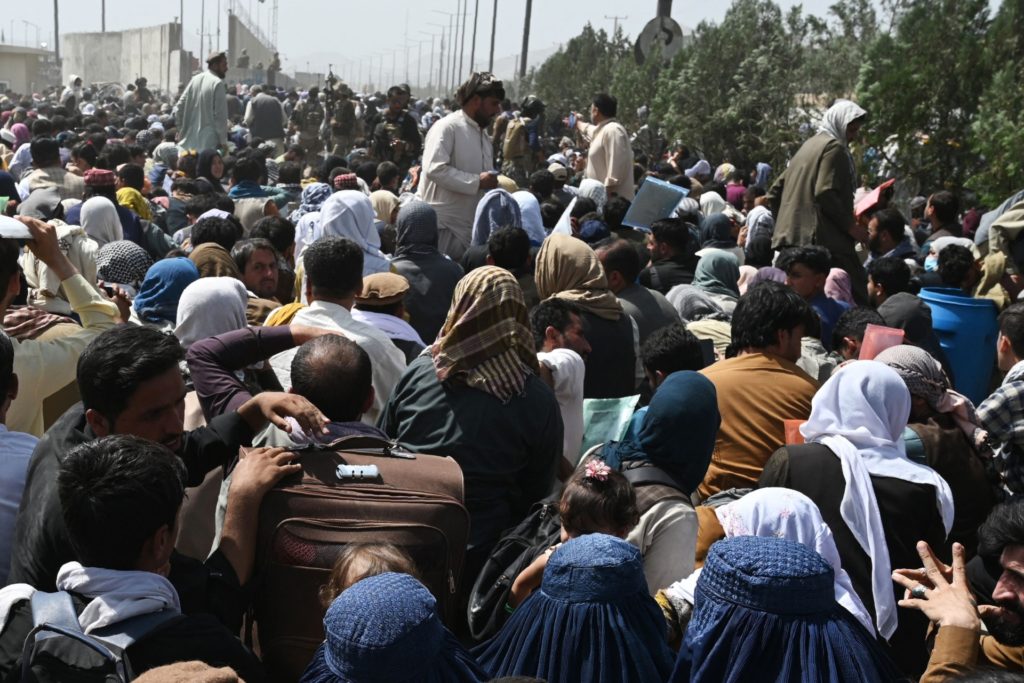 The distraught mother tried to search for her daughter, but found her lifeless, trampled by the mob.

“I felt pure terror. I couldn’t save her,” she told the Times.

She said her daughter had remained “brave” throughout the chaos in the country.

Most of the people waiting outside the airport do not have documents, TOLONews reports, and have little to no hope of ever escaping the Taliban.

A NATO official said at least 20 people have died in the past seven days in and around the airport. Some were shot and others died in stampedes, witnesses have said, Reuters reports.