Unidentified gunmen on Wednesday shot and killed Mohib Ullah, a high-profile advocate for the Rohingya, at a refugee camp for the Muslim minority group in Bangladesh, local police confirmed to Reuters on Thursday.

People around Ullah at the time of the shooting transported him to a hospital run by Doctors Without Borders on Wednesday night where he was declared dead upon arrival, the group confirmed.

“Our search mission is on to arrest the killers,” Islam assured Reuters on Thursday, adding that “extra police had been deployed at the camps.”

“If I die, I’m fine. I will give my life,” Ullah told Reuters in 2019 at the same office in Cox’s Bazar where he was fatally shot on Wednesday.

“If suddenly there’s an ‘accident,’ no problem. Every community worker gives his life at last,” he said ominously. 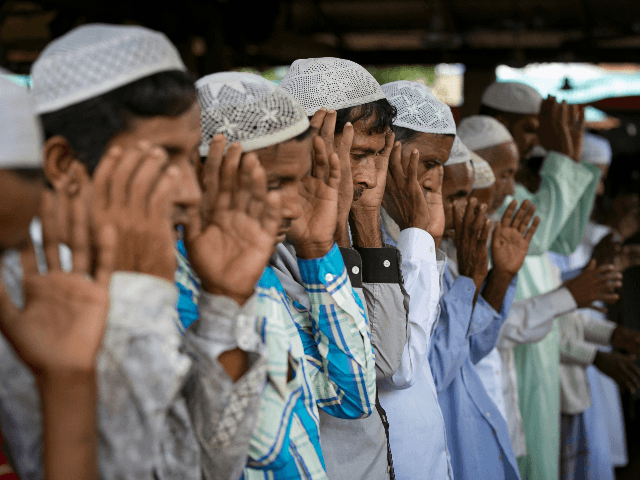 Ullah, 46, was the leader of the Arakan Rohingya Society for Peace and Human Rights (ARSPH). The group, founded in 2017, aims to “document atrocities against Rohingya in their native Myanmar and give them a voice in international talks about their future,” according to Reuters.

“In August 2019, Mohib Ullah rose to fame during the failed repatriation attempt,” Asian News International (ANI) recalled on Thursday. Ullah soon “emerged as a key refugee leader and had participated in international meetings representing the group,” according to the Indian news agency.

Roughly 750,000 Rohingya crossed from Myanmar into neighboring Bangladesh in 2017 in the wake of a state-led campaign against the group. International pressure forced Myanmar’s government to agree to repatriate the group, but two previous attempts in 2018 and 2019 failed after the Rohingya themselves refused to return.

Cox’s Bazar is the largest refugee camp in the world. It is a complex of multiple settlements housing mostly Rohingya refugees, who comprise 900,000 of its total inhabitants.

One of the settlements, named “Kutupalong Camp,” is home to most Rohingya refugees at Cox’s Bazar. It is one of two settlements in the complex funded by the United Nations through aid provided by several international governments.

Ullah was widely considered a moderate leader of the Muslim Rohingya people. His murder has already “created a huge leadership vacuum among the moderate Rohingyas across all the 34 camps in Cox’s Bazar,” the Dhaka Tribune reported on September 30, citing “people engaged with the slain leader.”

“They fear that the demise of the popular Rohingya leader will allow the groups with extremist views to gain more ground in the camps which might, in turn, become a serious problem for the government of Bangladesh,” the newspaper warned.

Ullah’s death “is all but certain to subdue the voice of the moderate Rohingyas, who will find it difficult to find a new leader of Mohib Ullah’s caliber,” the Dhaka Tribune predicted.

“Wednesday’s killing is also feared to make the law and order situation even worse in the camps, where armed groups reportedly fight among themselves and terrorize ordinary residents,” the newspaper added.