The government of Beijing, China’s national capital, announced Tuesday that it would cancel or limit flights into the city from other Chinese regions battling high daily rates of coronavirus for an indefinite amount of time, the state-run Global Times reported.

“Flights to Beijing from the capitals of provincial-level regions that have middle- or high-risk areas for COVID-19 [coronavirus] will be limited to one per day with less than 75 percent occupancy,” Beijing government officials said at a press conference on November 16.

“Flights to Beijing from cities that have middle- or high-risk areas are all canceled for now,” Ren Chaozhong, an official for the Civil Aviation Administration of China, said at the news conference.

People who have recently traveled to Chinese regions that reported new coronavirus cases in the past 14 days “or to counties with land ports” are barred from entering Beijing beginning Wednesday, according to the city’s government.

“Starting from Tuesday at midnight, any person who enters or returns to Beijing must present a negative nucleic acid testing result taken within 48 hours and a green health code,” Beijing government spokesman Xu Hejian told reporters at the November 16 news conference. 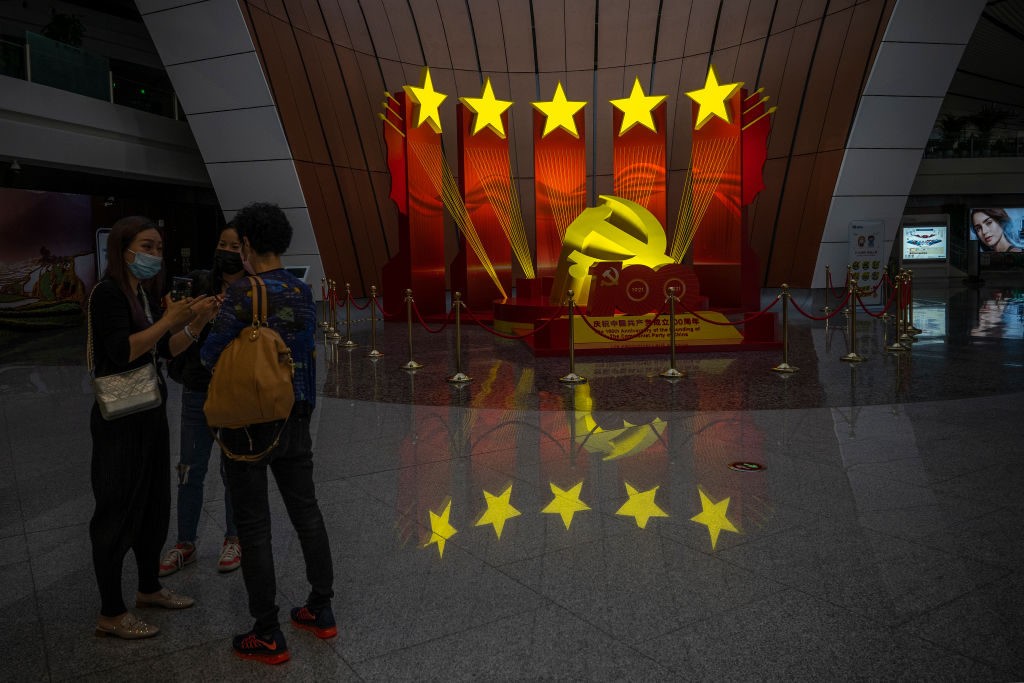 People stand in front of a sculpture celebrating the 100th anniversary of the founding of the Communist Party of China at Beijing Daxing International Airport on September 06, 2021 in Beijing, China. The 100th anniversary was celebrated on July 1. (Andrea Verdelli/Getty Images)

Beijing is governed as a municipality directly by China’s State Council, or chief administrative authority. The densely populated metropolis is home to nearly 21 million people, meaning it is extremely vulnerable to the nation’s latest coronavirus epidemic, which began on October 17. Beijing designated two of its own districts as “middle-risk areas” for coronavirus as of November 16.

Beijing health officials ordered surprise lockdowns for several housing compounds and other public spaces in the city’s central districts of Chaoyang, Haidian, and Dongcheng on November 11 after allegedly detecting a handful of new coronavirus cases in the neighborhoods.

“Live streams on local media of the areas under lockdown showed staff in hazmat suits piling up bags of food for residents stuck inside,” the news agency observed. 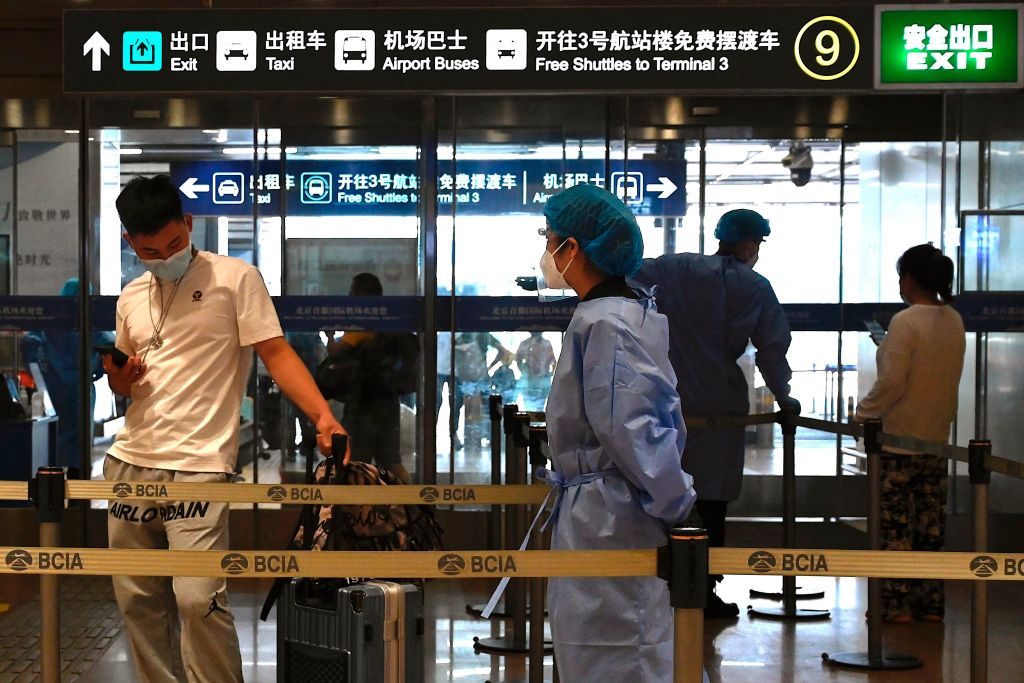 People with face masks and protective gear stand by an exit at Beijings Capital international airport on August 10, 2021. ( JADE GAO/AFP via Getty)

“Conferences and events should be held via video whenever possible, and the size of offline events should be minimized,” Pang Xinghuo, vice director at the Beijing Center for Disease Prevention and Control, told reporters at a press conference.

Beijing health officials said they did not document any new coronavirus infections in the city on November 16.