Senator Larry Taylor (R-Friendswood) accuses “storm-chasing trial lawyers, unscrupulous contractors, public adjusters, and case runners” of trolling neighborhoods to solicit lawsuit clients, making millions of dollars off the backs of regular consumers, who pay the price when their deductibles and premiums rise after a weather catastrophe hits. Hailstorms are the latest weather catastrophe to be abused by these bad actors.

A consumer protection bill authored by Senator Taylor is designed to eliminate catastrophic weather lawsuit abuse, while ensuring homeowners receive claims payments from insurers that are both fair and timely. The co-author of the bill is Sen. Van Taylor (R-Plano).

Forty-two counties currently have hail damage litigation. Three hundred lawsuits were filed in 25 Texas counties just during the week of April 15th-23rd of this year. Real damages totaling only a few thousand dollars are producing demands of $100,000 or more.

Those who are up-in-arms over hailstorm litigation say plaintiffs’ lawyers have raked in over $800 million in attorney’s fees from property damage lawsuits in recent years.

These bad actors caused a surge in lawsuits after hailstorms hit Hidalgo County in 2012. They have used television and radio, direct mail, and door-to-door solicitation to promote their agenda. 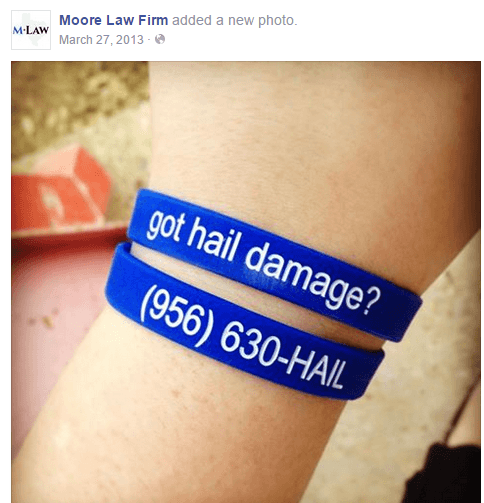 Plaintiffs’ lawyers are inflating actual damages, and applying mass tort litigation models to simple property damage claims. Insurance carriers say that in many cases, they have not even received a claim or communication from a policyholder prior to being served with a lawsuit.

Supporters of Senate Bill 1628 say 30% of hail and windstorm claims have become lawsuits, and at least 80% of these lawsuits were filed after the initial claim was paid. On the other hand, only a small number of consumer complaints have been filed. For example, just 24 consumer complaints from Hidalgo County were reportedly filed with the Texas Department of Insurance through 2014.

The bill requires notice of the claim before filing a lawsuit, with the amount of the claim and attorney’s fees specified. It also requires that the claimant indicate the total amount the policyholder will accept in settlement of the claim. The idea is to allow insurers a reasonable opportunity to settle legitimate claims after review.

The proposed law also requires a claim to be filed within two years of a property-damage event. Proponents of the bill say this is fair because property owners should know whether their property has suffered damage by the end of the two-year period.

The legislation clarifies that laws governing insurance fraud also cover contractors, estimators, and adjusters. Those covered by the law may not agree to waive, absorb, rebate, subsidize, or credit an insurance deductible, or provide an estimate for repairs that is inflated to exceed the deductible.

S.B. 1628 increases oversight of public insurance adjusters, including regulations preventing them from accepting fees unless they actually provide services, or soliciting clients for lawyers.

Other measures in the bill address problems caused by lawyers who sue Texas-based independent adjusters in order to forum-shop for a judge and increase litigation costs.

Breitbart Texas spoke with Joe Roseland from Mission, Texas, whose agency had over 2,000 property policies with Hochheim Prairie Farm Mutual Insurance Company. He said many of these policies involved older homes valued at under $100,000.

Hochheim Insurance served the underserved, with annual premiums for these dwellings ranging from $400 to $700.

Roseland said that since Hochheim has withdrawn from the market in Hidalgo County, premiums for lower-value dwellings have more than doubled. Many homeowners are now unable to afford the increased premiums, and are uninsured as a result.

He added that Germania Insurance Company has also pulled out of Hidalgo County. Roseland said the poorest residents have been hit hardest by the loss of affordable options from these providers.

Roseland told Breitbart Texas that after the devastating hailstorms of March 29th and April 20th of 2012, insurance companies were besieged with claims. He said that right before the two-year deadline in 2014, public adjusters were hanging flyers door-to-door, soliciting at supermarkets and flea markets, and even standing on street corners with signs soliciting claimants for “hail damage” litigation. 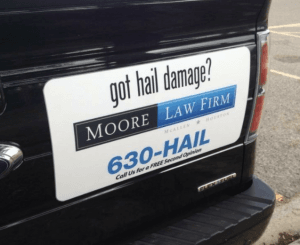 The flurry of activity in the last four months before the filing deadline produced over 4,000 additional lawsuits.

Roseland gave examples of how attorney involvement impacted claim settlements. One of his examples was from central Mission, Texas, which was on the western edge of the hailstorm. This area experienced a minimal amount of hail. The adjuster’s estimate of damage in the case cited by Roseland was approximately $7,000. The claim was paid by Hochheim, but the insured nevertheless hired a trial lawyer, and the claim was eventually settled in 2014 for an additional $194,000. He said repairs have yet to be made on this home.

Texas Watch is a group that bills itself as a consumer protection, citizen advocacy, and corporate accountability group. Senator Larry Taylor, author of S.B. 1628, has accused it of being a “trial lawyer front group.”

The conservative senator says Texas Watch and other groups acting on behalf of trial lawyers are “consistently distort[ing] the truth.” In a statement obtained by Breitbart Texas, Taylor said these groups falsely characterize his bill as “stripping” policy holders of their right to timely payments, or even the right to collect any of their homeowner insurance benefits.

“Texas Watch has long tried to deceive the public by portraying themselves as a pro-consumer group, but according to their filing with the Texas Secretary of State, the seven-member board of Texas Watch is dominated by personal injury trial lawyers and their allies, including the longtime spokesman for the Texas Trial Lawyers Association (TTLA) Willie Chapman, and Dallas trial lawyer D. Shawn Stevens,” said Senator Taylor. “The Deputy Director of Texas Watch, Ware Wendall, is a personal injury trial lawyer. Distorting the intent of this bill and creating fear in policyholders protects trial lawyers’ businesses and wallets.”

Senate Bill 1628 has been passed in the Senate and is now in the Insurance Committee of the Texas State House.