Texas Lt. Gov. Dan Patrick spoke to media in Fort Worth Tuesday about parental rights, local control, the role of the school, and the job of the superintendent. On Monday Patrick called for the resignation of the Fort Worth Independent School District superintendent that unilaterally adopted transgender bathroom guidelines without public input.

“The job of a superintendent is not to be a ‘social engineer,’” said Governor Patrick at Fort Worth ISD’s administration building minutes before the Board of Trustees convened for their monthly meeting on May 10. The Lt. Governor called upon Superintendent Kent Paredes Scribner to “rescind these guidelines” and step down, admonishing him for bypassing the community before implementing transgender guidelines. The new rules mandate that transgender students may use the restroom of their choice. 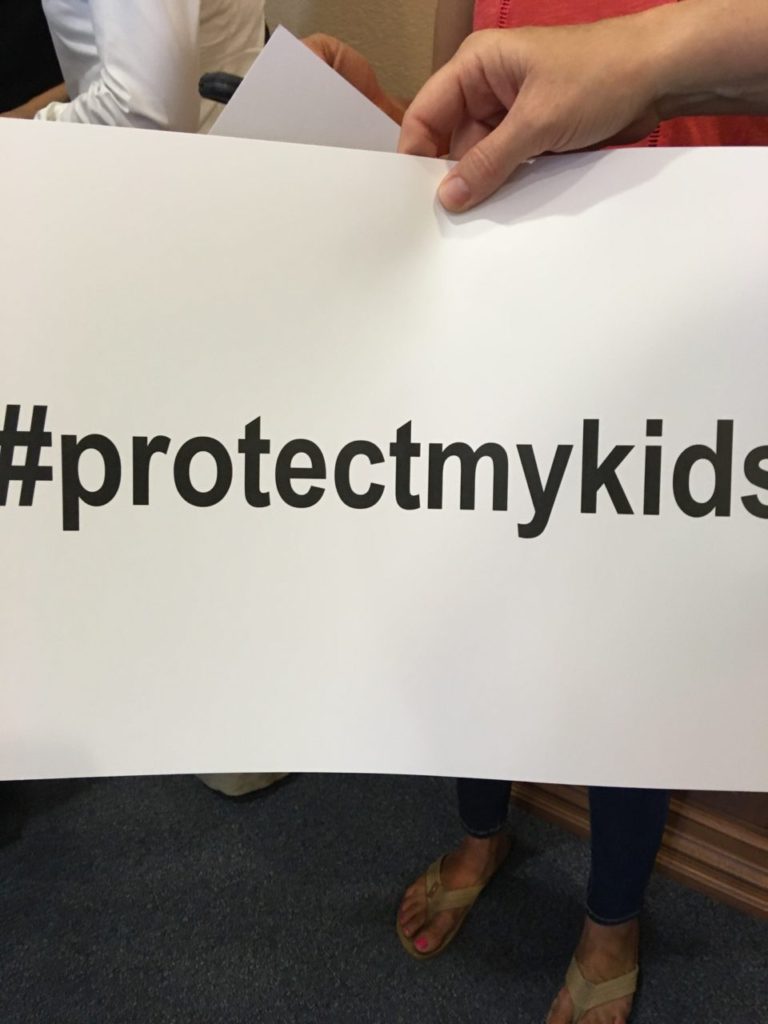 “If he wants to try ‘social engineering’ he’s in the wrong job,” said Patrick, who added the role of a superintendent was to prepare students to succeed academically. Patrick called the guidelines “not well thought out.”

“Local control is not about any one superintendent saying this is my policy and never taking it to the board, never taking it to the people. That’s what happened in this case,” said Patrick, who also disputed proponent’s claims that the guidelines are valid through Title IX of the 1972 Education Amendments Act, a federal law which prohibited sex discrimination in order to receive federal funds.

Earlier Tuesday, Breitbart Texas spoke to Cindy Asmussen, Concerned Women for America (CWA) of Texas legislative director. She underscored that Fort Worth ISD “is making the guidelines look as if they are in accordance with governing law but there are no federal or state laws, statute, or court opinions which say these transgendered guidelines should or need to be implemented.”

Texas Attorney General Ken Paxton weighed in on the matter, scribing a forceful letter to Fort Worth ISD School Board President Jacinto A. Ramos, Jr., in which he expressed his “strong concern that this policy violates provisions in the Texas Education Code that give parents an unequivocal right to information regarding their children and is motivated by a misguided view of Title IX,” Breitbart Texas’ Lana Shadwick reported. 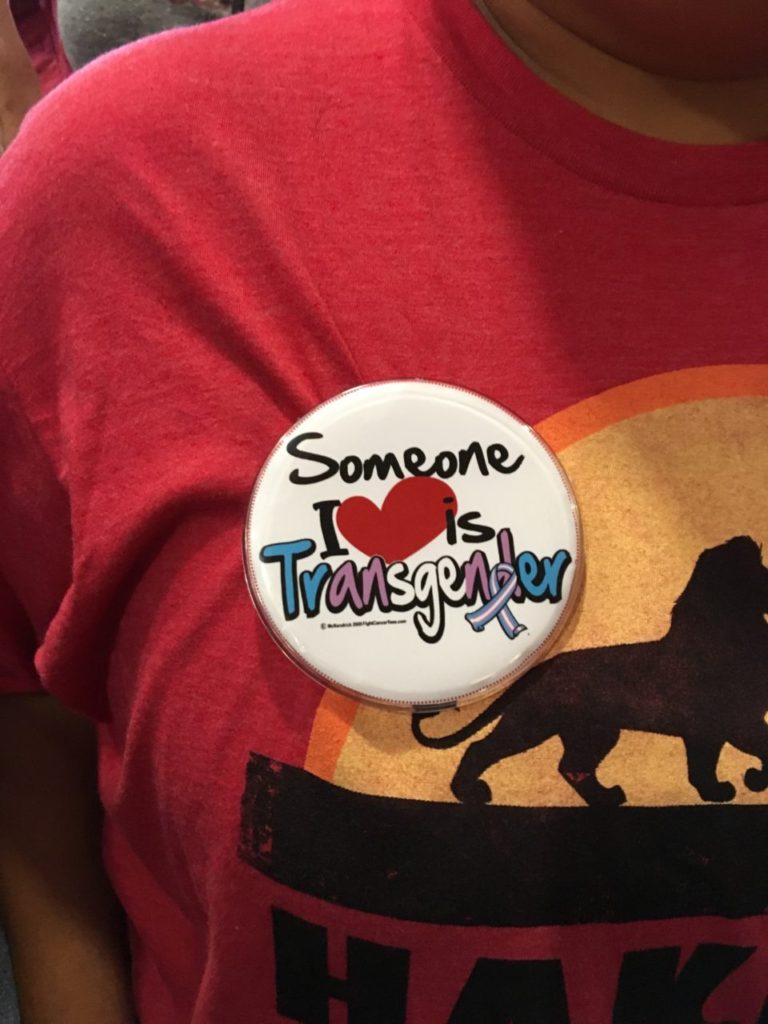 Some came out in support of transgender people and the superintendent. (Photo Courtesy of Concerned Women for America of Texas)

“School districts are not required to make any transgender policy changes by Texas or Federal law, even if it is the desire of bureaucrats from the Department of Education to make up new definitions and set up interdepartmental guidelines without having any amendments to the law passed by Congress,” said Asmussen.

“The Department of Education Office of Civil Rights is bullying school districts into believing they have no choice but to make these policy changes, but parents are standing up such as the case where a group of 51 families whose children attend a high school in Illinois filed a federal lawsuit attempting to reverse a policy that allows a transgender student to use girls’ bathrooms, locker rooms, and other sex-specific facilities,” she added.

The flawed logic in the bathroom guidelines provided the opportunity for Patrick to broach parental rights, something guaranteed in Chapter 26 of the Texas Education Code and which the Lt. Governor stated the district’s transgender policy violates in bypassing parents. Instead, it authorizes school counselors to discuss issues with a transgender student’s parents on a “need to know basis or as the student directs.”

“Parents have a right to know” said Patrick, “unless there is abuse or danger at home and, in that case, it’s not up to the school to decide.” The Lt. Governor cited law enforcement and other officials as resources to investigate homes that may not be safe for a minor. Conversely, Scribner later placed the responsibility within the public education system, asserting they are “ethically required” to investigate and protect a student, if necessary.

Patrick recounted signing state S.B. 205 in 2011, anti-bullying and anti-harassment legislation. “I believe in protecting every student. If there is a transgender student who feels like they’re being harassed and bullied we have laws in place to take care of that. But you don’t turn the 78,000 other students [in a school district] on their head and say we’re switching everything for you,” said Patrick.

He cautioned, social engineering is not what public education should be about. “If this country goes down the path of social engineering in our schools and takes their focus off their real core mission, I believe you are going to see the end of the public school system as we know it because more people will homeschool, more people will try to go to private schools, or will attend charter schools. This is not what parents signed up for.”

Shortly thereafter, the board meeting began. Scribner gave his report to a packed room of parents, students, community members, and taxpayers, who stood on both sides of the issue. He said: “This policy is nothing new. In June 2011, the Fort Worth ISD board of trustees updated our non-discrimination policy. A year later, in 2012, we added protections against gender-based harassment.” 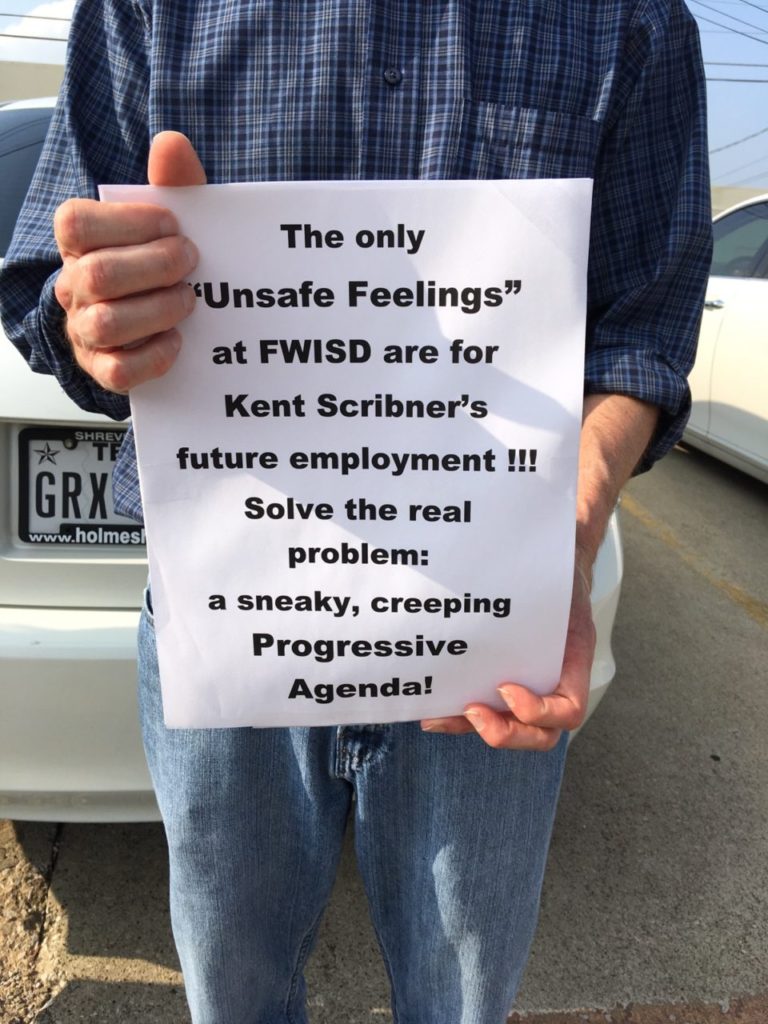 (Photo Courtesy of Concerned Women for America of Texas)

The superintendent emphasized, “This is not a bathroom policy. These are guidelines that simply provide campus personnel with the direction to support all kids in a balanced and dignified way.”

Despite Scribner verbally positioning the guidelines as suggestions for creating “supervised, safe, and respectful place to protect everyone’s privacy and dignity,” the verbiage in the Transgender Student Guidelines states more concretely: “Failure to comply with these ‘Guidelines’ may result in adverse employment actions.”

Asmussen told Breitbart Texas, “The Fort Worth ISD guidelines are requiring employees, under threat of suffering adverse employment action, to call a student by whatever name or gender that student wants to be called even when absent of a court order or official change of birth certificate, or without he parent’s knowledge.”

Scribner said, “I respect the Lt. Governor’s opinion but I also respectfully disagree.” The superintendent said he only is interested in protecting, educating, and serving the students.

CWA North Texas Area Director Mary Smith attended the meeting, observing the general civility on both sides of this hot button issue. “Everyone wanted to be there, wanted to go on record,” she told Breitbart Texas, although she expressed disappointment that mainstream news media outlets gravitated towards pro-transgender bathroom bill-types wearing red shirts and carrying rainbow signs.

State Rep. Matt Rinaldi (R-Irving) was among the state’s elected officials to attend. He told Breitbart Texas that social engineering has “no place in our schools.” He strongly encouraged the school board “to reverse this policy and terminate the superintendent.”

Former Fort Worth City Councilman Joel Burns, now LGBT advocate, called Patrick a “bully” Tuesday, accusing him of coming to town not to solve problems but to cause them. Burns gushed over Scribner. The school board stood behind Scribner as did Fort Worth Mayor Betsy Price.