HOUSTON, Texas– Trump supporters who are concerned about the “civilizational jihad” waged by open borders globalists, protested in Houston at an event put on by one of the non-profits they say receive millions on resettling refugees in American communities.

The protestors gathered outside the pro-refugee event to support President Trump’s order on travel immigration. Organizers said a restriction on refugee resettlement is necessary to protect communities from terrorism and “civilizational jihad.”

Breitbart Texas was at the protest at the Asia Society of Texas in the posh Museum District in Houston. 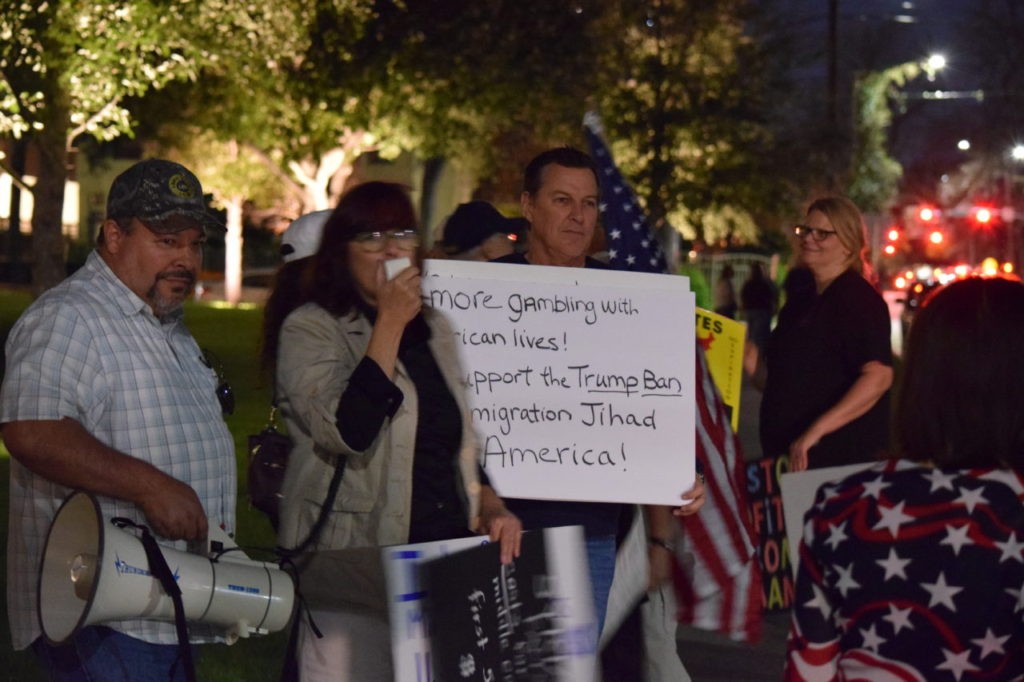 One of the activists carried the sign – “No more gambling with American lives! I support the Trump Ban  Stop migration Jihad in America!” 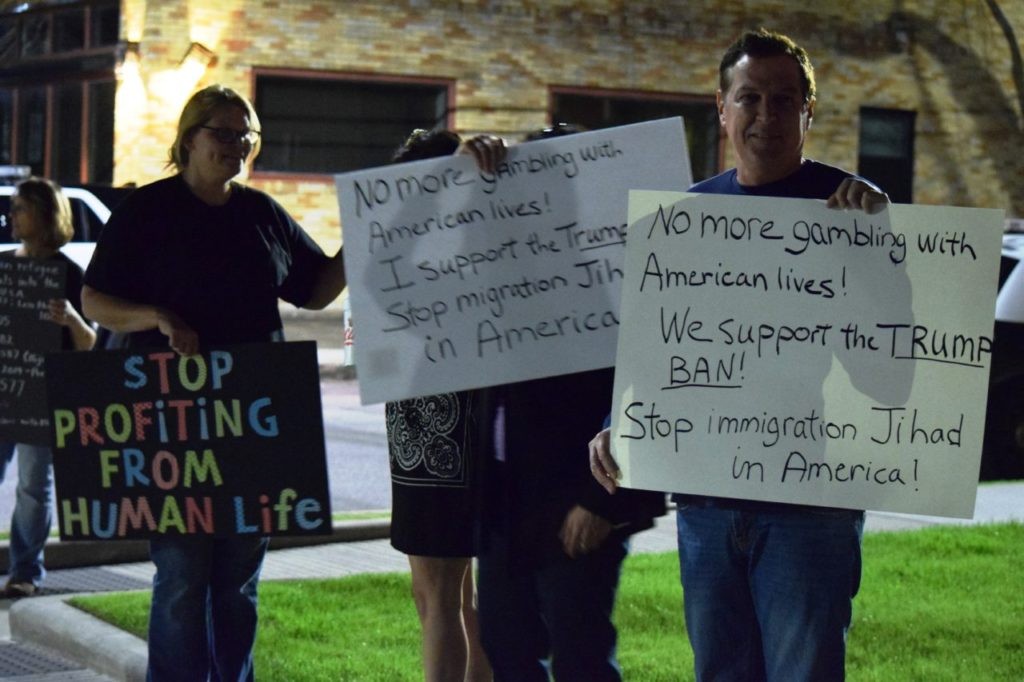 Another protester carried a sign that said, “Everything I ever cared to know about Islam Was taught me by Muslims on 9-11-2001.” 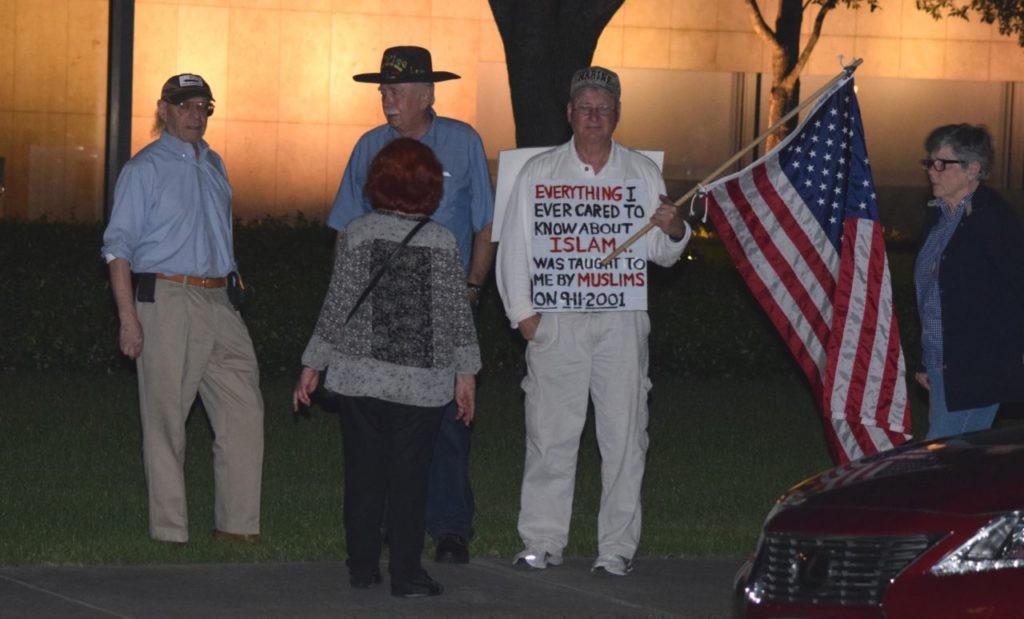 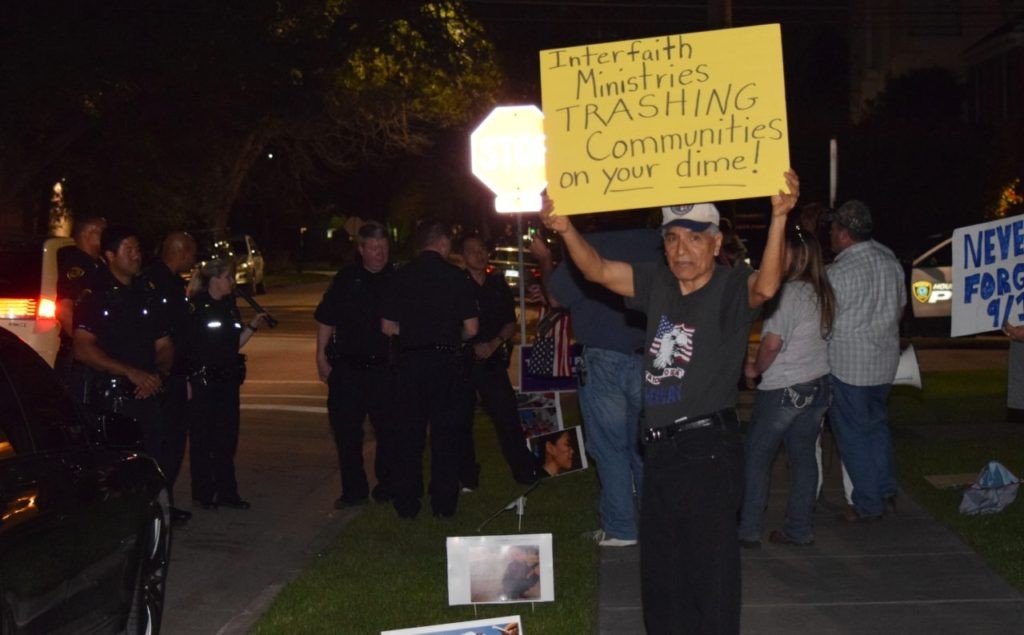 Another one said, “Interfaith Ministries TRASHING Communities on your dime!” 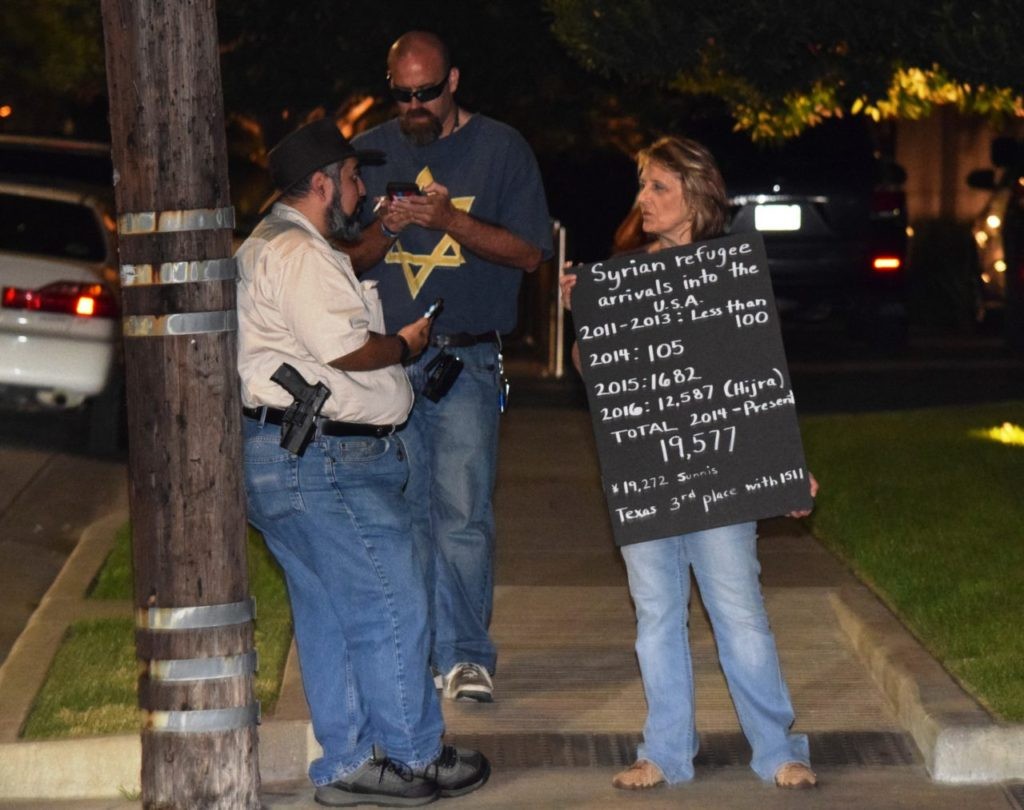 “Muslim immigration is a form of jihad through colonization called hijra, which [Ann Corcoran] reports dates back to the time of Mohammad. According to Corcoran, the Muslim Brotherhood pursues the hijra strategy,” reported Breitbart News in 2015.

This globalization of Islam in the United States was financed and aided by the Obama administration, said those gathered at the event.

Corcoran wrote a book entitled Refugee Resettlement and the Hijra to America and warned that immigration is part of a Muslim’s religious duty to spread Islam. “If you don’t help counter the hijra, we are in my opinion, doomed,” warned Corcoran when she spoke to Breitbart News.

She noted that the Libyan leader Muammar Qaddafi said Europe would not be conquered by guns and swords but by Muslim immigration. This prediction has become shockingly evident.

Most Americans have no idea how their communities are becoming unrecognizable and overcrowded, and increasingly dangerous. ‘Non-profits’ are facilitating the resettlement of refugees, many from ISIS-controlled areas. Concerned Texans are demonstrating in opposition to these refugee floods, and in support of President Trump’s temporary travel ban. After California, Texas is the second in the number of refugees, and Houston is the top city for resettlement.”

Theiss also said, “Interfaith Ministries received $11.6 million in federal tax dollars in 2016. Tonight they are using some of that money to deliver a message that compares President Trump’s immigration enforcement to Japanese internment during World War II.”

An Asia Society link on their website promoting their event states:

Under Executive Order 9066, the U.S. government designated military zones in the name of national security, and the result was the mass internment of Japanese Americans. Although the official exclusion area surrounded the Pacific frontier, discrimination against Americans of Japanese ancestry occurred from coast to coast. Japanese Americans have not been the only victims of intolerance in U.S. history. Unfortunately, German, Hispanic, and Italian immigrants, among others, have experienced their own struggles in acceptance from mainstream America. In today’s post-9/11 world, Muslim Americans are also the targets of similar prejudice, hatred, and violence. Moreover, proposals to visually identify Muslim Americans have been critiqued as tactics reminiscent of the 1930s and 40s. Join Asia Society to discuss the memory of Japanese American internment, the current status of the community, what it means to be Muslim American in the 21st century, and how we can foster a society more welcoming to Americans and immigrants of all backgrounds.

“They are claiming Trump’s executive order is discrimination,” Theiss added. “We are here to add balance to that discussion.”

Another protester, Montgomery County activist Bob Bagley, told Breitbart Texas, “We shouldn’t be taking dollars from taxpayers and donating them to charitable organizations. If people want to give their own money, that’s one thing. Amassing it from taxpayers is a totally different thing.”

“We need to take a stand against illegal immigration and unvetted refugees,” a woman who wished to keep her name private told Breitbart Texas. “We don’t need to ‘Germanate’ or ‘Swedenate’ America,” a reference to the immigration nightmare being faced by Germany and Sweden. 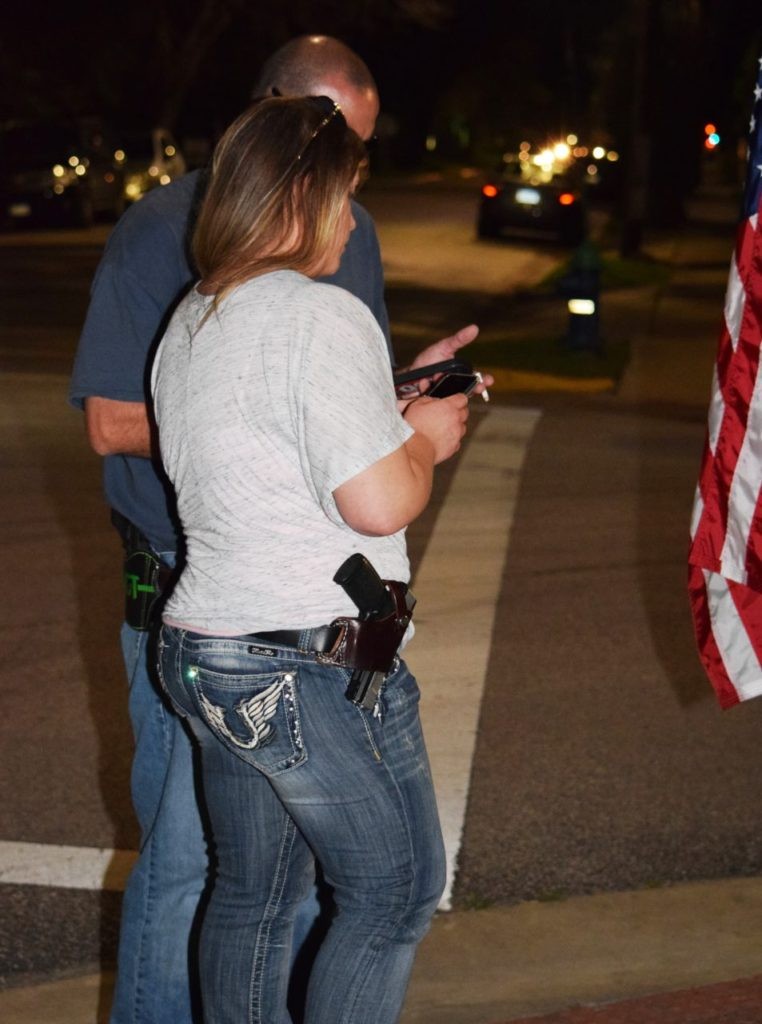 Constitutional carry advocates were part of the event and used the protest to demonstrate their right to open carry.

Breitbart Texas covered another rally by this group when they protested against an Arabic Immersion Magnet (AIM) School set up by the Houston Independent School District (HISD) – the seventh largest school district in the U.S. They were at the school calling the pre-K and kindergarten program “civilizational jihad.” The group of protestors billed their event as “Stop the New Jihad!” They warned that the Texas school district was planning to expand grade levels in the AIM school every year.

Local “Stop the Magnet” activist, Liz Theiss told Breitbart Texas at the time, “Civilizational Jihad is what we feel is a network operating within the U.S. to promote Arabic culture and language, and it operates through stealth within the community to create trust.”

Theiss says this strategy is listed in the Muslim Brotherhood’s Strategic Plan for North America. The plan was seized by the FBI during the largest terrorism financing trial in United States’ history, as reported by Breitbart Texas.