Mexican authorities arrested a sexual predator allegedly responsible for forcing dozens of underage girls into prostitution in Texas, New York, Alabama, Florida, Georgia, and South Carolina. The man was listed as one of the top 10 most wanted fugitives by U.S. Immigration and Customs Enforcement.

The arrest took place in the State of Puebla by members of Mexico’s Federal Police and Interpol; who were able to track down 37-year-old Saul Romero Rugerio, information released by the Mexican government revealed. The man is described by Mexican authorities as a leading figure in a criminal group tied to a drug cartel that dealt with the smuggling of victims into the U.S. for forced prostitution. 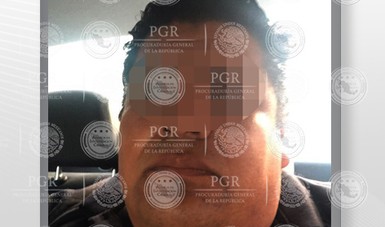 Romero Rogerio is expected to go before a Mexican federal judge in Tlaxcala on charges of engaging in organized criminal activity with intent of trafficking minors for prostitution. The man also has a pending warrant of extradition by U.S. authorities.

The United States’ case against Romero began in 2008 when U.S. ICE and FBI agents in Atlanta rescued eight women who had been smuggled illegally into the country and were forced into prostitution, information provided to Breitbart Texas by ICE revealed.

According to information provided by ICE, in August 2007, Romero lured his first victim, a girl from Mexico, who was 17-years-old at the time; the victim was smuggled into the U.S, repeatedly raped and then forced into prostitution. By December 2007, Romero met his second victim, a woman from El Salvador who was left behind by her human smuggler in Mexico. Romero allegedly kept the woman locked in his home, raping her multiple times. Eventually he smuggled the victim into the U.S. and forced her into prostitution.

Romero’s brother and co-conspirator Miguel Romero pleaded guilty in 2010 to human smuggling charges and was sentenced to five years in federal prison.