Wildfires raging in the Texas Panhandle, Oklahoma, and Kansas claimed the lives of at least seven people and numerous cattle. 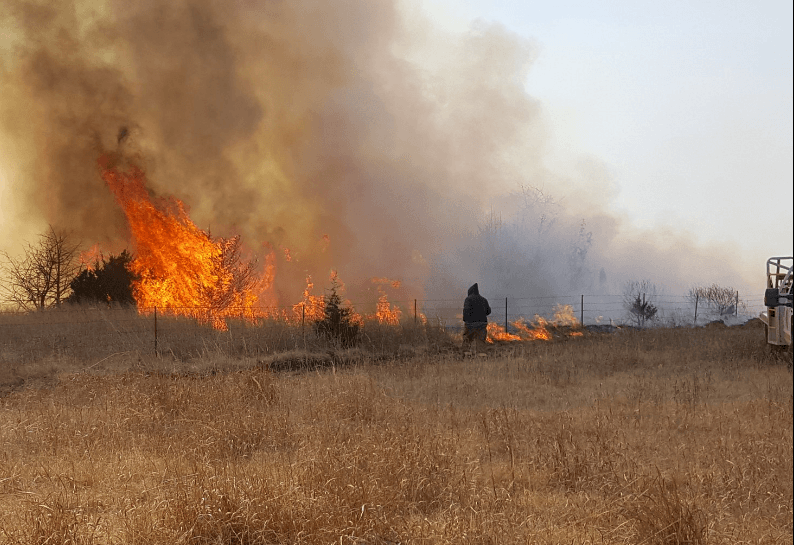 The 28,000-acre fire near Dumas, Texas, is reported to be 100 percent contained as of about 8 a.m. Wednesday morning. The largest fire, located near Ochiltree, Hemphill, and Lipscomb Counties, is 60 percent contained. The fire consumed at least two homes but skirted by the southern end of the City of Higgins. The “Perryton Fire” covers 315,135 acres, nearly half the size of the state of Rhode Island.

Five Texans lost their lives in the fires. The deaths include three ranchers who died attempting to rescue their cattle. The victims are Cody Crockett, 20, Sydney Wallace, 22, and Sloan Everett, Gray County Judge Richard Peet told CNN. Wallace died from smoke inhalation while the fire severely burned Crockett and Everett, the judge said.

The fires left at least five firefighters injured near Amarillo.

In Kansas, Governor Sam Brownback told CNN one man died from smoke inhalation in Clark County. He had exited the 18-wheeler he was driving and became overwhelmed by the smoke. The fires in Kansas destroyed at least thirty homes, officials stated. It consumed more than 350,000 acres and is now about 50 percent contained.

Thousands of people in Kansas evacuated their homes in advance of potential fire danger.

A 63-year-old woman in Oklahoma also died from circumstances surrounding a 125,000-acre fire in that state. The woman suffered a heart attack while helping her husband fight a fire in Harper County.

Winds that have been fanning the Texas Panhandle fires are expected to die down later on Wednesday.