HOUSTON, Texas — News reports and social media messages indicate there may have been a shooting at the Memorial City Mall on Saturday night. One hour later, Houston police say the reports are false. The incident appears to have been a smash and grab robbery.

Houston news media outlets and users of social media are reporting a possible active shooter or some type of shooting at the holiday-packed Memorial City Mall in Houston on Saturday night. First reports came out at about 7:45 p.m. CST. There are no official reports at this time but at least one Twitter user said there may be fatalities.

UPDATE 9:40 p.m.: Breitbart Texas spoke with 15-year-old Mikayla Howard who was in the mall at the time of the incident. “I was shopping for dresses when a frantic lady came over the speaker and told us to get out of the store,” she said. “I heard some loud noises and people started running saying there was a shooting. I have never experienced this type of fear before. Seeing all the people running scared out of the mall is something I will remember forever.” 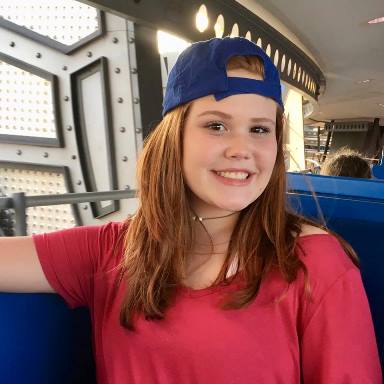 UPDATE 9:05 p.m.: Houston Police Chief Art Acevedo tweeted that the reports of a shooting at the mall are “false.” The incident turned out to be a “smash and grab robbery at a jewelry store.”

Reports of active shooter at Memorial City Mall have been confirmed to be false. Situation is stable and under control by @houstonpolice incident was actually a smash and grab at a jewelry store. No shooting or injuries have occurred.

UPDATE 9:00 p.m.: Houston Police tweeted a confirmation about reports of shots at the mall. Police say at this time, “there’s no evidence a shooting has occurred. Very fluid, active scene.”

We received a call about 745pm of possible shots fired at Memorial City Mall. Several officers responded. At this time, there’s no evidence a shooting has occurred. Very fluid, active scene. PIO is en route.

The scene at the mall became chaotic as people tried to flee the scene while emergency responders poured into the mall.

The Houston Chronicle reports that a call came in to the Houston Police Departement at 8:05 p.m. Police officials told the local newspaper there is “pretty big chaos” and a “possible active shooter.”

Facebook user Jose Fernandez posted a video from inside Memorial City Mall. “Somebody got shot or something.” He said there are possibly bodies laying near the Macy’s store.

Twitter user David Velez, @NJJETS, tweeted a photo from inside a bathroom in the mall. The photo shows the door baracaded with furniture and people hiding in fear.

Twitter user @DuckgonAnimates posted a video of people being evacuated from inside the mall. “There has been a shooting in Memorial City Mall,” he posted. “We have just been escorted out of the mall and have safely returned home.”

THERE HAS BEEN A SHOOTING IN MEMORIAL CITY MALL, IN HOUSTON TEXAS. WE HAVE JUST BEEN ESCORTED OUT OF THE MALL AND HAVE SAFELY RETURNED HOME. pic.twitter.com/36uzYCc9z1

I just ran out of Memorial City Mall there’s a rumored shooter to be there shots were rumored to be heard at Macy’s but no injuries or deaths. Police are everywhere and people are evacuating.

Editor’s Note: This is a developing story and will be updated as new information becomes available.