The law enforcement agents and their commander are accused of protecting and leaking secret information to a CDG cell that worked on the theft of fuel in the border states of Nuevo Leon and Tamaulipas.

Breitbart Texas obtained documents that are part of the federal investigation where prosecutors asked for the arrest of Oscar Rolando Garcia Cisneros, the top commander for the Federal Police in Nuevo Leon. Additionally, the documents call for the arrest of agents Jesus Antonio Gonzalez Lara, Adrian Oliverio Villarreal Jauregui, Jose Matilde Cornejo Quijano and Rosemberg Cuello Robles. All of the officers are members of the Intelligence Division of Mexico’s Federal Police. 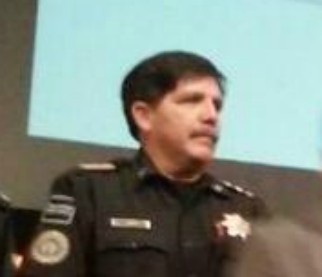 In the investigation file, FED/SIEDO/UEIARV-NL/906/2016 authorities called for the arrest of 11 individuals tied to organized crime with the intent of trading in fuel. The documents further call for those arrested to be taken to the Altiplano federal prison in Mexico where they are expected to face federal charges.

An investigation established a link between the federal agents and organized crime after officials arrested Omar Castañeda Guerrero. Guerrero is reported to be in charge of the theft of fuel for the “Ciclones” faction of the Gulf Cartel. Another arrest that helped connect the dots between the officers and organized crime was that off Oscar Rodriguez, one of CDG’s fuel theft cell leaders.

Police sources explained to Breitbart Texas that the theft of fuel from pipelines belonging to Petroleos Mexicanos (PEMEX) in Nuevo Leon and Tamaulipas allows the Gulf Cartel to earn large profits while still being able to manage the crossing of drugs and illegal immigrants to Texas. The revenue creates a situation that allows the cartels to bribe authorities at the local and federal level — including the intelligence groups tasked with fighting them.

The arrest of the intelligence agents and the top ranking commander come less than a year after U.S. authorities arrested and charged Ivan “La Reyna” Reyes Arzate, a Mexican Federal Police commander who was the main link between U.S. and Mexican authorities for the drug war while being at the service of drug capos, Breitbart Texas reported. Reyes Arzate stands accused of leaking top intelligence information to Mexican cartel leaders and even having meetings with them to turn over intelligence reports and photographs.