CIUDAD VICTORIA, Tamaulipas — A group of 137 migrants were stuffed inside the cargo area of a tractor-trailer to get them to the border city of Reynosa and eventually cross into Texas. They were detained and tended to by Mexican Federal Police officers not far from the state capital of Tamaulipas.

Police officers tended to the migrants found in subhuman conditions. They had been stuffed inside the trailer with no ventilation, forcing them to make two small holes on the roof for fresh air. The officers also detained the driver of the vehicle, who is now facing federal charges. Since January, Ciudad Victoria has seen  various smuggling attempts leading to 464 migrants being detained. In all of the cases, they had been stuffed in the cargo area of a trailer. 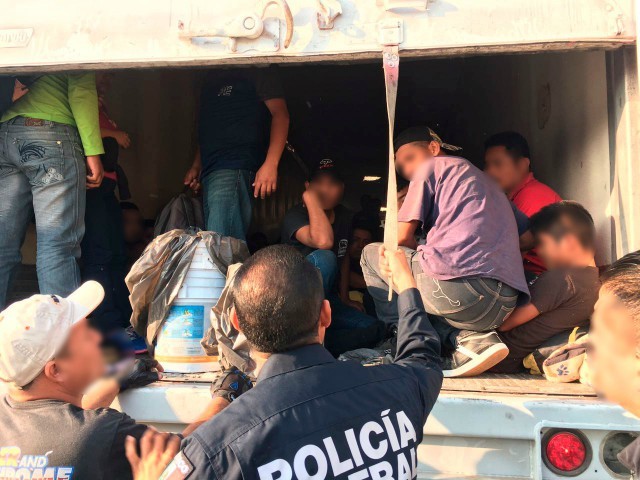 The arrest took place along the highway to Zaragoza at a checkpoint kept by Mexico’s Federal Police. According to authorities, the group was made up of 95 people from Honduras, 37 from Guatemala, four from El Salvador, and one from Ecuador. The number of underage migrants nor the name of the driver were revealed.

According to the driver, the group began their voyage in Villa Hermosa, Tabasco, and headed to the border city of Reynosa. The migrants were taken to the local headquarters for Mexico’s Attorney General’s Office. In addition to the intense heat, the trailer also had the noticeable the stench of food and human waste during an investigation.