Attorneys with the Alliance Defending Freedom (ADF) filed a federal lawsuit Monday on behalf of a professor who was disciplined for refusing to use a transgender student’s preferred pronoun.

On January 9, Nicholas Meriwether, a philosophy professor at Shawnee State University in Ohio, responded to a student’s question by saying, “No, sir.” That student transitioned from male to female and confronted Meriwether after class, demanding the professor use feminine titles and pronouns. Meriwether disagreed. The student became “belligerent, circling around the professor and getting in his face in a threatening fashion,” according to the complaint filed in federal court.

Before walking away, the student allegedly said, “Then I guess this means I can call you a cunt.” 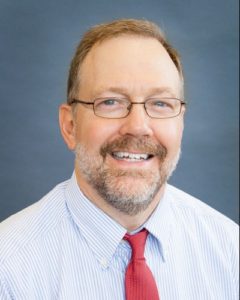 The student promised to get Meriwether fired for pronoun noncompliance, filing a complaint. Meriwether reported the student’s alleged conduct to the Jennifer Pauley, chair of the Humanities and English departments. Subsequently, the university launched an investigation. The professor offered to call the student by first and last name, bypassing pronouns; however, Shawnee State officials rejected the middle ground fix. ADF said this forced Meriwether to speak and act contrary to his religious beliefs.

Tolerance is a two-way street,” said ADF Senior Counsel Travis Barham in a press release. “Universities are meant to be a marketplace of ideas, not an assembly line for one type of thought, but apparently, Shawnee State has ignored that foundational truth. The university refused to consider any solutions that would respect the freedoms of everyone involved. It instead chose to impose its own orthodoxy on Dr. Meriwether under threat of further punishment if he doesn’t relinquish his rights protected by the First Amendment.”

Meriwether, a Christian, believes “gender is fixed in each person from the moment of conception” and “it cannot be changed regardless of an individual’s feelings or desires,” according to the lawsuit. It said he strives to treat every person with “dignity, love, and care” but objected to “communicating a university-mandated ideological message regarding gender identity that he does not believe, that he does not wish to communicate, and that contradicts (and would force him to violate) his sincerely held religious beliefs.”

Shawnee State never adopted an official transgender policy, although, in August 2016, Meriwether received the Obama administration’s Dear Colleague Letter on Transgender Students, in an email from his union. It mandated gender identity guidelines and terminology.

In October 2016, Roberta Milliken, acting dean of the College of Arts and Sciences, told him the university didn’t need policies because “students have a right to be referred to by their chosen gender and faculty must comply or be disciplined,” according to the court documents.

Then, he spoke to Pauley about the letter. The complaint alleged she “exhibited hostility” towards Meriwether and his “religious beliefs. She said “adherents to the Christian religion are primarily motivated out of fear.” She allegedly commented “the purpose of higher education is to liberate students, that religion oppresses students, and thus, the presence of religion in higher education is counterproductive.”

In February 2017, the Trump administration rescinded the Obama-era transgender policy.

Meriwether filed a grievance with the union on July 2, 2018. He requested the university “allow him to continue speaking consistent with his religious beliefs.”

According to the court documents, Shawnee State Interim President Jeffrey Bauer “openly laughed” at Meriwether’s claim that his religion precluded him from using the student’s preferred pronouns.

Last month, the university denied Meriwether’s grievance, accusing him of creating a “hostile environment” for the student. They placed a written warning in his personnel file and threatened “further corrective actions” if he did not follow the university’s “ideological message” on gender identity.

“Public universities have no business compelling people to express ideological beliefs that they don’t hold,” said ADF Senior Counsel Tyson Langhofer, director of the ADF Center for Academic Freedom. “This isn’t just about a pronoun; this is about endorsing an ideology. The university favors certain beliefs, and it wants to force Dr. Meriwether to cry uncle and endorse them as well. That’s neither legal nor constitutional, and neither was the process the university has used to get to this point. We are asking the court to order the university to respect Dr. Meriwether’s freedoms.”

Shawnee State is a public four-year college in the University of Ohio system. Meriwether joined the faculty in the fall of 1996 and has taught a plethora of philosophy, religion, and political theory courses. The lawsuit said he was never the subject of any university disciplinary actions before this incident.