Local police officers in Tijuana arrested 34 caravan migrants for misdemeanor charges including drug possession and public drunkenness. They were turned over to Mexican immigration authorities. 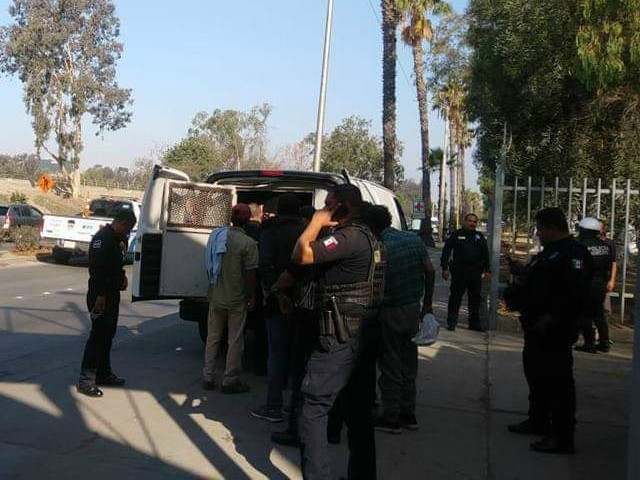 Through a news release, Tijuana Police revealed that under order from the mayor, they began carrying out various inspections and checkpoints, netting 34 arrests. Some migrants were reportedly in possession of methamphetamine and cocaine.

This week, Tijuana’s Mayor Juan Manuel Gastelum sparked controversy claiming that any migrant who does not respect the law will be arrested and turned over to Mexican immigration authorities.

“The Tijuana government reaffirms their respect to the rights of the migrant but will not tolerate rebelliousness nor social illegality of any form,” a local government statement revealed. “All migrants who do not follow the rules will be arrested.”

Gastelum publicly called out the Mexican federal government for its lack of preparation for the migrant caravan, thus forcing him to deploy city resources to deal with the various needs including food, shelter, and clothing.

“My message is anti-drug use, anti-drunkenness, anti-law-breaking, my message is against all that,” Gastelum said in his statement.”

Jose Luis Lara from the Cartel Chronicles project contributed to this report.