PIEDRAS NEGRAS, Coahuila – Cartel gunmen ambushed a squad of border state police officers yards away from Texas on Sunday. The gunmen managed to fatally shoot one officer in the head.

The shootout took place along the highway that connects the border city of Nuevo Laredo, Tamaulipas, with the town of Guerrero, Coahuila. Gunmen believed to be with the Cartel Del Noreste (CDN) faction of Los Zetas ambushed Fuerza Coahuila officers patrolling the area. The officers fought off the attack, forcing the gunmen to flee. 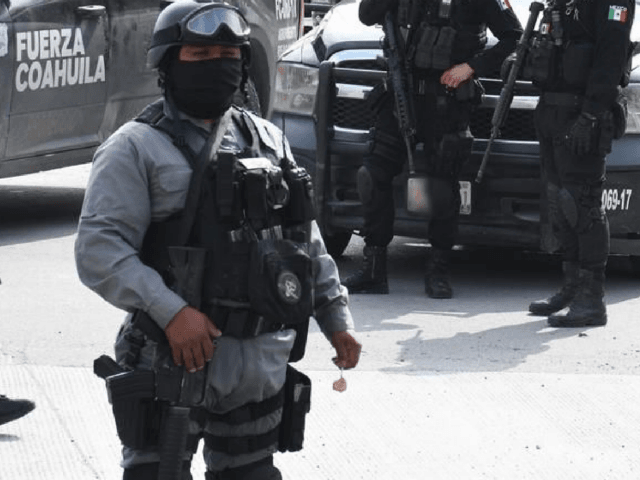 Authorities rushed the wounded officer to a local hospital in Piedras Negras, where he eventually passed away. Sources revealed to Breitbart Texas that the fallen agent is 29-year-old Victor Manuel Cordero Sanchez, who had been in service for five months.

The murder on the state police officer comes at a time when Los Zetas-CDN are terrorizing Nuevo Laredo and clashing with police officers from neighboring Tamaulipas. The CDN-Los Zetas deploys convoys of armored SUVs with mounted machine guns, RPGs, and .50 caliber rifles as they fight with police.