PIEDRAS NEGRAS, Coahuila – A Los Zetas gunman fled to Texas after being shot multiple times during a fierce firefight with Mexican authorities this week. U.S. Border Patrol agents tracked and apprehended him before eventually giving medical assistance. The incident ultimately resulted in the deaths of eight cartel members.

The shootout took place on Thursday shortly after 3 p.m. when a group of Cartel Del Noreste (CDN) faction Los Zetas gunmen attacked a police checkpoint near the town of Guerrero and close to the banks of the Rio Grande, information provided to Breitbart Texas by the Coahuila Public Security Secretariat revealed.

Gunmen rode in several vehicles to a police checkpoint and began shooting at the officers. Authorities fought off the attack and called for backup as dozens of state police and soldiers rushed to the scene. Initial information indicated four gunmen were killed. The officers seized several weapons and body armor with the CDN-Zetas logo. Coahuila authorities later revealed a total of eight gunmen died in the clash. 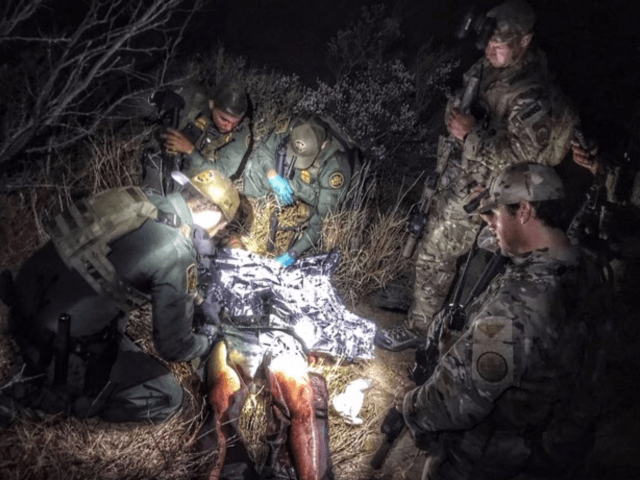 After the shootout, Coahuila authorities contacted U.S. Border Patrol agents, notifying them that at least one gunman fled across the Rio Grande. According to a Border Patrol statement, the agency deployed helicopters, multiple agents, and a special unit called BORTAC to search for the fleeing man. Authorities found foot signs and a trail of blood which led to a man with multiple gunshot injuries. After agents provided aid, they airlifted him to a hospital where he remains in custody.