MONTERREY, Nuevo Leon – An intense cartel clash near the Texas border killed at least five gunmen whose remains were left inside a torched armored vehicle. The clash lasted more than an hour since local authorities refused to respond, leaving the task to nearby state police and military forces.

The clash took place on Tuesday afternoon in the town of Dr. Coss, approximately 50 miles south of Texas, where several armored SUVs full of cartel gunmen clashed along dirt roads. Preliminary information indicates the shootout was between the Gulf Cartel and the Cartel Del Noreste (CDN) faction of Los Zetas. 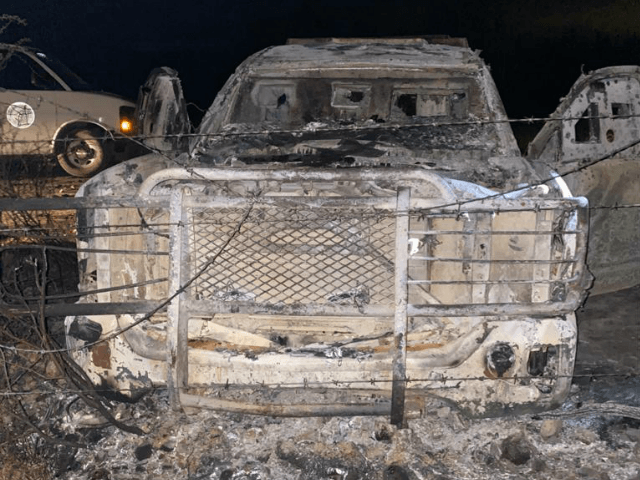 Workers from the state-owned oil company PEMEX first reported the shootout, claiming they had to barricade inside the Culebra 6 oil station as gunmen drew closer. Local police did not respond. The fighting lasted until Nuevo Leon State Police and the Mexican military arrived on the scene.

Authorities found a torched Chevrolet Silverado. Inside, investigators witnessed the charred remains of a driver and passenger, while in the rear bed held the remains of three other gunmen. Near the vehicle, authorities found more than 50 bullet casings from .50 caliber and .223 rifles. 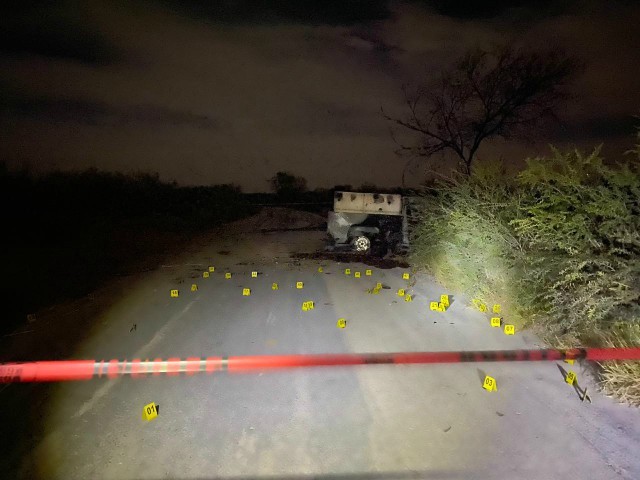 Authorities did not find any survivors or make any arrests.