Mexico’s mainstream media and several public officials promoted a false story about Hurricane Hanna collapsing part of the border wall in the Rio Grande Valley. U.S. Customs and Border Protection says there was no wall damage in the area.

The story first surfaced on Twitter through a video that shows wall sections under construction falling down from strong winds. While the video does not show a location for the collapse, the false narrative gained traction when the spokeswoman for the Nuevo Leon Attorney General’s Office Yadith Valdez tweeted and eventually deleted the video. 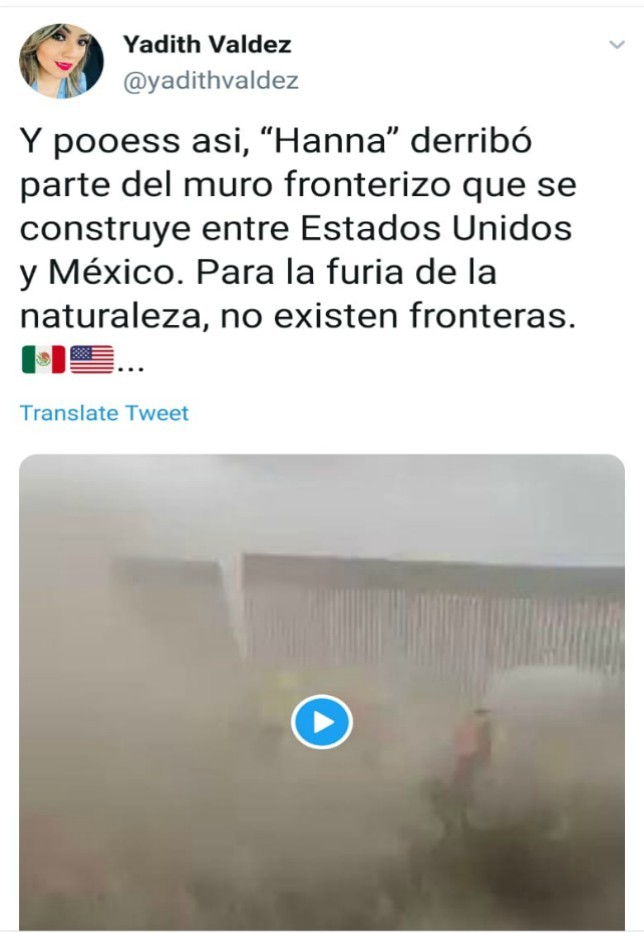 Hours after Valdez’s tweet, the head of Mexico’s Public Radio Network, Jenaro Villamil, posted the same video and adding that the collapse took place along the Texas-Mexico border.

A spokesman with U.S. Customs and Border Protection told Breitbart Texas that the video was not recorded in the Rio Grande Valley, adding that the hurricane hit the region at night–not during daylight hours when the footage was captured.

Soon after, Mexico’s main news outlets began sharing the false story. It was reported as fact by TV stations, newspapers, and online print outlets without any confirmation from U.S. or Mexican officials.

Mexico’s Televisa and TV Azteca, the two largest stations in the nation, both reported the footage as fact, however, the story has since been removed from their respective websites. 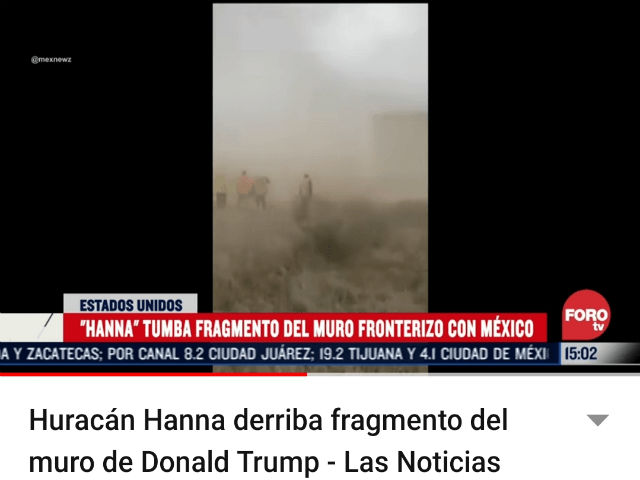 El Universal reported the same false story with a dateline from Reynosa, claiming that a portion of the border wall had collapsed in the Rio Grande Valley. The story has since been edited to add a comment from CBP spokesman Rod Kise stating the collapse likely did not take place in the RGV.

El Heraldo de Mexico reported that the strong hurricane knocked down “Trump’s Wall,” however, they sourced the video to social media users and did not collect any official statements.

Vanguardia also published the false information mocking the “wall that Trump ordered.” The story was later updated with corrections after relying on a tweet from reporter Enrique Burgos.

Proceso Magazine reported that the hurricane knocked down the wall and the footage was “recorded by workers” in the “Rio Grande Valley.”

Midday Monday, the CBP released a follow-up statement on the matter. 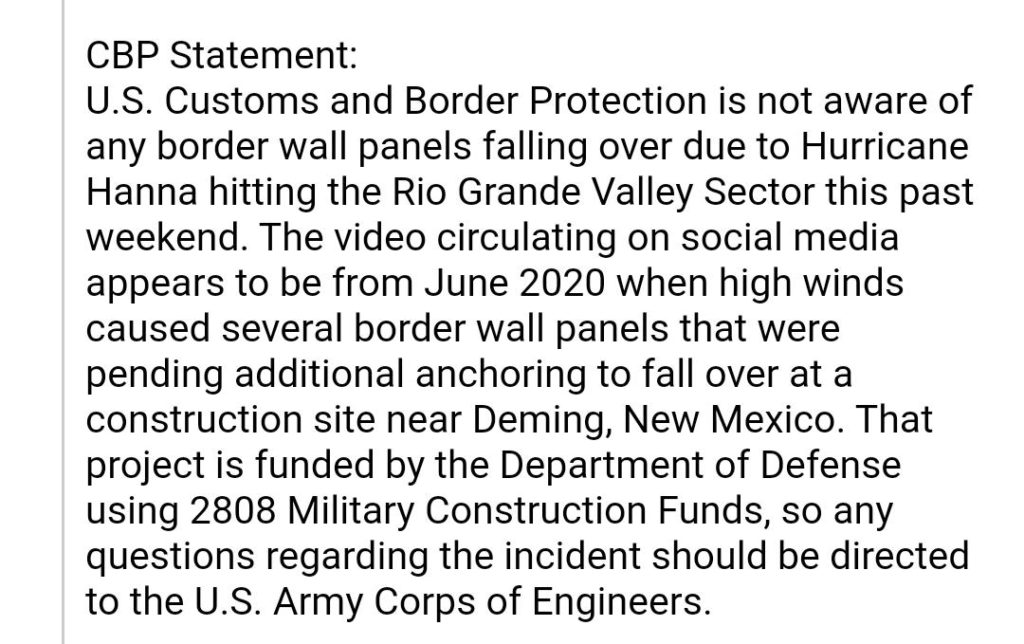