On September 2, 2020, an FBI report exclusively obtained by Breitbart Texas stated the U.S.-based California Mexican Mafia was having difficulty obtaining methamphetamine from cartels due to COVID-19 complications.

The report outlined that in early July, COVID-19 severely affected supply lines throughout the U.S. and Mexico which drastically drove up prices. Ports of entry at the U.S.-Mexico Border, specifically in California, were also shut down or the hours of operation became limited.

Illegal drug prices increased substantially due to the increased transportation risks brought about by lighter traffic on roadways. According to the report, many smugglers did not want chance being spotted.

As a result, the California Mexican Mafia began using underground tunnels. One began at a house in Mexico and ended at a warehouse in the United States.

U.S.-based gangs have been collaborating with cartels for over a decade. However, street gangs with access to tunnels is a paradigm shift.

It further validates how close Mexican cartels and U.S. street gangs have become. For any cartel to allow a U.S. gang to utilize a tunnel provides great insight into the depth of trust in the relationship. The sophistication required to construct tunnel infrastructure is extensive and access is not easily granted.

As far back as 2013, the Texas Department of Public Safety created a special designation for the Texas branch of the Mexican Mafia in the annual Gang Threat Assessment as Tier 1. 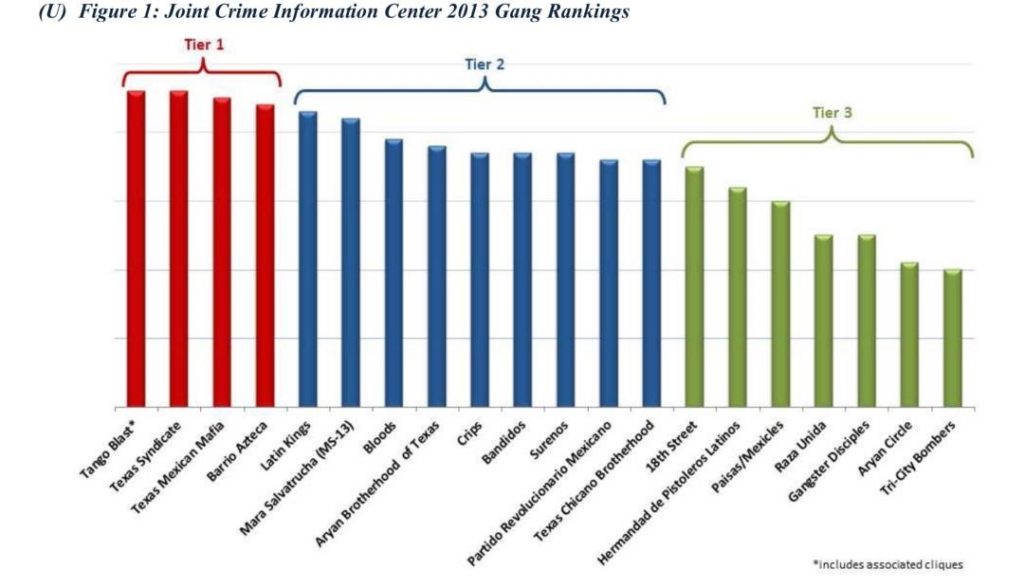 The tier strategy was based on three significant criteria. First, the threats posed because of the close relationship with Mexican cartels. Second is membership size. The final criteria is focused on the level of transnational activities and effectiveness.