On Sunday morning, the Roma Police Department received a call from a concerned citizen observing people reportedly being smuggled into a residence located at the 400 block of Allende Avenue in that south Texas border town.

Roma PD officers responded and attempted to stop a vehicle leaving the scene. A short vehicle pursuit followed and ended in what is commonly referred to as a “bailout.” In essence, a fleeing vehicle abruptly stops and a large group of people flee on foot.

Roma officers, with the assistance of Border Patrol agents, apprehended 13 near the vehicle. 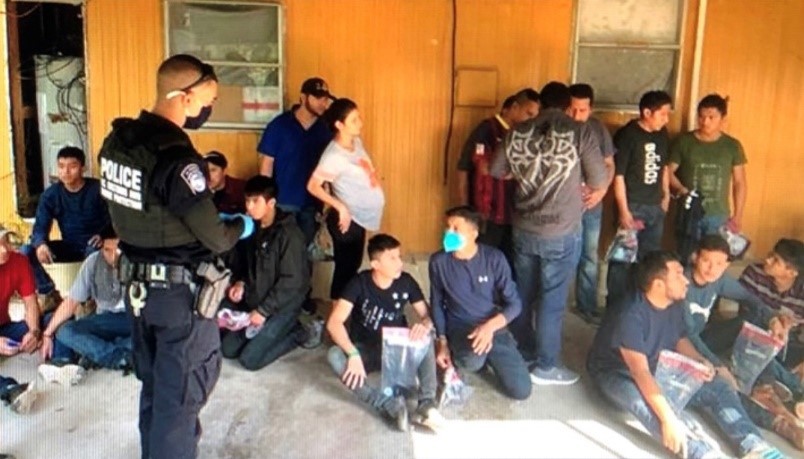 Back at the suspicious residence, authorities apprehended another 20 people concealed in the house. The windows were all covered and very little furniture was observed.

One federal agent told Breitbart Texas the address was being used as a warehouse to store people before they are smuggled further into the United States.

The agent advised that most people who illegally enter the U.S. in this area are now running from law enforcement after crossing, compared to what was observed in 2019 when large groups surrendered directly to agents on U.S. soil.