Border Patrol officials say the driver in Tuesday’s crash near Holtville, California, that left 13 people dead may have entered the U.S. through a breach in an older border wall section. It appears two vehicles loaded with migrants illegally entered the U.S. from Mexico through the breach.

At about 6:05 a.m. on March 2, Border Patrol agents in the El Centro Sector found a 10-foot breach in the International Boundary Fence between Mexico and the United States. Officials told Breitbart Texas on Wednesday the breach occurred in an older section of fencing. A few minutes later, agents reviewed surveillance video and observed two SUVs leaving the area near the breach, according to information obtained from El Centro Sector Border Patrol officials. 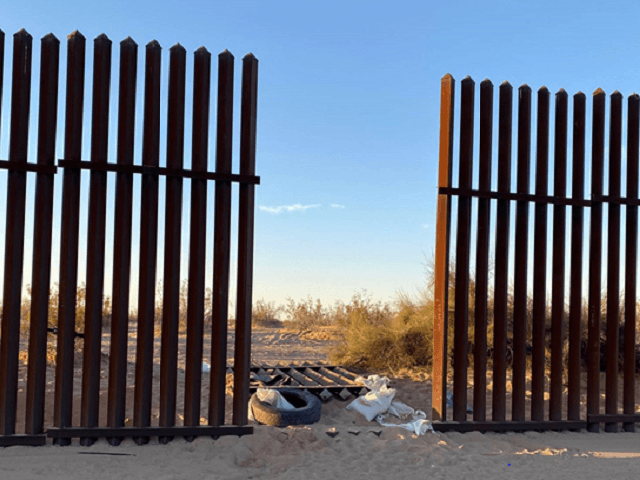 Shortly before the discovery of the breach, El Centro Sector Radio Communications dispatchers received information that a red Chevrolet Suburban was engulfed in flames near Interstate 8 and State Route 115 — approximately thirty miles west of the barrier breach. Agents responded to the area at about 6:30 and found 19 migrants hiding in the brush. They determined the red Suburban was one of the two vehicles that entered through the breach.

About a half-hour later, Border Patrol agents received a request for assistance regarding a vehicle collision near State Route 115 and Norrish Road — approximately 5-7 miles away from the burning Suburban. Agents responded to the crash and began to provide aid.

The collision occurred when a Ford Expedition allegedly pulled out in front of a tractor-trailer, Breitbart Texas reported. Twelve people died at the scene of the crash — including the Mexican national driver.

Border Patrol officials told Breitbart Texas in a phone interview that the Expedition matches the description of the second vehicle that entered through the breach in the fencing. Officials are not yet saying how the breach occurred.

The Expedition had all but the front two seats removed to enable 25 people to be packed inside the seven-passenger SUV. Twelve of the 25 died at the scene, officials stated. Another person died later at an area hospital. Officials report all 25 people were in the U.S. illegally.

“We pray for the accident victims and their families during this difficult time,” said El Centro Sector Chief Patrol Agent Gregory Bovino. “Initial investigation into the origins of the vehicles indicate a potential nexus to the aforementioned breach in the border wall. Human smugglers have proven time and again they have little regard for human life.”

“Those who may be contemplating crossing the border illegally should pause to think of the dangers that all too often end in tragedy; tragedies our Border Patrol Agents and first responders are unfortunately very familiar with,” Chief Bovino concluded.