So, yes, a cowboy on a horse lassoed a fleeing bicycle thief in a WalMart parking lot in East Point, Oregon.

“I didn’t really think about nothin’ until after I caught him, and then I was like, ‘Gotcha!'” said the full-time cowboy and part-time lasso-carrying crime-fighter, Robert Borba, who describes himself as a “family man, cowboy.”

“I don’t know about ‘Hero,’ but … I just did the right thing,”the 28-year-old told KDRV.com on Friday. “I think if there were more people out there that would do the right thing, we wouldn’t have all the chaos that we do.”

As expected, Borba kept his hat on throughout the drama out on the parking lot.

Borba’s horse, of course, gets some of the credit. His name is Long John.

The suspected thief, Victorina Arrelano-Sanchez, is now in custody. The reports did not say if he is an illegal immigrant.

Borba, his  family and his Long John had stopped their truck and trailer at the WalMart to buy some food, said his wife, Alyssa. “He jumped on his horse that was at the ready and pulled out his lasso,” she told CNN. “This is what he does, so he could do it quick.” 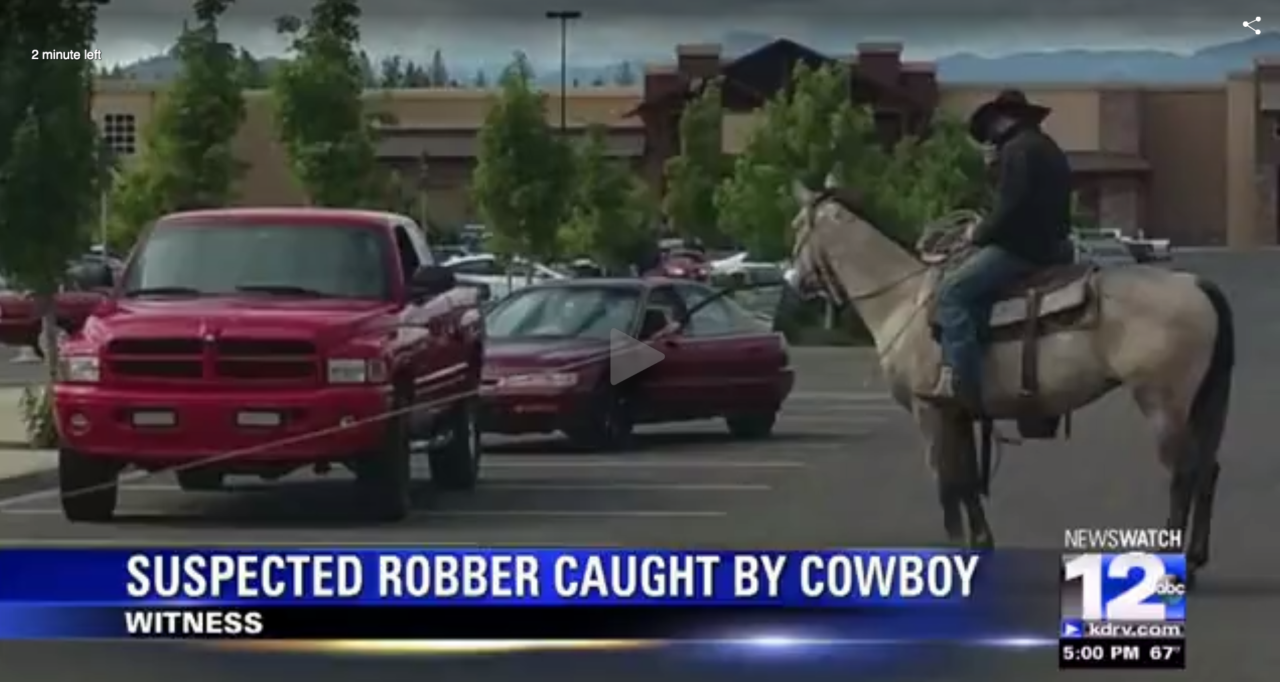 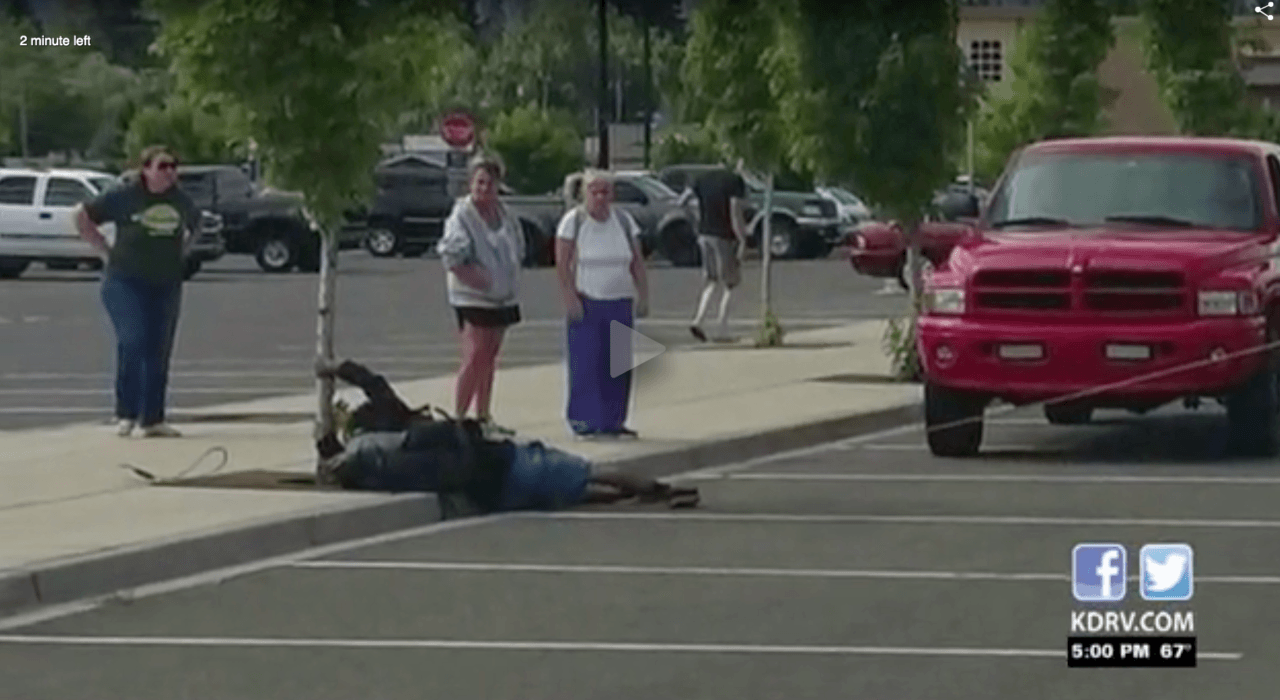