Chris Baugh, 33, who also worked under former Mayor Bill de Blasio (D), was mugged at gunpoint in Brooklyn on Tuesday at around 10:30 a.m., Breitbart News reported. The robbery occurred at York Street and Hudson Avenue.

According to the NYPD, the suspects pushed the aide to the ground, took his belongings, and brandished a firearm at him. The robbers stole Baugh’s wallet and two cellphones and fled into a nearby housing development, PIX11 reported, citing authorities.

WANTED for a Robbery on the c/o York Street and Hudson Avenue. #Brooklyn @NYPD84pct on 7/5/22 two unidentified individuals approached a 33-yo male victim, pushed him to the ground and removed his property. One displayed a firearm. Reward up to $3500 Call 1-800-577-TIPS pic.twitter.com/xyRjHZSUx6

One suspect fled on a Citi bike, while the other escaped on foot, CBS New York reported.

During the robbery, Baugh apparently told the muggers, “You don’t want to do this. I work for the mayor,” the New York Post reported. The 33-year-old did not want medical attention at the scene, PIX11 noted.

The mayor’s office released a statement to the press the next day, citing the need for more gun control, per CBS New York:

Chris works hard for the city every day, and he deserves to be safe while conducting his job, just like every other New Yorker. Public safety has been Mayor Adams’ top priority since day one and that is why the NYPD is working diligently every day to reduce crime. As the mayor said today, he wants results as quickly as possible, and while we have seen progress over the last few months — taking more than 3,000 guns off the streets and reducing shootings and homicides by double digits — there is no overnight fix. Today’s incident only further highlights the urgency to get dangerous guns and dangerous people off our streets as quickly as possible. New York City employees are city residents, and we will do everything in our power to keep all New Yorkers safe. 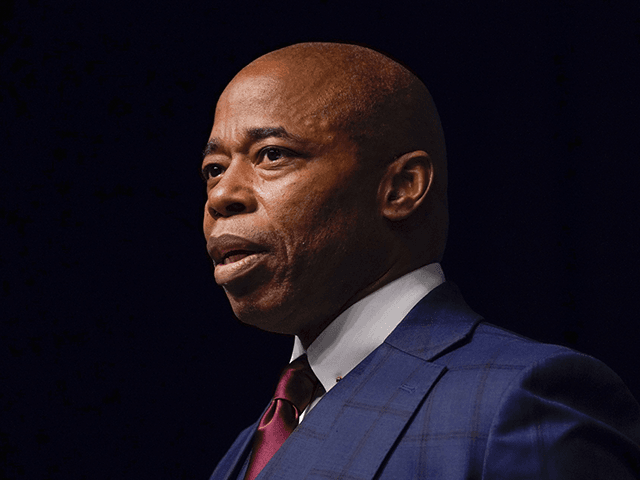 Hank Sheinkopf, a Democrat political consultant, was not optimistic about what this mugging could mean for all New York City residents, according to the Post.

“New Yorkers would feel a lot better if the muggers were afraid of committing a crime against a mayor’s staffer. They were not,” Sheinkopf said. “That’s all you need to know. New Yorkers are going to feel less safe.”

The gunpoint robbery comes as more than 50 people were shot in New York City over the Fourth of July weekend.

Violent crime is also on the rise in the Big Apple, as “statistics show the seven major felony categories – including the four violent crimes in conjunction with burglary, grand larceny auto, and grand larceny – have risen an astounding 38 percent through June 19,” compared to last year, Breitbart News noted.