Joy to the world!

The U.S. economy has weathered the second calendar year of China trade tensions without straining consumer pocketbooks. Despite predictions that the trade war would be the grinch who stole Christmas, prices on many goods–including toys–have fallen and wages are rising faster than inflation.

That is a setback for many of those who predicted President Donald Trump’s trade policies would sting U.S. consumers. It certainly means many American families will be able to better afford gifts this holiday season.

Consumer prices rose three-tenths of a percentage point in November, a slower pace than the four-tenths rise in October, the Labor Department said Wednesday. Compared with a year ago, the government’s Consumer Price Index is up 2.1 percent.

So-called core CPI, which subtracts volatile food and energy prices, rose two-tenths of a percentage point, exactly as it did in October. This suggests that the recent tariff hikes have not created pricing pressure on store shelves.

Let’s start with toys, though, since we’re in the Christmas season. Toy prices fell in November for the second consecutive month. Compared with a year ago, toy prices are down a whopping 6.1 percent.

Meanwhile, average hourly wages rose 0.2 percent in November and are up 3.2 percent compared with a year ago. After adjusting for inflation, that amounts to an annual hike of 1.1 percent in hourly wages. The after-inflation hourly wages for production and nonsupervisory employees are up by even more, 1.7 percent.

The U.S. imposed tariffs on imported steel and aluminum in the spring of 2018. In July of 2018, the U.S. government imposed tariffs on around $34 billion of mostly-high tech Chinese products used by American businesses. That was followed by another round of tariffs on $16 billion of similar business goods in August of 2018.

In September of 2018, the U.S. imposed a 10 percent tariff on $200 billion of Chinese goods. A “trade truce” put the brakes on new tariff hikes for months as the U.S. and China negotiated a trade deal. But those talks fell apart in May 2019 when China attempted to renege on its commitments and the U.S. responded by hiking tariffs on the $200 billion to 25 percent. In September, a 15 percent tariff was applied to around $111 billion of additional Chinese goods.

Each new round of tariff was greeted with panicky headlines predicting that U.S. consumers would be squeezed by rising prices as retailers and importers passed the cost of tariffs on to shoppers.

When prices did not rise as predicted, the critics did not back off their claims. Many just moved the time frame, arguing that the forecast price increases were just taking time to move through the economy. But as the Trump administration’s tariffs prepare to enter their third calendar year, this looks increasingly absurd.

Tariffs are Taxes, Who Pays is Complicated

So who is paying for the tariffs? We know the U.S. government has collected tens of billions of dollars in tariffs since it began raising tariffs last year, so it is clear that someone is footing the bill. But the pricing data do not support the often-repeated mantra that “tariffs are taxes on consumers.”

Tariffs are taxes, to be sure. But unlike a sales tax or a gas tax, consumers do not directly pay any tariffs. Tariffs are paid by importers, often large U.S. companies that are importing from their own foreign subsidiaries or foreign contractors. But businesses cannot raise their prices just because their costs or taxes go up. Sometimes they have to absorb the costs.

We have seen this recently with wages, which have been rising faster than inflation, which means labor costs are rising faster than prices. Similarly, the massive cut in corporate taxes enacted at the end of 2017 did not automatically translate into businesses slashing prices because their tax costs had fallen.

In addition, the Chinese currency has depreciated over the past year, which makes imports from China less expensive. And there is anecdotal evidence that Chinese manufacturers are slashing prices in an attempt to hold on to market share in the U.S.

“We have put 25 percent on $250 billion of Chinese goods coming into our country, including $50 billion of high technology equipment. You haven’t seen any, or virtually any, price increase,” President Trump said this summer. “Because what China does is they subsidize their companies because they want to keep people working and they want to stay competitive.”

No Inflation Despite Tariffs

What both the Producer Price Index, which measures prices received by businesses, and the better known Consumer Price Index have been suggesting over the last year or so is that tariffs have not had a very big impact on prices in the U.S. That should not be very surprising. The metals tariffs have led to U.S. metals producers expanding capacity, which reduces the impact of taxes on imported metals. And a ten percent tariff on $200 billion of goods in our $20.5 trillion economy amounts to a 0.1 percent tax.

When the San Francisco Federal Reserve estimated the effect of tariffs on prices, they came to the conclusion that it had a 0.1 percent impact. But that may exaggerate the effect on consumers if businesses cannot pass on the cost of tariffs.

Durable goods, products purchased by consumers and businesses that are expected to last three years or more, are a good place to look for signs of tariff-led inflation. The CPI data shows that prices of durables fell 0.4 percent in November and are flat with a year ago. That is, prices are not any higher than they were a year ago.

Many of the categories of consumer goods that are largely manufactured abroad saw steep declines in November, defying predictions that the China tariffs implemented this year would weigh on consumers during the holiday shopping seasons.

Tools and hardware were often cited by those promoting the “tariffs are taxes on consumers” narrative. But prices on these fell 2.2 in November are up just 0.7 percent compared with a year ago.

Outside of Breitbart News there has been very little reporting on the crash in the price of televisions. In November, television prices fell by another 2.4 percent. This is the sixteenth consecutive monthly decline for televisions, which means we’re now compounding last year’s declines with this year’s. Compared with a year ago, television prices are off 20.3 percent.

The price of computers, digital homes assistants, and phones were predicted to see upward pressure from tariffs on China. While these are not yet subject to direct tariffs yet, some of their components are. But computers and related hardware prices are down 2.4 percent compared with last year. Phone prices fell again, for at least the 15th consecutive month and are now down 13.8 percent compared with a year ago. We’re now compounding annual price declines in phones. (Note that mobile phones were excluded from the first two rounds of China tariffs but will be included in the round expected to be applied in December.)

We’re now over a year into the anti-dumping tariffs imposed in January of last year on washing machines. These were intended to drive up the price from artificially depressed levels and accomplished that goal last year. Those washing machine price gains, however, have faded. Laundry equipment prices fell 4.2 percent in August, fell another half a percentage point in September, bounced back 1.4 percent in October, and rose 2.1 percent in November. They are now down 6.6 percent compared with a year ago, when prices were reflecting that initial boost. This shows the market adjusting to the initial tariff shock by expanding domestic production or lowering prices on foreign production.

Car and truck prices are perhaps the most important consumer item that tariff opponents claimed would be pushed up by the metals tariffs. But these have hardly moved. New car prices are unchanged from a year ago and moved down 0.1 percent in November, October, and September. The prices of new trucks are 0.1 percent higher than a year ago but have also been falling for three consecutive months.

Take the prices of soup and beer, Secretary Ross’s examples.  The price of soup moved up 0.3 percent in November. For the year it is up 1.7 percent. The price of beer consumed at home fell 0.7 percent for the month and is up just 0.7 percent from a year ago. 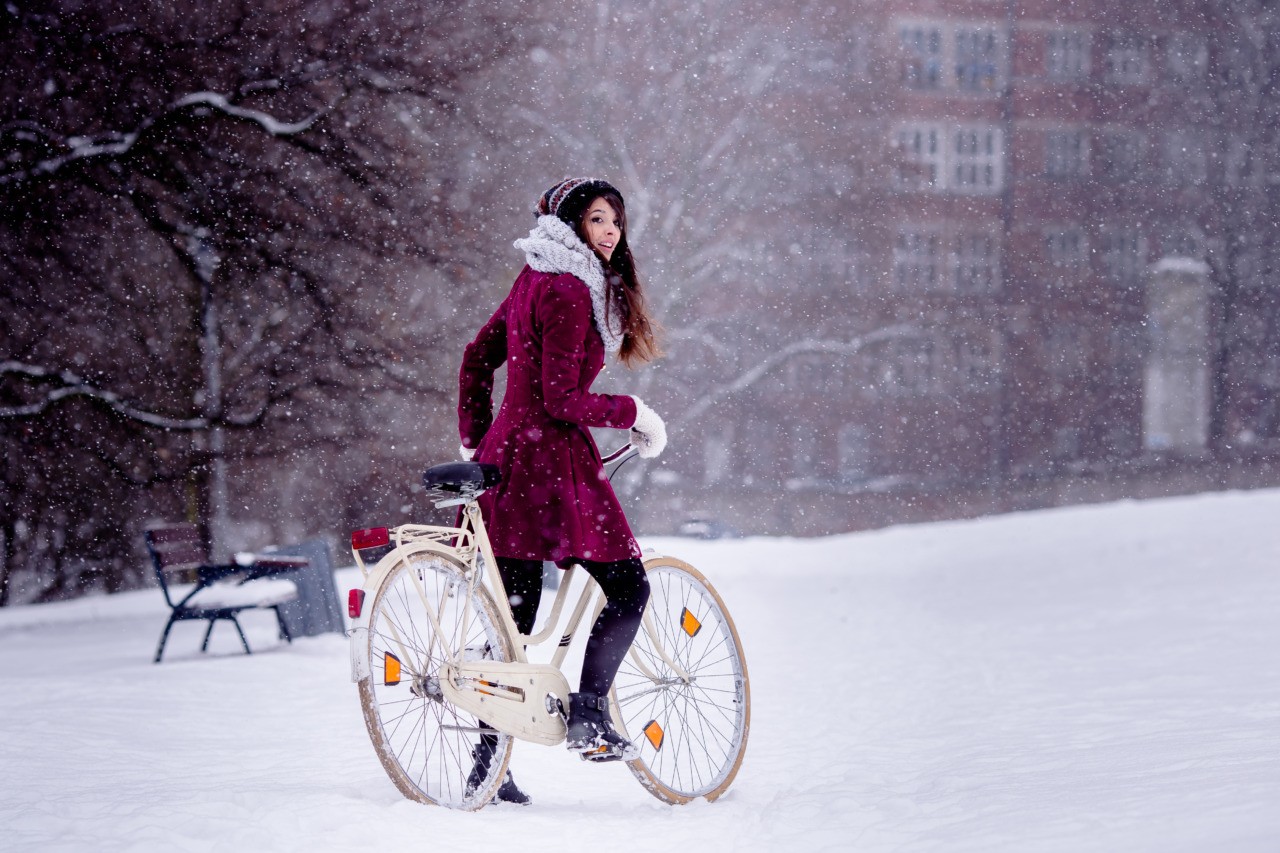 beautiful girl on a bicycle in snowy park

So have tariffs failed to raise prices on anything consumers buy? Not quite. Bicycles may be the exception.

The China tariff on bicycles rose from 10 percent to 25 percent in May. That is on top of the pre-existing bicycle tariff that has been in place since imposed by President John F. Kennedy, recently around 11 percent (down from Kennedy’s original 25 percent). The price of bicycles and sports vehicles jumped 3 percent higher in September and rose another 0.5 percent in October. In November, prices rose another 1.2 percent, pushing the year-over-year price gain to 8.9 percent.

Thanks to rising wages and a very low level of unemployment, Americans have more income going into the holidays. And we now know that tariffs have no pushed up prices for goods getting stuffed in stockings, placed under the Christmas tree, or given out to our sons and daughters, husbands, wives, and loved ones during the holiday season.