The revival of manufacturing jobs during President Donald Trump’s first term has been even stronger than it previously appeared, according to revised data released by the Labor Department Friday.

The Labor Department’s updated results show that manufacturing was even weaker than previously thought in the final 34 months of Barack Obama’s presidency, with the economy adding 259,000 manufacturing jobs rather than the earlier reported 270,000, according to an analysis by Alan Tonelson.

That makes the rebound in the first 34 months of Trump’s presidency all the more impressive. The economy added 479,000 manufacturing jobs in those months, a bit more than the 478,000 reported earlier. 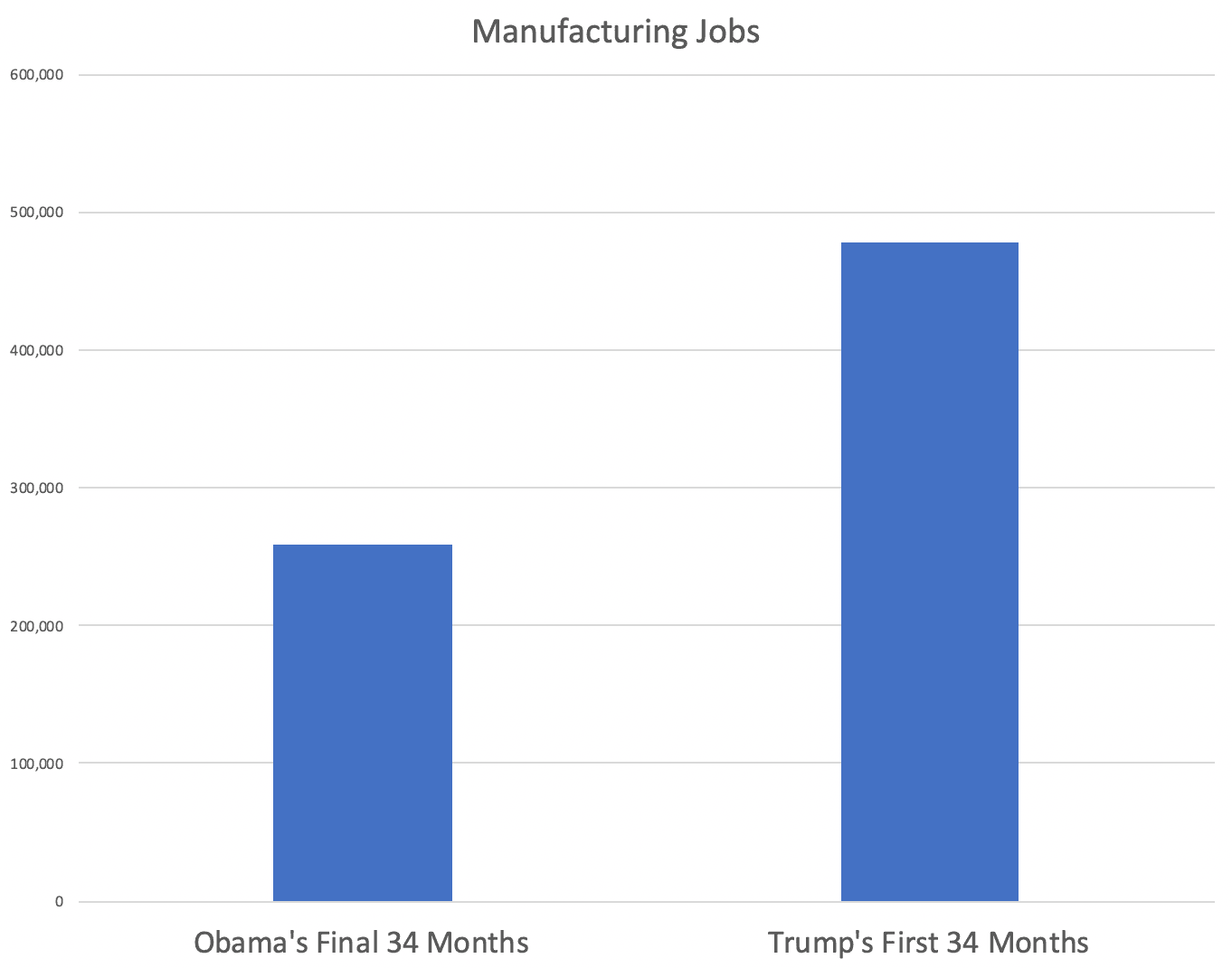 The Obama and Trump figures show how manufacturing employment changed during their periods in office closest together in the current (expansionary business) cycle – the comparison that yields the best apples-to-apples results. The Obama period ends with January, 2017 (the former President’s last – near-full month in office and the Trump period begins with February, 2017 (his first full month in office).

And as made clear above, the growth in manufacturing payrolls was a bit weaker during the Obama period than previously reported, and the growth during the Trump period ever-so-slightly stronger.

The revised data also show that manufacturing employment held up better than initially reported during the tariff hiking period of the trade war.

“Since the Trump tariffs’ advent, 21 revised data months passed through December 2019, so the best comparison is that with the 21 months preceding them. And interestingly, the revisions show that although manufacturing’s hiring pace indeed has slowed since the first full tariff month, they’ve slowed much less markedly (by 8.70 percent rather than 38.44 percent),” Tonelson explains. 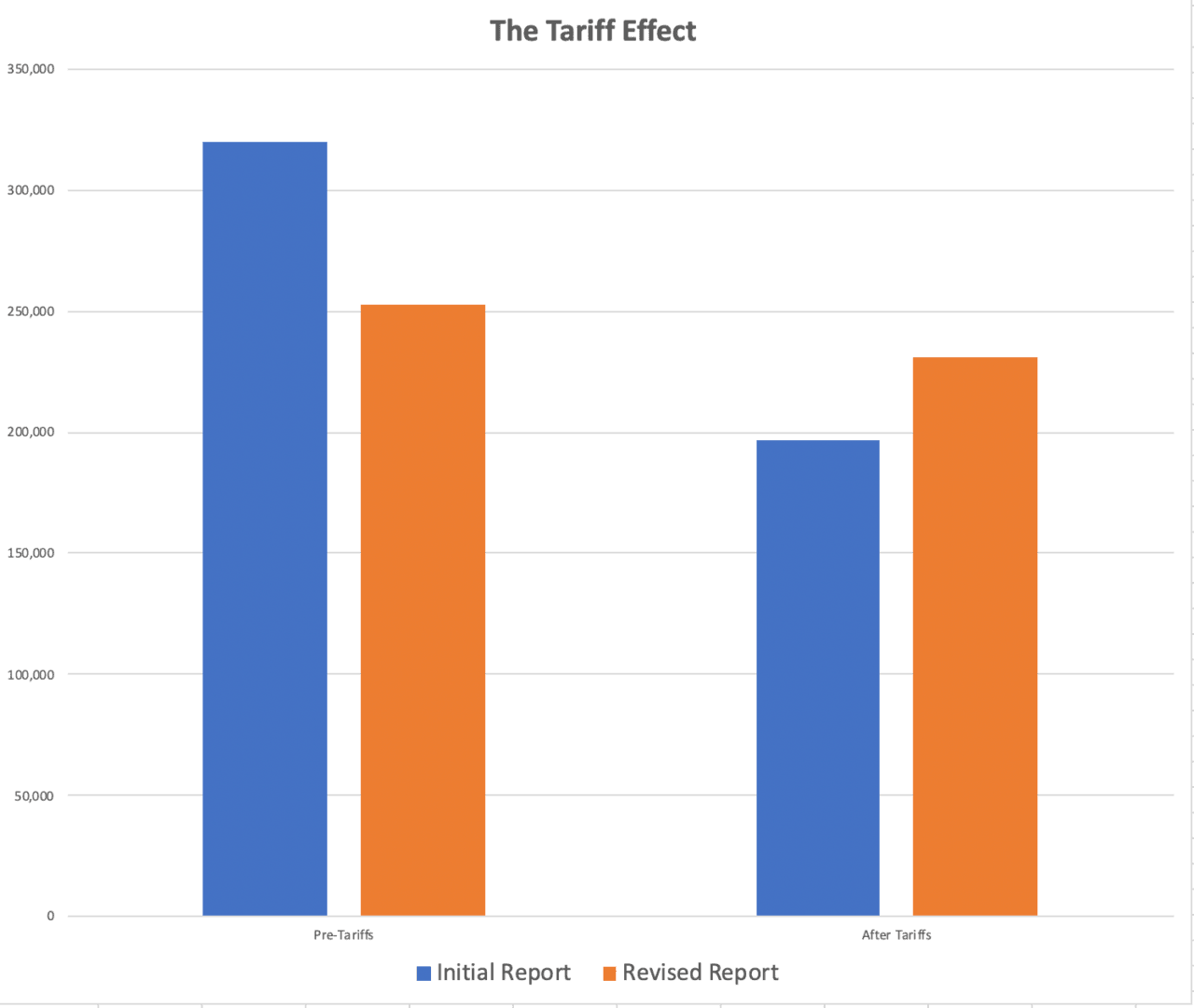 Manufacturing Jobs, 21 months before tariffs and 21-months after tariffs

The fact that the manufacturing sector was stronger than it appeared is all the more notable because the Labor Department’s updated results subtracted over 500,000 jobs from previous results.

The revisions are an annual exercise stemming from new calculations of job totals after a review of state records filed by employers in connection with unemployment insurance. Unusually large revisions, such as this year’s, are typically the result in major economic changes that the government did not accurately reflect in the initial reports.