Judges appointed by President Donald Trump’s deputies are filling up the immigration courts, and they have reversed the anti-deportation trend caused by President Barack Obama’s judges.

Trump has appointed more than 310 judges to the immigration courts that are run by the Department of Justice. Many judges are being appointed as Congress and the administration expand the courts’ ability to process the wave of asylum claims from blue-collar Central American migrants.

Also, many of the new judges are taking the place of pro-migration judges appointed by Obama and George W. Bush. More than 80 judges have quit their jobs since 2017. 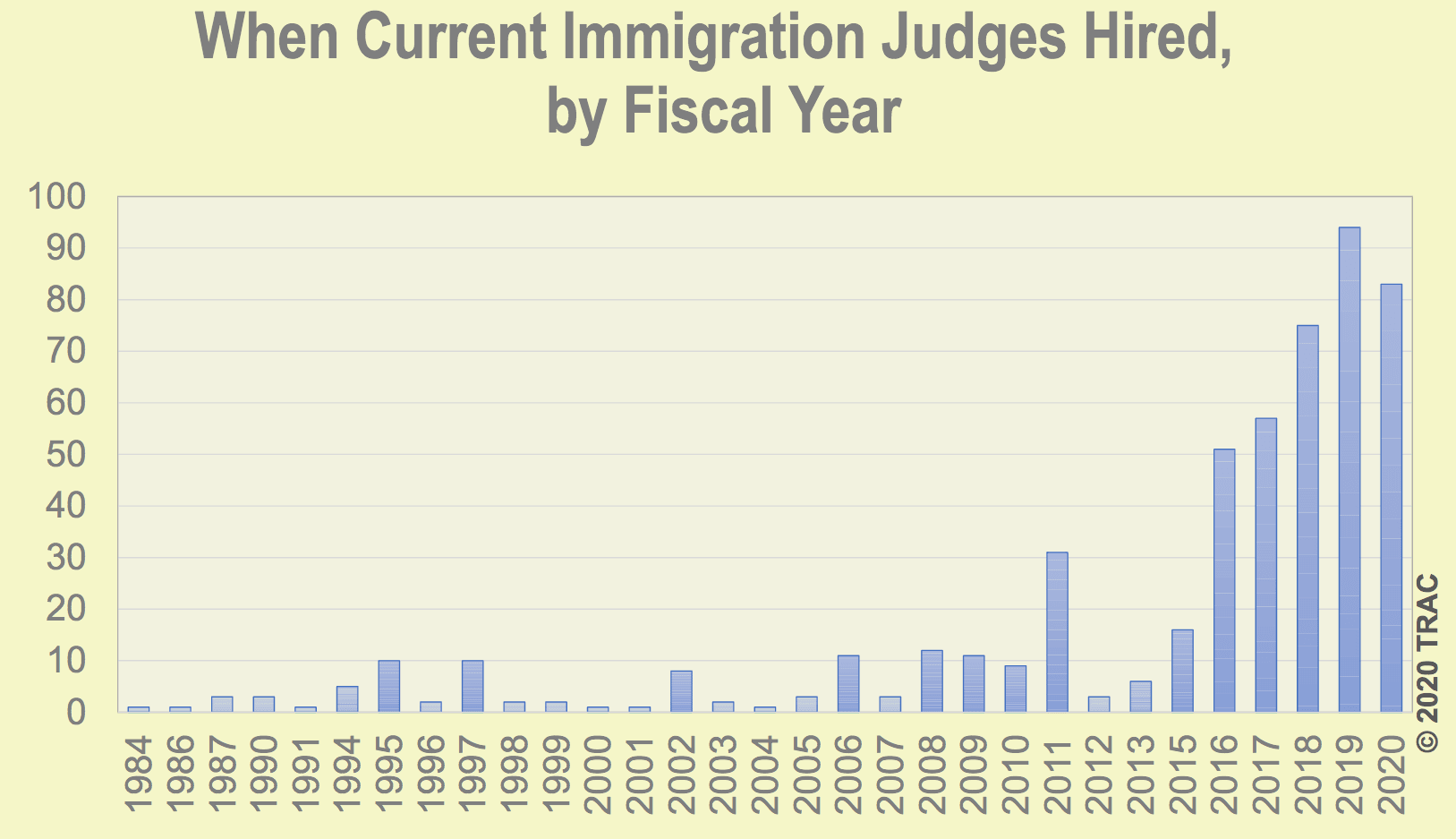 Trump’s judges are more willing to deport migrants than were the judges under Obama, according to TRAC’s data. 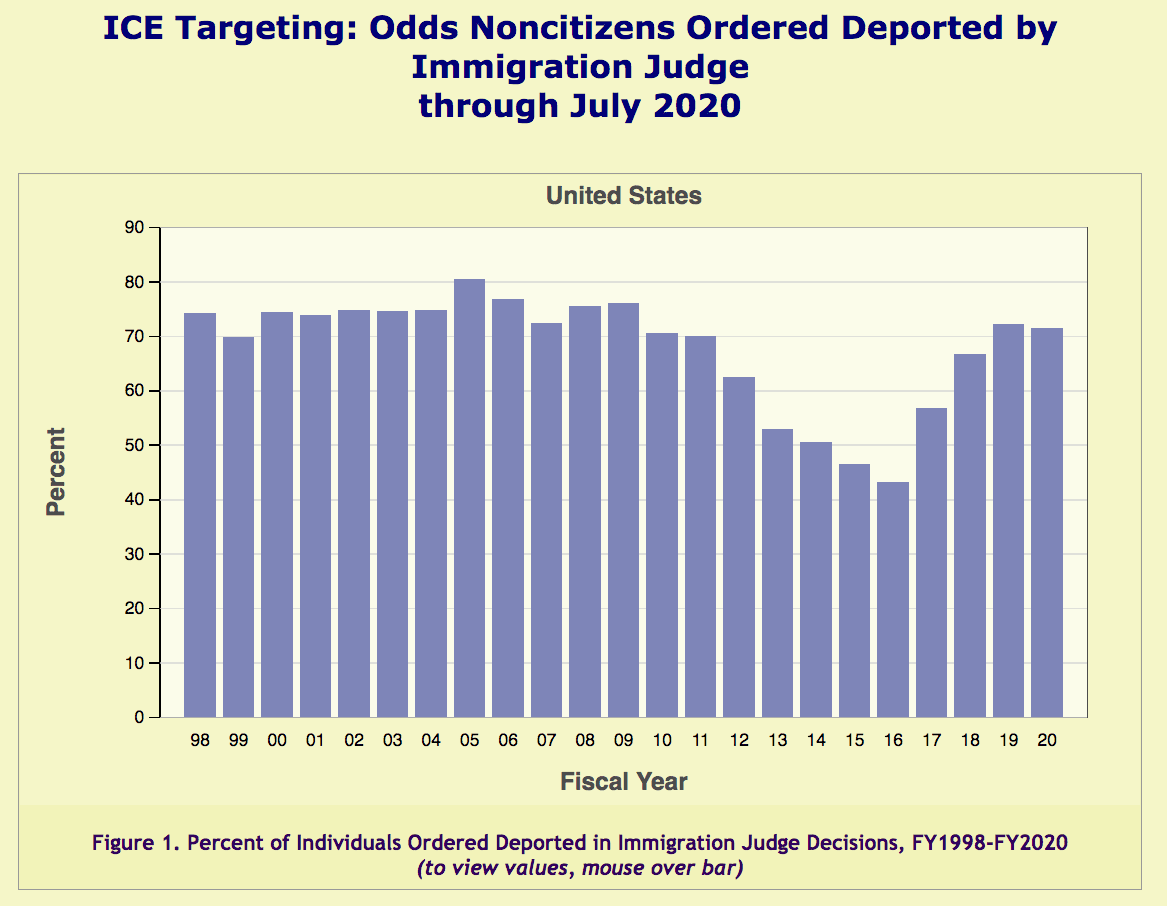 Immigration judges spend much of their time processing and deporting many blue-collar migrants coming across the border. However, they also have to consider pleas from migrants who are detained after living many years in the United States, including many who have engaged in violent crimes.

In July and August, for example, Immigration and Customs Enforcement picked up more than 2,000 illegals, according to a September agency statement:

Data captured from July 13 to Aug. 20 shows that ICE officers arrested more than 2,000 at-large individuals living illegally in the U.S., or who are removable from the U.S. due to their criminal histories. About 85 percent of those arrested by ICE on immigration charges also had criminal convictions or pending criminal charges.

Deportation numbers dropped dramatically during the coronavirus crash, but are recovering.

ICE data is just now beginning to show a return to pre-pandemic arrest levels. While the number of people arrested by ICE and sent to detention began rising in mid-July, the last two weeks of August saw a huge spike—though still at 75% of the norm. We'll get more data next week. https://t.co/oVznrChlAt pic.twitter.com/AoraR7dl3J

Business groups and establishment media outlets widely oppose the blue-collar deportations, even though the deportations help to raise wages for blue-collar Americans. For example, the New York Times sympathetically reported September 14 on a Mexican woman — but buried her 2012 deportation order in the 15th paragraph:

LOS ANGELES — For Alicia Flores Gonzalez, Aug. 4 began like any other day. She dropped her little girl at day care and drove to work at a winery in the Sonoma Valley. But as she was parking her white Toyota Tacoma, she found herself surrounded by several armed men. “What happened? What did I do?” Ms. Flores recalled asking them.

“Hands up! Turn around,” ordered one of the men, who shackled her and escorted her to a van.

Six agents from Immigration and Customs Enforcement in three unmarked vehicles had been deployed to arrest her. Within 24 hours, the 43-year-old single mother of four U.S.-born children had been deported to Mexico. She had lived without legal permission in the United States for 27 years.

But analysis of the totality of the government’s own data shows that the administration is arresting large numbers of undocumented immigrants whose crimes are minor, or who have not committed any crime at all. These immigrants are easier to locate and remove precisely because they are not trying to evade law enforcement, even if they have outstanding deportation orders.