President Joe Biden is opening the nation’s doors to 100,000 Ukrainian migrants and refugees, alongside the massive inflow through other illegal and legal routes.

But President Biden, who is in Brussels for three back-to-back summits with allies, is expected to announce that the administration will accept 100,000 refugees who want to come to America.

It is not clear what legal path those refugees will take. Officials said some might be welcomed under the United States’ formal refugee program. Others may be given visas or be granted “humanitarian parole,” a form of entry often given to people fleeing violence or war in countries around the world.

A senior administration official said special efforts were being made to expand and develop new programs with a focus on welcoming Ukrainians who have family members in the United States.

The plan would allow vulnerable Ukrainians, specifically activists, journalists and those who are part of the LGBTQ community, to safely enter the U.S. at least temporarily. It would also expedite the reunification of Ukrainians with U.S.-based family members, the sources said.

Officials are inviting the Ukraine migrants even as they are also urging other Ukraine people to stay and fight Russia.

The 100,000 number will likely increase if the war continues and will rise again as the first 100,000 bring in more family members.

The mass migration lobby, with financial ties to billionaire George Soros, is using Russia’s invasion of Ukraine to demand the United States open its borders to refugees from across Eastern Europe. https://t.co/RJXyJkrnwo

Overall, the federal government’s policy of extracting workers, consumers, and renters from other countries tends to reduce Americans’ wages and raise their rents.  This shift moves wealth from working Americans towards investors, from heartland states to the coasts, from young people to retirees.

This shift helps to explain why almost 20 million American men have been pushed out of the workforce, and are not even looking for jobs.

Biden’s decision will get him plaudits from the left, and will likely not generate much opposition from swing voters. 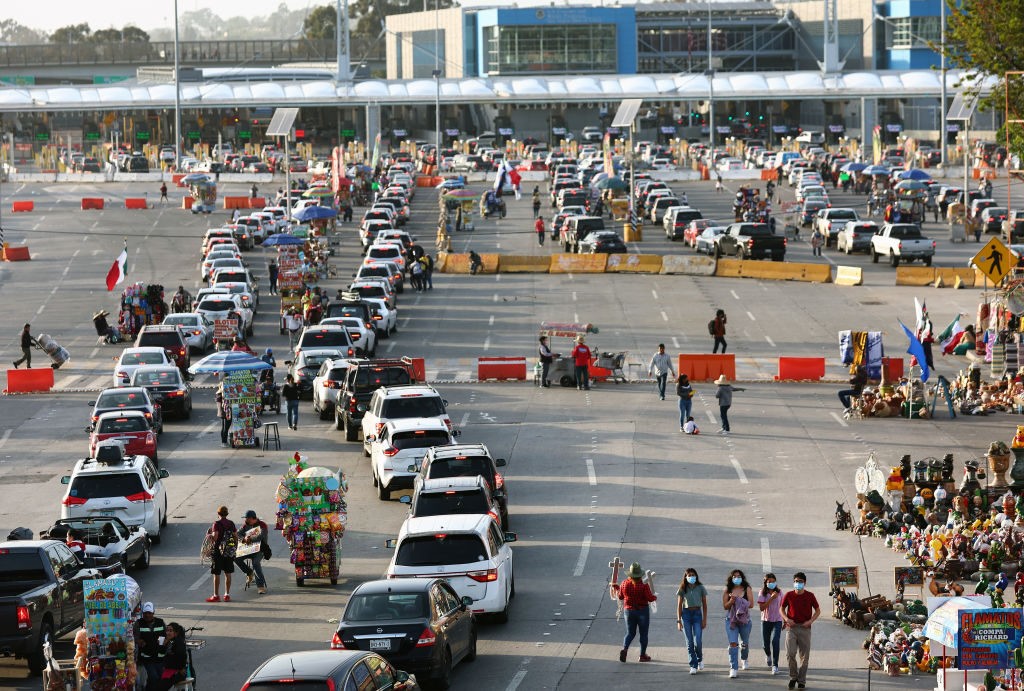 Vehicles at the San Ysidro Port of Entry to cross into the U.S. on March 21, 2022 in Tijuana, Mexico. Authorities have recently been allowing Ukrainian refugees to enter the U.S. at the Southern border with permission to remain in the U.S. on humanitarian parole for one year. (Mario Tama/Getty)

A March 13-14 survey of 1,000 likely voters by Rasmussen Reports reported that 45 percent of all voters “strongly support” President Joe Biden’s statement that the United States will welcome Ukrainian refugees “with open arms.”

But that welcome in principle for Ukrainian refugees loses much support when Americans are asked if the refugees should be allowed to stay in the United States, presumably to compete for jobs, homes, university slots, and other resources.

#NewBreak with Kimberly Kravitz about how a new survey shows that almost 3 million people in #NewJersey were living in #poverty before #COVID19. Check it out. pic.twitter.com/KWQkiH76TT

The most popular response was “Not sure,” which received 31 percent support. Among liberals, just 33 percent favor the permanent resettlement of more than 100,000 refugees.