As we sit in our comfort-laden abodes, sipping our lattes or pink lemonades and either wishing the snow would be gone for another year or baseball season would start so there was something interesting to do, the world continues to move forward. But as we seek other interests, we are not listening to the sounds emanating from the world around us. If you would listen carefully you would recognize the woeful sounds of America gasping for its very breath of life and its inner soul.

Yes, the sounds are there. We just don’t listen. We only hear (or see) what we want. As the country gasps for clarity of purpose, we the people figure someone or something else will come along and fix the problems for us. I don’t think so. The warning signs have been there for a long time. A very long time. It is my humble opinion that, during these turbulent times, we find ourselves in the dilemma of our lifetimes. As a country we have been either asleep or just too comfortable in our own cocoons to realize the depth of our plight.

An event took place in 2008 that changed the world we live in. It changed the face of America, it changed the direction of our moral values, it changed how we view the future and how we see ourselves as human beings and it changed the make up of our basic freedoms that we so irreverently tossed aside for entitlement freebies and empty promises by the engineers at the helm.

Thus, I have some questions; As we sit at the precipice of financial collapse from debt and entitlements, how much time do we have? Can we reverse course? What can we as individuals do? Who best to bring us back from the brink? Or are we too late?

The latter question first … are we too late? No. Not really. That is the one thing we do as Americans … once awakened from a slumber and the realization sinks in that we are in a pot of dirty soup up to our noses and some bunch of dirt bags are throwing in more slop to hopefully drown us in our own spittle, we fight. We fight hard and will win in the end because we always have.

It’s in our DNA. The sad part is we have to get to the point of losing everything before we stand tall and state unequivocally, “No more. Stop the madness. Stop it now!” 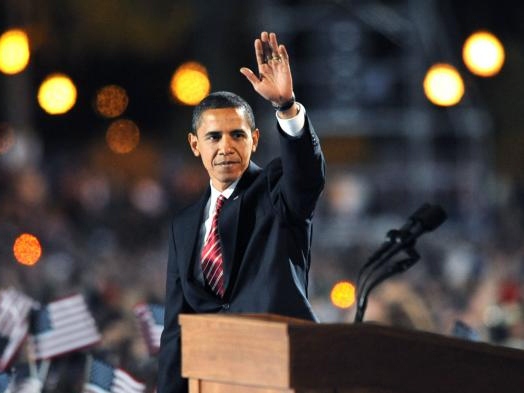 The event I speak of, of course, was the presidential election of 2008. We put a man in office, a man not really qualified to be a dog catcher, much less the most powerful man in the world. We refused to listen to what he was saying. We missed the first gasp of incredulity when he promised to transform America. Oh, we bought into the cliched slogans of “hope and change.” We liked his smile, his ability to read from a teleprompter, his super-friendly demeanor and his charismatic oratorical skills. Yeah, we jumped in with both feet thinking the country would show the world we had found our mojo and racism was gone forever.

Once again, our ears failed us. Our eyes failed us. We failed to hear that horrific sucking sound of our falling into the vortex of calm voices pushing us ever so gently but with assured and deft platitudes, into the hell of our own making.

We found that the dreaded four-letter word that could burn the eardrums of a sweet mother or even a hard-hearted father did not start with the letter ‘F.’ No, no … that would have been too simple. There are worse four-letter words that not only burn the eardrums but they singe the soul. They change life as we know it. They create an environment of hell on earth. And alas, sometimes they come wrapped in the promises of easy living, free lunches forever and fun times at the social picnic. But as the wrappings are peeled away and truth is revealed, and we see the four-letter words that imprison us with our own trappings. They become clear and defined. They are “fear and envy” and the worst four letter word of all, “hate.”

Hate fuels the fear, the envy, and we bind ourselves to the adversary by falling into the trap of each of them. We can never lose our awareness that those who perpetrate the lie and the hate by using their best tools of fear and envy and class warfare are alive and well and doing their very best to take our basic freedoms away from us. The word and its implications need to get lost from the lexicon of the American landscape. I realize that will be hard for the Left in America as it is what feeds their motivations and goals.

Another part of the ongoing dilemma is that the President surrounded himself with self-proclaimed Marxists, socialists, communists and progressives. Why? Is the answer that he embodies some or all of those ideological characteristics? I think so. Each of them arrived with an agenda to turn America into the vision of themselves and the despicable goal of changing America into a European style state of fear and class warfare. Sadly, we see it happening before our very eyes, but we refuse to stand up and make our presence and our voices known. That must change. We have to get involved. If we sit still for the usual emanations from Washington, D.C. and say nothing, do nothing, we will be nothing. Who to blame? Only ourselves.

Now we are confronted with the possibility of changing the mistake the country made in putting Obama in the highest office in the land by electing a new POTUS. But will we? Will the majority fall on their faces while groveling at the feet of the feed-lot proprietor? Will our defenses be pushed aside by the desire to partake of the entitlements the proprietor doles out as temporary freebies and the empty promises of a better life if only we will give our souls and our minds to this false benefactor? Or will we stand up to the forces of promises of easy living and more and more entitlements? It won’t be easy, but it is necessary, or we won’t live in the America we grew up in.

The election of 2008 was filled with the same promises we are hearing again as the President travels across the country extolling his virtues and penchant for handing out goodies wrapped in the same old hope and change. The empty promises were countless, but we Americans have a habit of short memories. How many of you remember the promises of transparency, the tremendous number of czars, the idea of having our military pay for their own insurance, etc?

We need to reawaken our memories. Give them a jolt. Then each of us should care enough to get off our butts and do something about the crisis we find ourselves in. When we do not, we condemn our progeny to a lifetime of debt and potential servitude to the miseries of progressive lifestyles and socialist living conditions. The era of personal responsibility will be gone forever and the future we leave to the next generations will fall on our inability to shoulder the reasoning of our forefathers and the burdens of freedom. Yes, there is a price to pay for the greatness of America. Are we and will we stand up to the task and be willing to carry our portion of that burden? It is my fervent and continued prayer that we will find the resolve, the strength, the willingness and the love of country enough to make a difference.

Last month, the conservative side of politics lost a champion of truth and a strong voice in the conservative movement with the passing of Andrew Breitbart. He was a man of high intellect, vision and courage. He never backed away from a fight and was responsible for turning out those who sought to endear themselves at the public trough via their egregious actions and poor moral values. He disclosed them and brought them to the bar of justice for the American people to see and judge for themselves. He was a great example for all of us to aspire to. We cannot allow his passing to be just a closing of another chapter in the fortunes of America. We must carry his part of the burden he was so willing to share for all of us.

In freedom and in purpose, I am