Last night’s reaction to “Fifty Shades of Grey” from the female, college-aged crowd I sat through this preordained S&M blockbuster with, makes for a better review than anything a middle-aged male fuddy-duddy like myself could conjure. This particular packed house loved the first 40 minutes (which are pretty good). They giggled and “hell yessss’d” the wish fulfillment that comes with a “Pretty Woman”-style romance that sees a mousey nobody whisked into the fairytale world of the super rich by an impossibly-handsome Prince Charming.

During the second 40 minutes, the crowd was less enthusiastic and a lot less giggly. The vibe turned unsure. There was a struggle, it seemed, to be morally okay with what we were being asked to buy into —  the story of an emotionally needy heroine entering into serious negotiations with Prince Charming, who after winning her heart, has now asked her to sign a contract agreeing to the physical abuse that will come with being his sex slave.

While she contemplates allowing him to bind, whip, spank, and shove his fist up her ass, he’s willing to consider taking her out to dinner once a week. 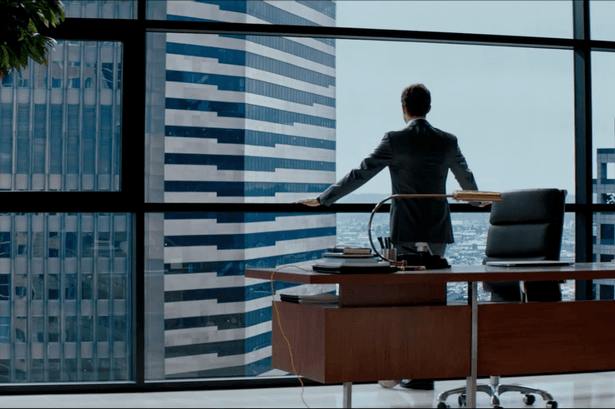 For decades, women have ceaselessly complained about a lack of access to the levers of Hollywood power. Well, now they have grabbed hold. “Fifty Shades” is a woman’s story directed by a woman based on a screenplay by a woman which is itself based on a woman’s best-selling blockbuster.

And what do we get?

A $40 million studio-produced piece of feminist wish-fulfillment that plays like a pimp’s guide to breaking down a nice girl into a sniveling, needy doormat who is willing, literally, to wait naked on her knees in Pimp Daddy’s “Red Room of Pain” whenever he commands.

Pimps are master manipulators at convincing inexperienced young girls what love is and that they “like it.”

The worst part is the story’s attempt to con us into believing our protagonist Anastasia (a fetching Dakota Johnson) is somehow coming alive and growing stronger for the experience. Knowing we’re in for a trilogy makes the film’s final beat a laughable feminist conceit, especially when it comes just minutes after a brutal and degrading whipping finally results in Miss Stronger for the Experience confessing to Pimp Daddy that she’s in love with him. 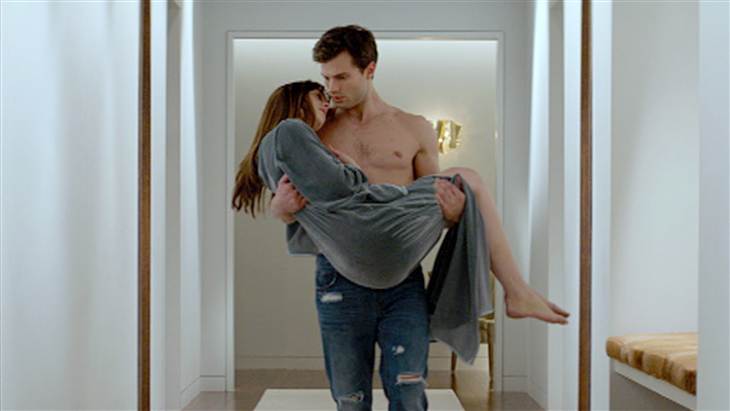 Pimp Daddy is Christian Grey (a blander than bland Jamie Dornan), a brooding, troubled Seattle multi-millionaire with a six pack of abs and no sense of humor. Like a bored vampire who’s lived too long, throughout the long nights in his sterile penthouse, Christian plays piano, shirtless, as the submissive Anastasia lies in bed alone longing for her dominant lover to come spoon with her.

Adding to the awfulness is the lack of chemistry between the two leads. You can see what he sees in her. She’s lovely, vulnerable, bright, sweet, and easy to manipulate. Other than his money and looks, though, he has nothing to offer her.  Well, that’s not entirely true, she gets a car, she gets a computer, she gets helicopter and glider rides, and she gets to ask, “What’s a butt-plug?”

Sitting through “Fifty Shades” was an ugly, disturbing and emotionally draining experience. It wasn’t the tiresome unsexy sex scenes (she’s always naked, he never is — where’s your feminist god now?) or the oppressively barren cinematography. What curdled my soul was being locked for two hours in a world that attempted to tell me that what I was seeing might be okay. That…

…feminism comes from submission to a man.

…being stalked is romantic.

…wanting to “fix” the man who wants to abuse you is romance.

…emotional manipulation can lead to love.

I’m the last guy to give a damn about what consenting adults do in the privacy of their own Pain Rooms. Had Anastasia been immediately turned on and game, knock yourself out; go get your freak on.

That’s not what “Fifty Shades” is about. 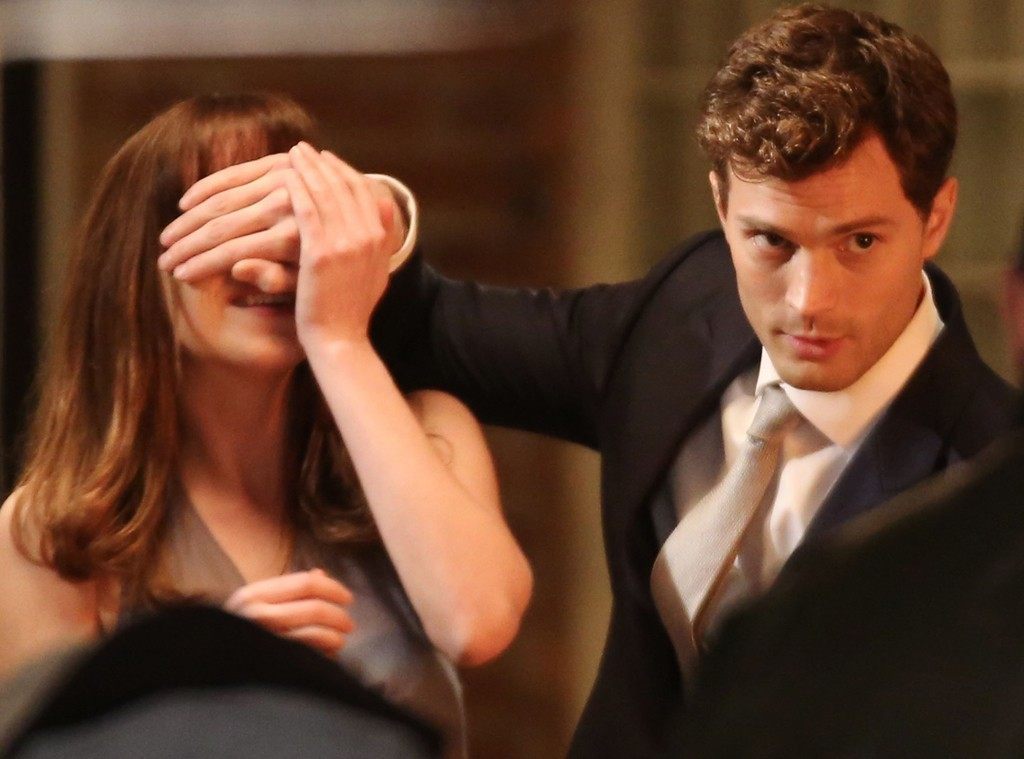 Christian Grey is a predator who uses the trappings of his wealth, looks, and fame to manipulate an innocent young woman into consenting to abuse. To pretend that this kind of experience can in any way be healthy and liberating is sinister and twisted.

There’s a story to tell about a man like Christian Grey. It’s called “American Psycho.”

For some time it’s been glaringly obvious that modern, left-wing feminism is nothing more than a hoax designed by chauvinist men desperate to con women into believing that loveless, empty sex and being treated like garbage is the road to enlightenment.

“Fifty Shades of Grey” isn’t controversial or envelope pushing. It’s a pathetic rationalization created by the pathetic for the pathetic.

Feminists have gone from resenting having a man open a door for them to being okay with kneeling naked on all fours in front of that door until the man walks through it to physically abuse and emotionally degrade them. Congratulations…