Celebrity chef Anthony Bourdain called out filmmaker Quentin Tarantino for what he described as the director’s “complicity” in disgraced producer Harvey Weinstein’s behavior during an industry panel this weekend, after Tarantino admitted in an interview this month that he had known about his friend and frequent collaborator’s history of alleged abuse of women for years.

Bourdain was speaking at the Produced By conference in New York City Saturday when he brought up a story about being approached by an unnamed individual who offered him “untold wealth” in exchange for working with him. Bourdain told the audience he has a “no a**holes” policy when it comes to choosing the people with whom he works, and turned the man down.

While he did not mention the individual’s name, Bourdain said working with him would have been a “lethal compromise.”

“It would have been a slow-acting poison that eventually would have nibbled away at our souls until we ended up like Quentin Tarantino, looking back on a life of complicity and shame and compromise,” Bourdain said, according to the Hollywood Reporter, clearly referring to Tarantino’s frequent partnership with Weinstein. 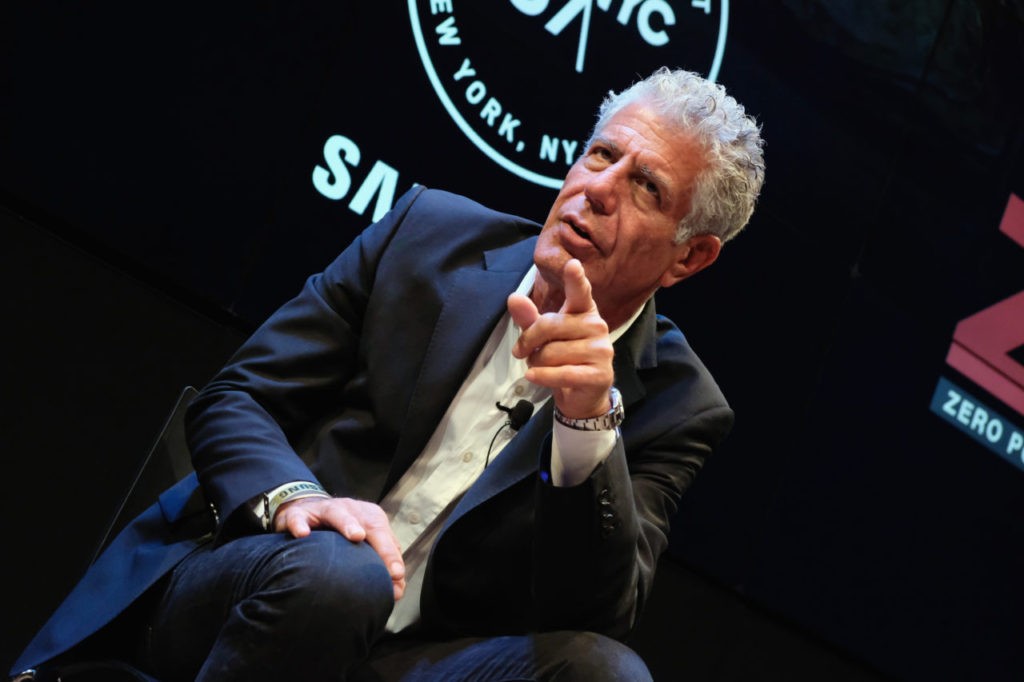 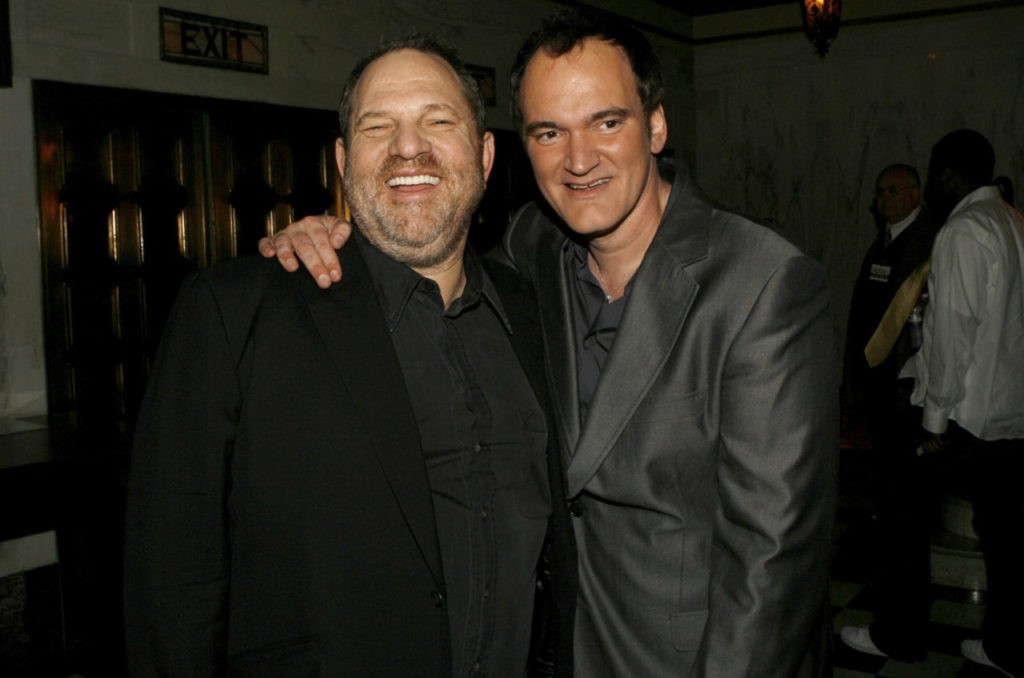 Bourdain has spoken out frequently about the numerous allegations against Weinstein, the once all-powerful Hollywood mega-mogul who has been accused of sexual misconduct by more than 50 women, and of rape by at least nine.

Bourdain is currently dating actress Asia Argento, who accused Weinstein of raping her in an explosive exposé this month by Ronan Farrow in the New Yorker. Earlier this month, Bourdain blasted former Democratic presidential candidate Hillary Clinotn, who received thousands of dollars in campaign contributions from Weinstein over several years, for her assertion that she did not know about Weinstein’s behavior. Bourdain called an interview Clinton conducted with Fareed Zakaria on the subject of Weinstein “shameful in its deflection and disingenuousness.” 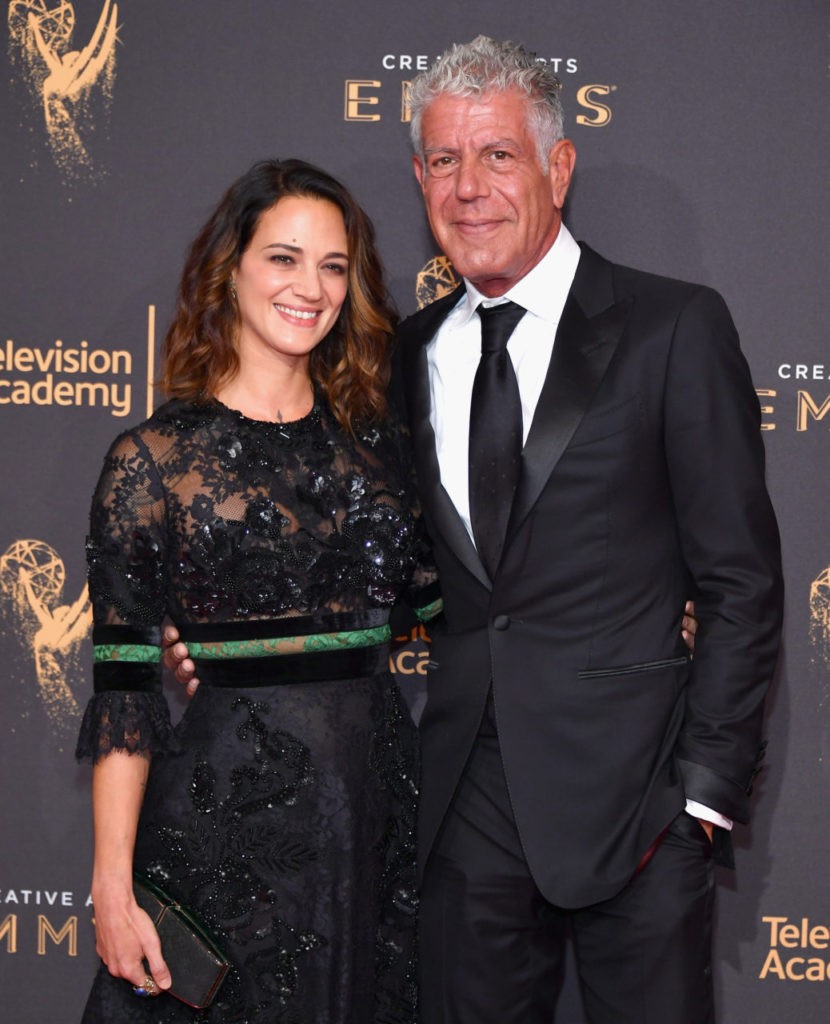 Tarantino broke his silence on the allegations surrounding Weinstein in a lengthy interview with the New York Times more than a week after the scandal broke, telling the paper he had knowledge of specific alleged acts committed by Weinstein, but that he took no action.

Tarantino has worked with Weinstein on all of his films, beginning with 1992’s Miramax-distributed surprise indie hit Reservoir Dogs, to 2015’s Weinstein Company-backed The Hateful Eight.

“I knew enough to do more than I did,” Tarantino told the paper, going on to say he knew of at least one specific incident of alleged abuse involving his ex-girlfriend, Mira Sorvino. “There was more to it than just the normal rumors, the normal gossip. It wasn’t secondhand. I knew he did a couple of these things.”

This week, actress Darryl Hannah — who starred in Tarantino’s two Kill Bill films — told the New Yorker that she faced professional retribution after she complained about Weinstein’s behavior to the director and other powerful industry figures.

Weinstein has since been expelled from several Hollywood organizations, including the Motion Picture Association of America, while police in New York City and Los Angeles investigate some of the specific allegations of rape. Weinstein, through a spokesperson, has denied all allegations of nonconsensual sex.

The disgraced producer remains in Arizona, where he is reportedly seeking treatment for sex addiction.