Dwayne “The Rock” Johnson, turns 47 next year, and while he is one of the biggest movie stars in the world, and maybe even something rarer, a legitimate movie star who can open a movie, after a 16-year career, Skyscraper is another reminder he has exactly zero classics to look back on.

Sure, we have all enjoyed a number of his movies. No question. On top of his appearances in Vin Diesel’s Fast and Furious franchise, I love Faster (2010), Pain and Gain (2013), and San Andreas (2015). These are solid action movies, and so is Skyscraper. But…

Wasn’t Johnson supposed to be the new Arnold Schwarzenegger, America’s new super-sized action hero who took himself so unseriously he would sometimes show up in a comedy? Yes, he was. In fact, you can watch that moment right here in Johnson’s first starring role, 2003’s The Rundown. There is Arnold walking off-screen to become the failed governor of California, but not before passing the baton to Johnson.

So where are Johnson’s classics?

Don’t weep for Johnson. He is an international superstar, well-liked, filthy rich, and appears to be deliriously happy with the success he has earned. Good for him. And I am happy to watch movies like Skyscraper and San Andreas all day long. All-American dad proving he’s a force of nature in order to save his family from deadly CGI…? There is nothing in the world wrong with that.

And Johnson deserves better. Over the last 15 years, you can tell how seriously he has taken his craft. His skills as an actor, as a believable performer, have improved exponentially since The Rundown. What I don’t understand is why he doesn’t reach for that R-rated actioner that will live on long after he is a former president of the United States. 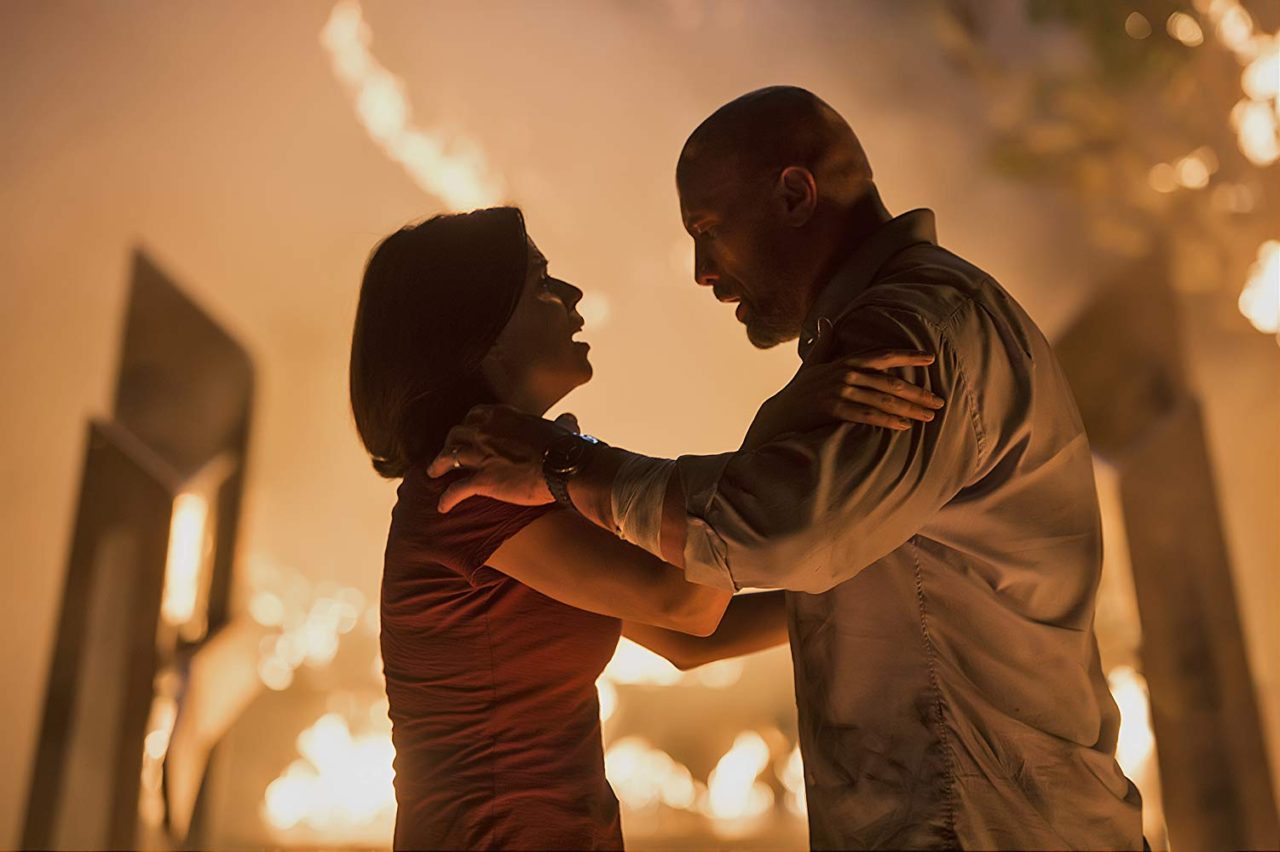 Skyscraper is 102 minutes that feel like 85. You will hold your breath a few times, you might even tear up a little at the end. What is not to like in a movie about a man trying to save loved ones trapped in the tallest skyscraper in the world; a veritable paradise spoiled by terrorists and a raging fire? What you have here is a little bit of Die Hard, a dash of Towering Inferno, a touch of redemption, a pinch of humor, a whole lot of CGI, and zero respect for physics.

The movie is good, very well directed, and other than Tom Cruise, probably no one works harder than Johnson to deliver on-screen.