Other than the near dud that was number two, the Mission: Impossible franchise, most especially entries four and five, have delivered a spectacular time at the movies.

Everything that is Tom Cruise — his thirty years experience, his tireless drive to stay on top, his relentless quest to entertain and thrill, his belligerent refusal to spoil our good time with politics and messaging — he pours all of this into his baby, his golden goose, his Big Movie Star insurance program; and with Fallout, the sixth in the series, he delivers the best action movie since Christopher Nolan’s Dark Knight left us all sockless a decade ago.
In other words… James Bond who?

We have now been saddled with Daniel Craig’s pinch-faced 007 for 12 long years and four movies, two of which (Quantum of Solace and Spectre) are by far the worst of the series, while the two decent ones (Casino Royale and Skyfall) are more Jason Bourne than James Bond.

Man alive, I’m tired of dour James Bond, of Jerry Springer James Bond confronting his past, of Deepak Chopra James Bond on his journey of self-discovery, of meterosexual James Bond seeking to become a better feminist.

What the Keepers of the Franchise forgot is what makes James Bond James Bond, which are two very simple things: First, it is not about him. Nothing is about him. He has a job to do, and he does it. He kills for Queen and Country, not to get past childhood traumas. Secondly, because profession is either kill or be killed, because Death is his business, when a moment to live arrives, he grabs it and LIVES, and this means the best hotels, the best liquor, the best tobacco, casinos, tailors, and cars; and it damn well means some loveless sex with some smoking hot women.

Bond lives without shame or apology, and if the world he keeps turning fills up with joyless, tight-asses ready to report a man (who just came home from risking his life) to human resources over a double entendre, what is he fighting for anyway?

What I am saying is that the Bond movies are no fun anymore, and fun used to be the whole point. Sure, entries like License to Kill and For Your Eyes Only have an edge, but the pleasure that comes with the trappings of a 007 movie are still there…

So thank God for capitalism, because while Bond is out exploring himself on the taxpayer’s dime, other franchises are filling the Bond-hole by delivering wildly entertaining and satisfying spy films.

The best movies make you feel something, they thrill you, terrify you, mess with you; they make you laugh till you hurt, make you weep, think, rethink, want to try, want to be better; some take you someplace else, make life magical,, take you along on the adventure, into the future, into the past, into places you never imagined, or just take you back; they explore other worlds, our world, what might be out there, the innerspace, the best of who we are, and the darkest parts of the soul; movies break our hearts, mend our hearts, and sometimes they do both.

And sometimes, and this is a very rare thing indeed, they simply awe you, leave you with popcorn falling from your mouth because it is all so visceral, so exciting; because you’re owned, totally invested; because for 148 minutes there is no place on earth you would rather be.

Outside of writer-director Christopher McQuarrie’s top-shelf story, action scenes so perfectly conceived and executed you feel privileged to watch them, Cruise’s 150 percent commitment to every moment, and a mind-blowingly good score, what makes M:I6 so special is how real it all feels. 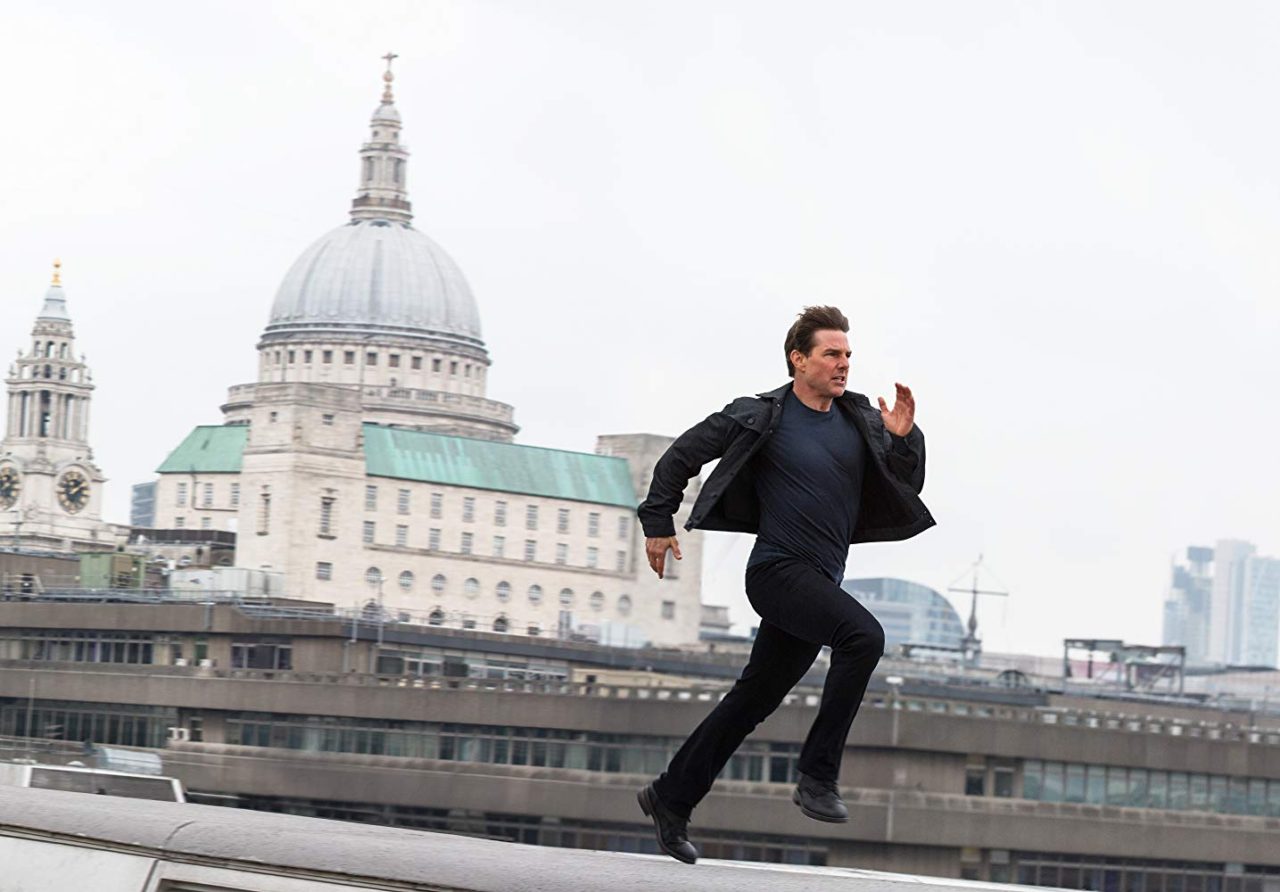 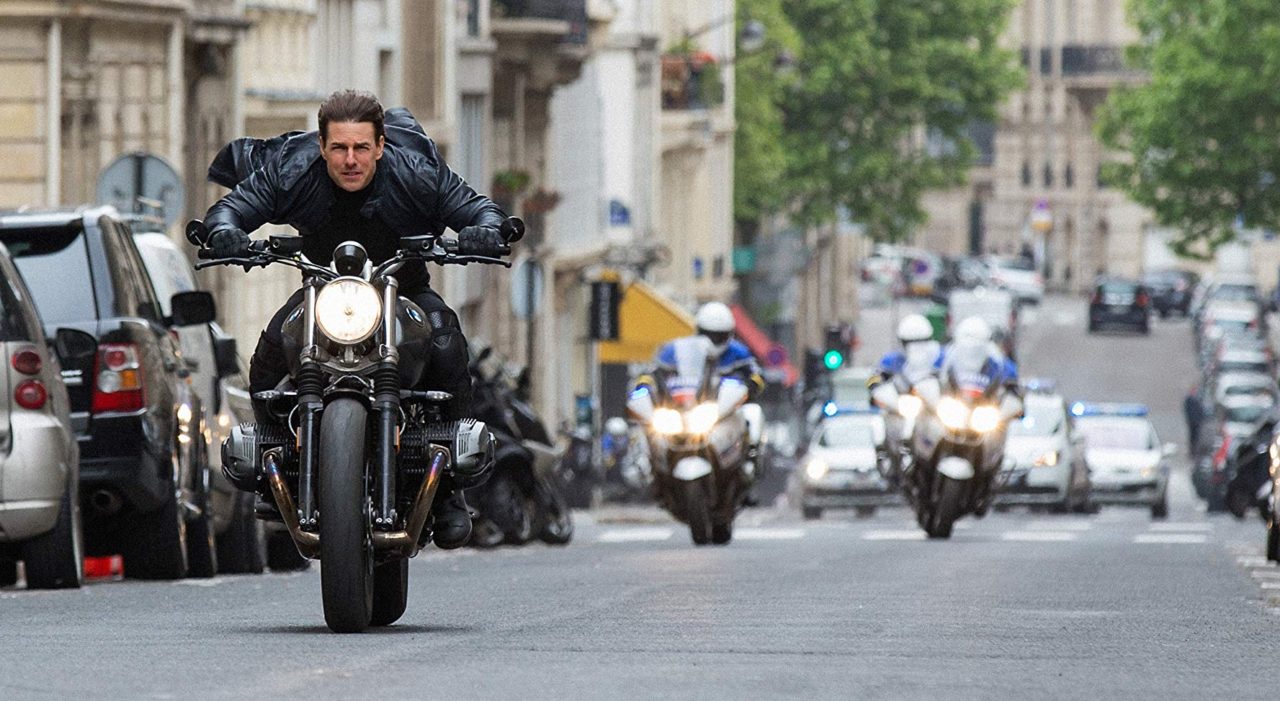 I do not care how good CGI gets or how genuine it looks, it still feels artificial. So much of MI:6 is not CGI, so much is filmed in-camera, as it happens, and the difference this makes when Cruise leaps, jumps, falls, hurtles, flies, runs (like really fast), punches, and crashes, makes all the difference.

Cruise and McQuarrie want you to know that’s really him — really is Tom Cruise jumping out of a plane, from building to building, driving the car, the motorcycle, and maybe even piloting that helicopter. 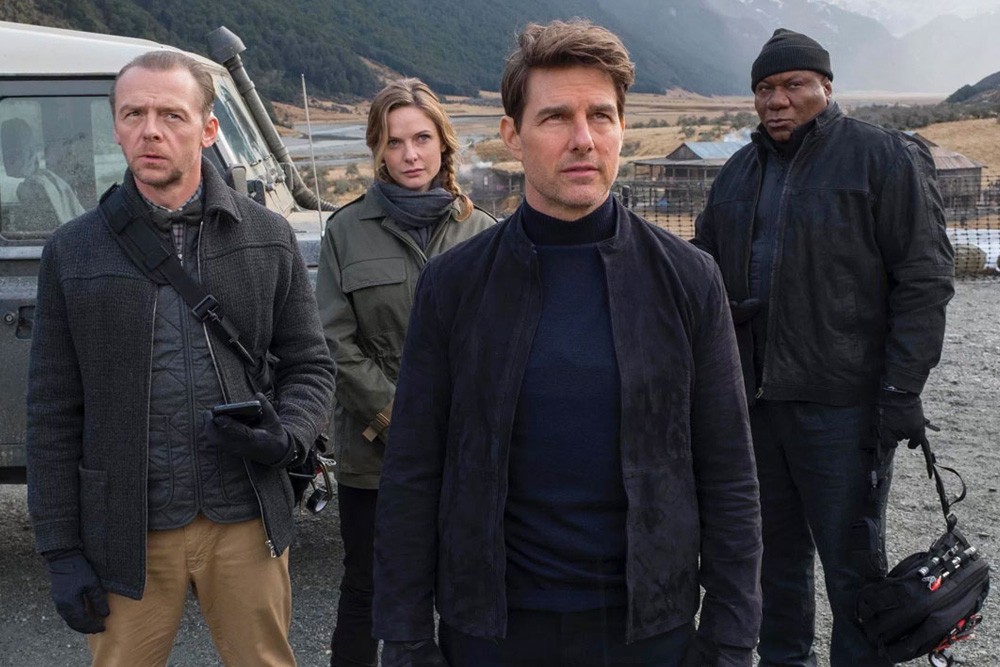 Everything Cruise and McQuarrie want you to feel, you feel and then some. You want payback, you want closure, you want his ass kicked, her ass kicked, him dead, her avenged, and HAHAHAHAHAHA you just got punked.

Until we got to the big, splashy CGI-finale, there were parts of Captain America; The Winter Soldier that were this good, but MI:6 keeps everything — everything — from A to Z, from open to close, from soup to nuts. Just when you think there is no way they can top this, they top it. Just when you think that was the action sequence, you realize that was just the appetizer.

This movie is a miracle.

And it is not just the action. Forget the overall story, which has something to do with retrieving something or other before this something or other something or others… It is the red herrings, the twists, the turnarounds, these are as much fun as the rooftop chases and bathroom brawls, as satisfying and surprising as the best of the original series (the Rollie Hand era), where never you saw it coming and it still somehow made total sense.

M:I6 is the best of an already great series, the best movie of the summer, and James Bond can go get hit by a train.