Actors Tim Robbins and Danny DeVito were among the Hollywood stars present at a Bernie Sanders presdiential campaign in Venice, California, on Saturday, with the socialist firebrand promising a “political revolution” in America should he win the White House next November.

The socialist Democrat Senator from Vermont drew large crowds to the rally as part of his six-day campaign trail of California.

Present at the rally was Shawshank Redemption star Tim Robbins, who endorsed Sanders on stage, while author Cornel West, actor Danny DeVito and members of the Russian rock group Pussy Riot were all also in attendance.

“I’m here today to endorse Bernie Sanders to be the next president of the United States,” Tim Robbins said.

Sen. Sanders was introduced to the stage by the far-left Rep. Alexandria Ocasio Cortez (D-NY), who used the opportunity to blast fellow presidential candidate Pete Buttigieg and said his campaign is being funded by wealthy donors.

“I go into work all the time and I hear people saying, ‘What will my donors think?’” she continued. “I see that billionaires get members of Congress on speed dial and waitresses don’t, okay? There’s a difference.”

This point was echoed by Sanders, who gleefully reminded supporters that his campaign is funded by small-dollar contributions.

“Our campaign is not only about defeating Trump, our campaign is about a political revolution,” he continued. “It is about transforming this country, it is about creating a government and an economy that works for all people and not just the one percent.” 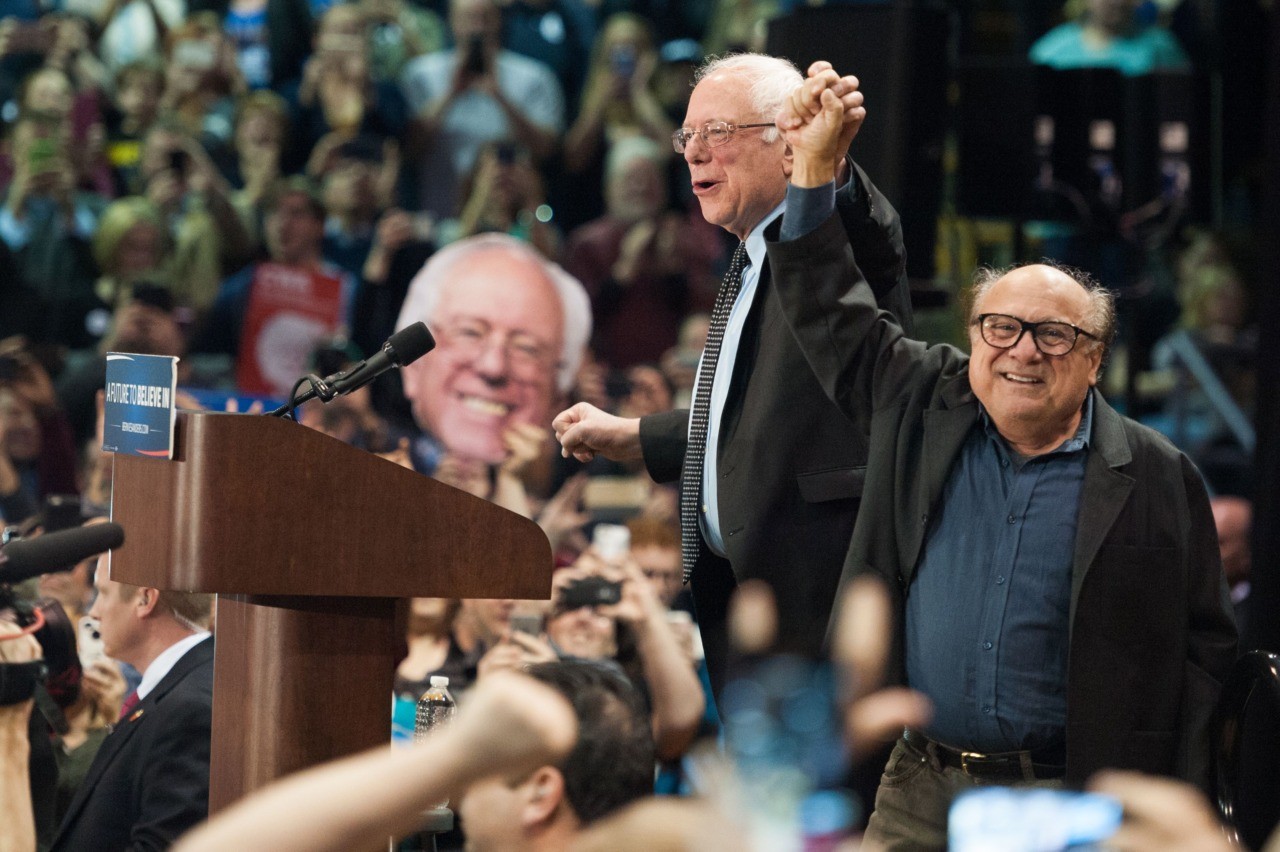 According to RealClearPolitics, Sanders currently sits in second place behind former Vice President Joe Biden in the bid for the nomination, with a polling average of 19.3 percent. Biden, meanwhile, has consistently led the race with an average of 27.2 percent, while the likes of Sen. Elizabeth Warren (D-MA), South Bend mayor Pete Buttigieg, and former New York mayor and billionaire Michael Bloomberg continue to lag consistently behind.