Stranger Things star Maya Hawke raged at her parents’ generation, saying that they “fucked us,” because they got to drive around “in cool, gas-guzzling cars, destroying our environment” with “no wars, and no plagues,” but now her generation doesn’t get to do the same.

“We’re just so annoyed at our parents’ generation,” said Hawke — whose parents are actors Ethan Hawke and Uma Thurman — in a recent interview with Nylon. “They had it so easy. They were all just high and driving around in cool, gas-guzzling cars. Destroying our environment — and having no wars, and no plagues, and no pandemics.”

“We’re in our 20s, we’re supposed to be having fun, and doing drugs and partying,” added the Stranger Things actress. “But instead — we’re going to SoulCycle and trying to outlive our planet.”

“We have a horrible president, and it’s just really irritating” she added. “They really fucked us.”

While the Chinese coronavirus pandemic has forced people to let a stranger hold the hand of their loved ones while they die, forego funerals due to lockdown measures, and put millions of people out of work, Hawke has other dire issues at hand.

The 21-year-old actress also expressed her frustration with having to live with her parents again due to apparently being locked down over the Wuhan virus — right after she “moved out” and “became a person.”

“I feel like the last three years of my life have been a dream and I’m just a kid again with my family,” said Hawke. “I moved out and got my whole life together and became a person — and this disease is like, ‘Ha ha ha, just kidding! You’re a kid, and you live with your parents.'” 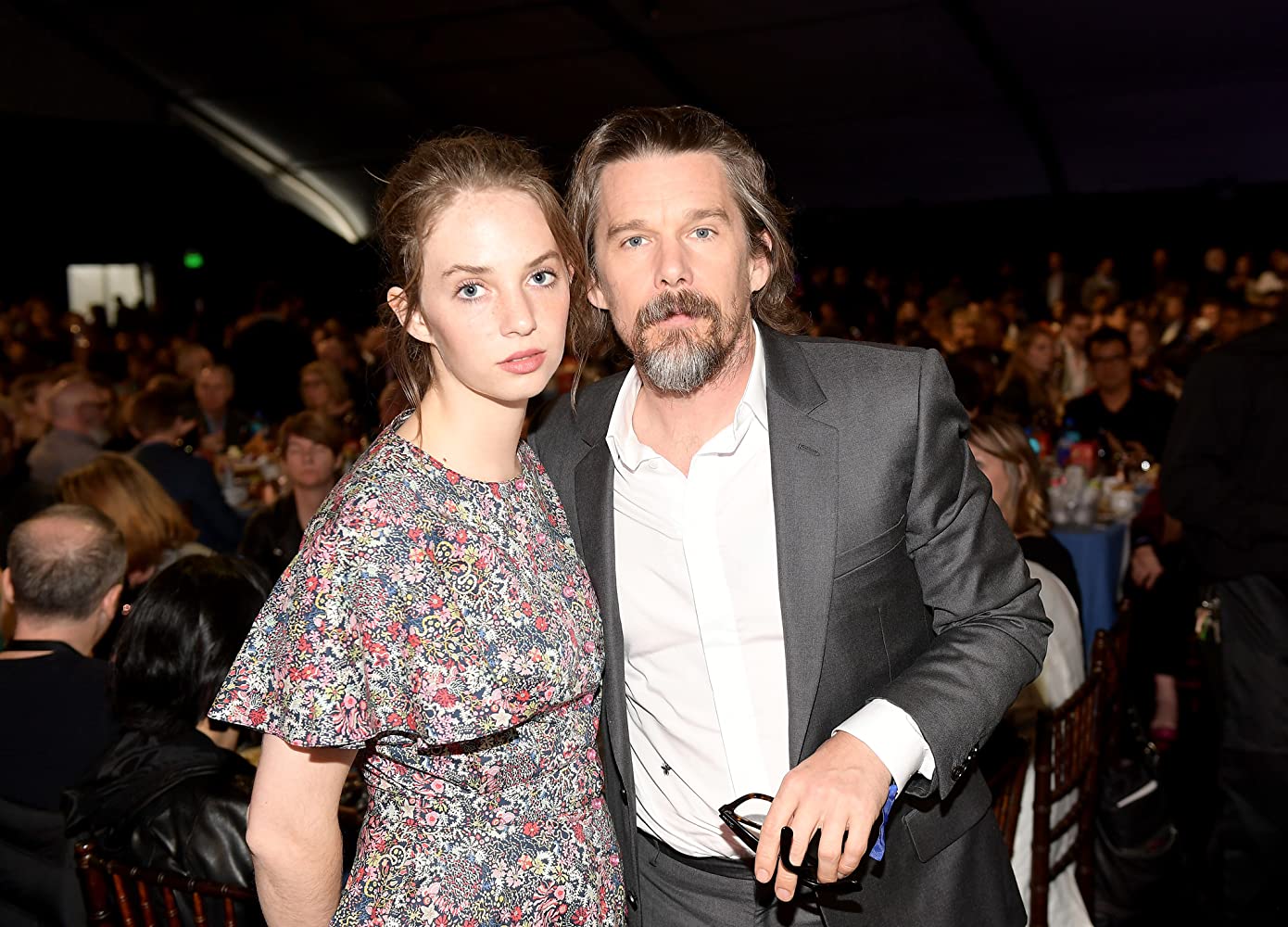 Rather than have fun as a young star living in Manhattan, Hawke is forced to take refuge with her four younger siblings and parents, according to Nylon, which added that the actress mentioned that she knows “a ton of people” affected by the coronavirus — which are mostly young friends in her inner circle.

In a recent interview with NME, Hawke, who is also dabbling in the music world, referred to herself as “a showboat” and “a ridiculous clown.”

“I’m such a showboat,” Hawke told NME. “I really can’t hold things in to save my life. I’m the sort of person where I’ll have a gig and I’ll walk up to someone after and be like, ‘So did you hear the third song? Did you get anything from that?’ I’m just a ridiculous clown.”

While at home with her parents and siblings, Hawke currently spends most of her days in FaceTime meetings with agents and managers, and she’ll read an occasional script, according to Nylon.

The actress also helps her younger siblings with their online schoolwork, and spends “a significant amount of crying.”

“I’m going through the five stages of grief with it,” she added. “I was angry about it. I was in denial. And then I was bargaining: I’m going to fix it! And now I’m in resignation or whatever. I’m just sort of like, this is my new forever.”