HBO Max has returned Gone with the Wind to its catalog, weeks after WarnerMedia chairman Bob Greenblatt remove the American Civil War classic on the grounds it needed to provide audiences with a detailed disclaimer about the reality of slavery.

Earlier this month, HBO announced they would be removing the film, regarded by audiences and many critics as the greatest film of all time, from their online platform because “depicts some of the ethnic and racial prejudices that have, unfortunately, been commonplace in American society.” To resolve the issue, HBO added a video featuring Turner Classic Movies host and film scholar Jacqueline Stewart explaining “why this 1939 epic drama should be viewed in its original form, contextualized and discussed.”

“The film has been repeatedly protested, dating back the announcement of its production,” Stewart says in the video the plays before the movie begins. “Producer David O. Selznick was well aware that Black audiences were deeply concerned about the film’s handling of the topic of slavery and its treatment of Black characters.” 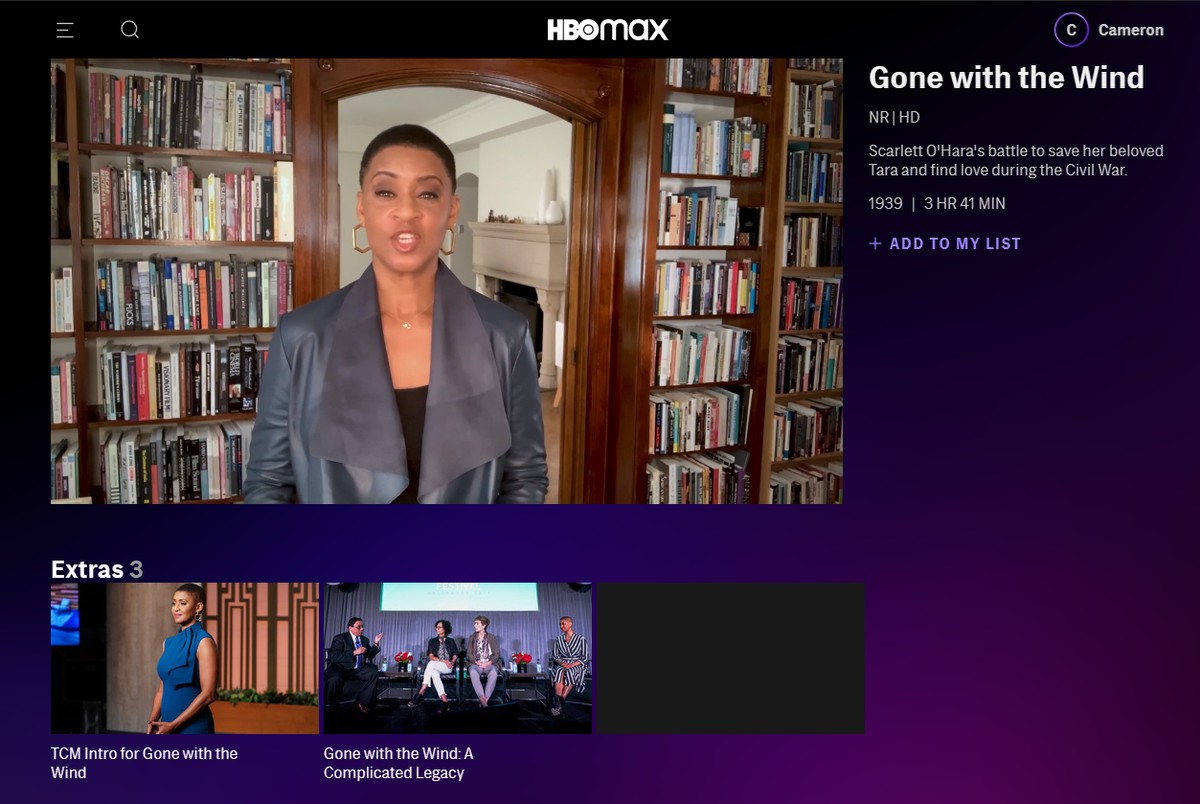 Stewart, who is a professor of film and media studies at University of Chicago, notes that enslaved African-Americans conform to old racial stereotypes “as servants notable for their devotion to their white masters or for their ineptitude,”

“The film’s treatment of this world through a lens of nostalgia denies the horrors of slavery, as well as its legacies of racial inequality,” she continues. “Watching ‘Gone With the Wind’ can be uncomfortable, even painful. Still, it is important that classic Hollywood films are available to us in their original form for viewing and discussion.”

A second video is also provided. It features a one-hour recording of a panel discussion of the TCM Classic Film Festival in April 2019 entitled “The Complicated Legacy of ‘Gone With the Wind.'”

At the time of its removal, an HBO spokesperson justified the decision on the grounds that such “racist depictions were wrong then and are wrong today, and we felt that to keep this title up without an explanation and a denouncement of those depictions would be irresponsible.”

However, the move was seen by many as an attempt to pander to the Black Lives Matter protests sweeping across America and other parts of the world following the death of George Floyd. Discussing its removal earlier this month, WarnerMedia chairman Bob Greenblat described the decision as a “no brainer.”

“It was sort of a no brainer, I mean, we have the best of intentions obviously here,” he said in an interview on SiriusXM’s The Jess Cagle Show. “I don’t regret taking it down for a second. I only wish we had put it up in the first place with the disclaimer. And we just didn’t do that.”

Nevertheless, HBO’s decision led to widespread criticism from viewers, many of whom responded by repurchasing the film online, making it a best-seller on Amazon.

Many critics cited the performance and praise given to Hattie McDaniel, who won Best Supporting Actress Oscar of 1940 for her role as Mammy. In doing so, she became the first black actor or actress to be nominated, let alone win, an Oscar of any category.