In the heart of liberal Los Angeles one small business owner has had enough of the left-wing hypocrisy coming from California elites and wants the world to know he’s not taking it anymore.

The owner of trendy Los Angeles retailer Kitson is blasting California Gov. Gavin Newsom (D), L.A. mayor Eric Garcetti (D), and a slew of celebrities including Alyssa Milano and Chrissy Teigen for what he sees as their indifference to the plight of small businesses during the coronavirus pandemic and Black Lives Matter riots.

In an interview with Breitbart News, Kitson owner Fraser Ross called out the state’s liberal elites who have failed to lend a helping hand. “I’m neither Democrat or Republican. I’m just stating what’s affecting small businesses,” he said. “I didn’t see one celebrity come and help do clean up [after the BLM riots]. They stayed in their houses and watched TV. We need to out these celebrities.” 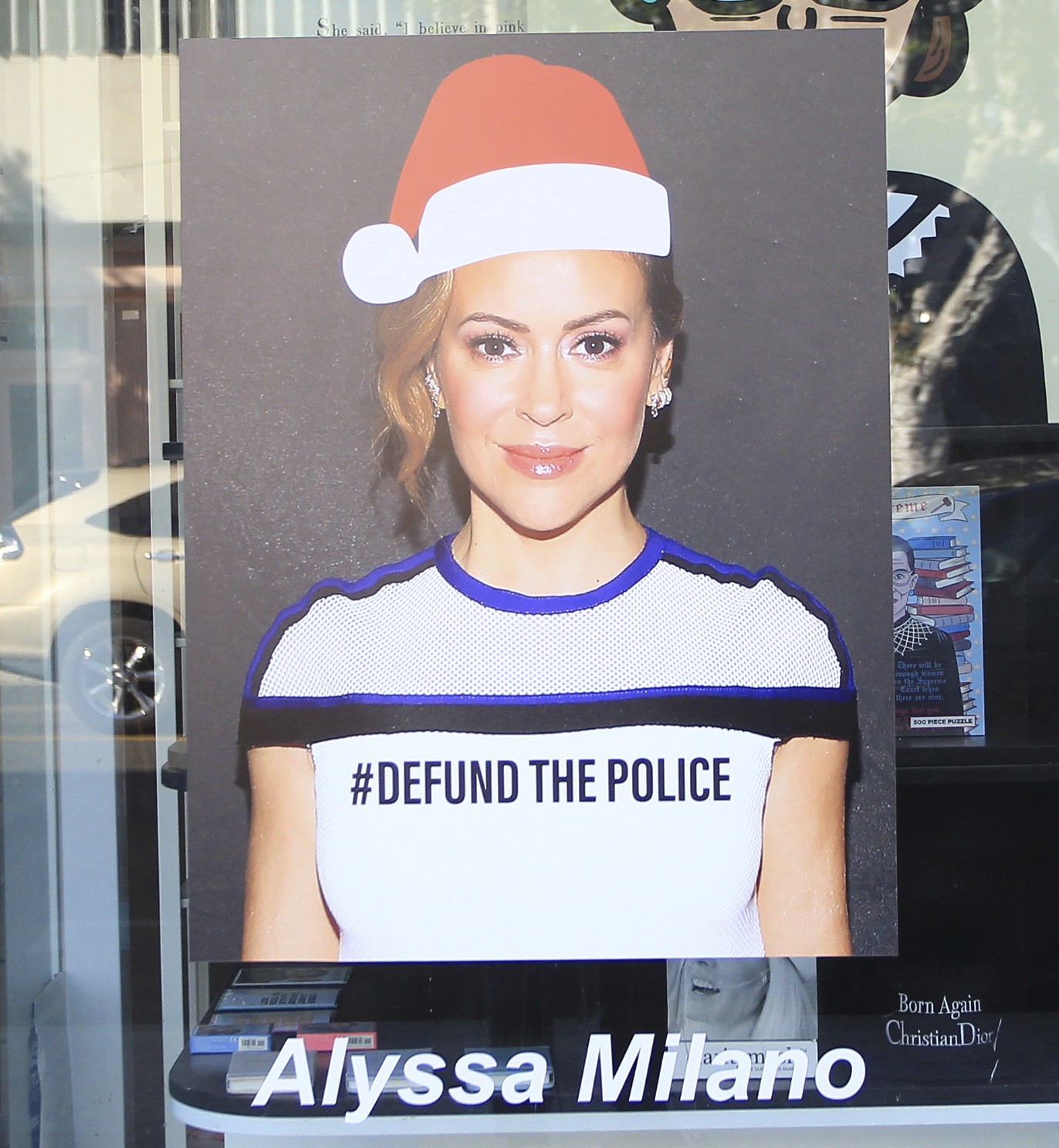 Ross said he doesn’t fear repercussions  for speaking out because he believes public opinion is turning against the state’s ruling class. “Even the rich Democrats are fed up living this lifestyle,” he said, referring to the latest stay-at-home orders. 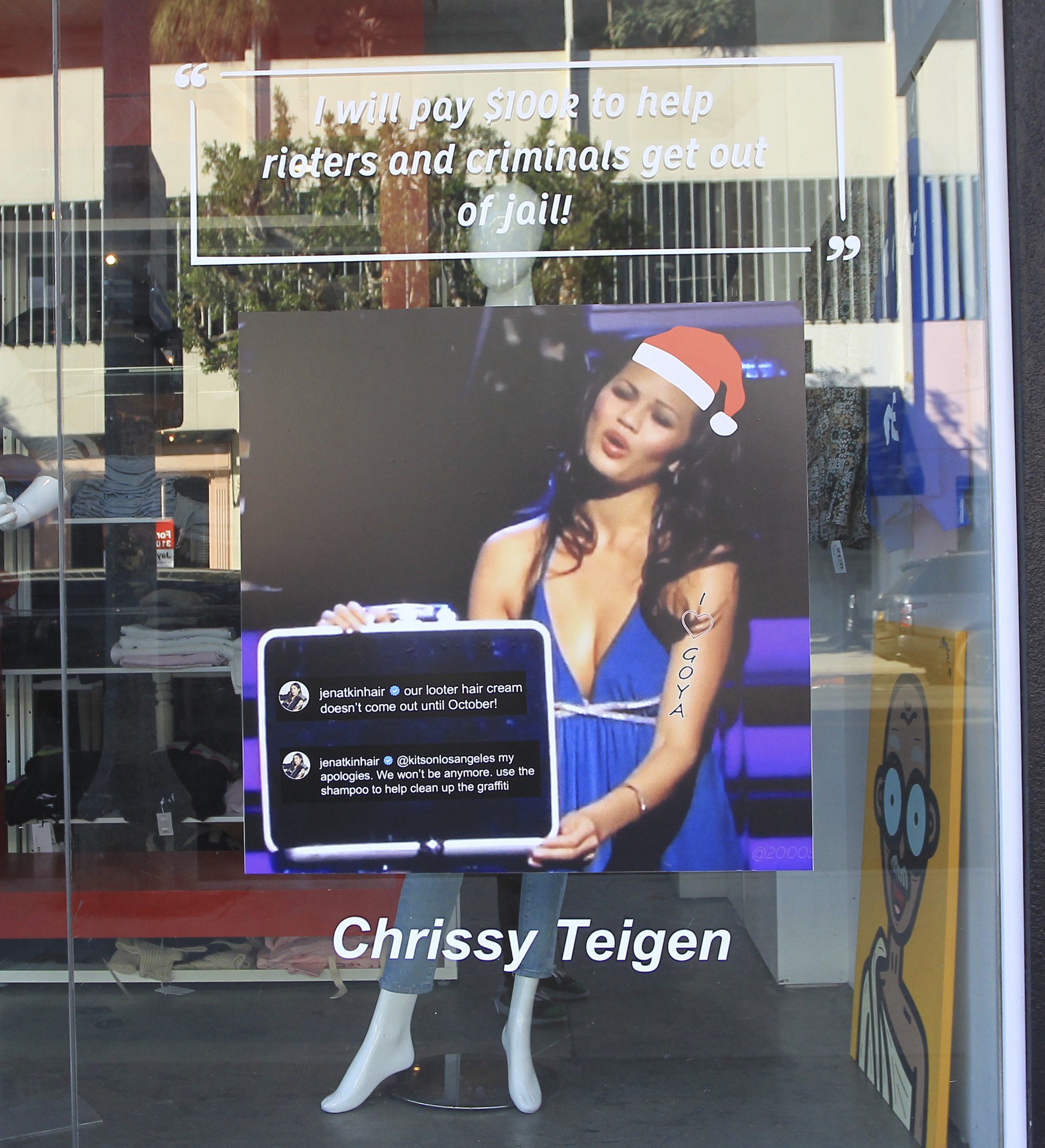 “A rich Democrat wants to enjoy their lifestyle. They want to go out to restaurants,” he added. “Enough is enough.”

As Breitbart News has reported, Kiston has attracted international media attention for its annual Christmas window displays featuring mock Time Person of the Year covers that lampoon Dr. Anthony Fauci,  Hunter Biden, and Garcetti. The windows also call out celebrities Alyssa Milano and Chrissy Teigen for their support of defunding the police and bail-out funds, respectively.

“The support from these windows has been overwhelming,” Ross said. “I think I gained ten times more customers than I lost.”

He added that his Dr. Fauci display has received some online blowback. The window lampoons Fauci’s contradictory stances on mask wearing, showing his March statement in which he said that masks “don’t help.”

Ross said that he was perturbed that Fauci never publicly reprimanded House Majority Leader Nancy Pelosi (D-CA) or Newsom for violating their own coronavirus recommendations.  Pelosi was caught visiting a San Francisco hair salon for a wash and blowout despite local coronavirus restrictions. She also wasn’t wearing a mask during her visit despite her public comments urging people to wear masks. 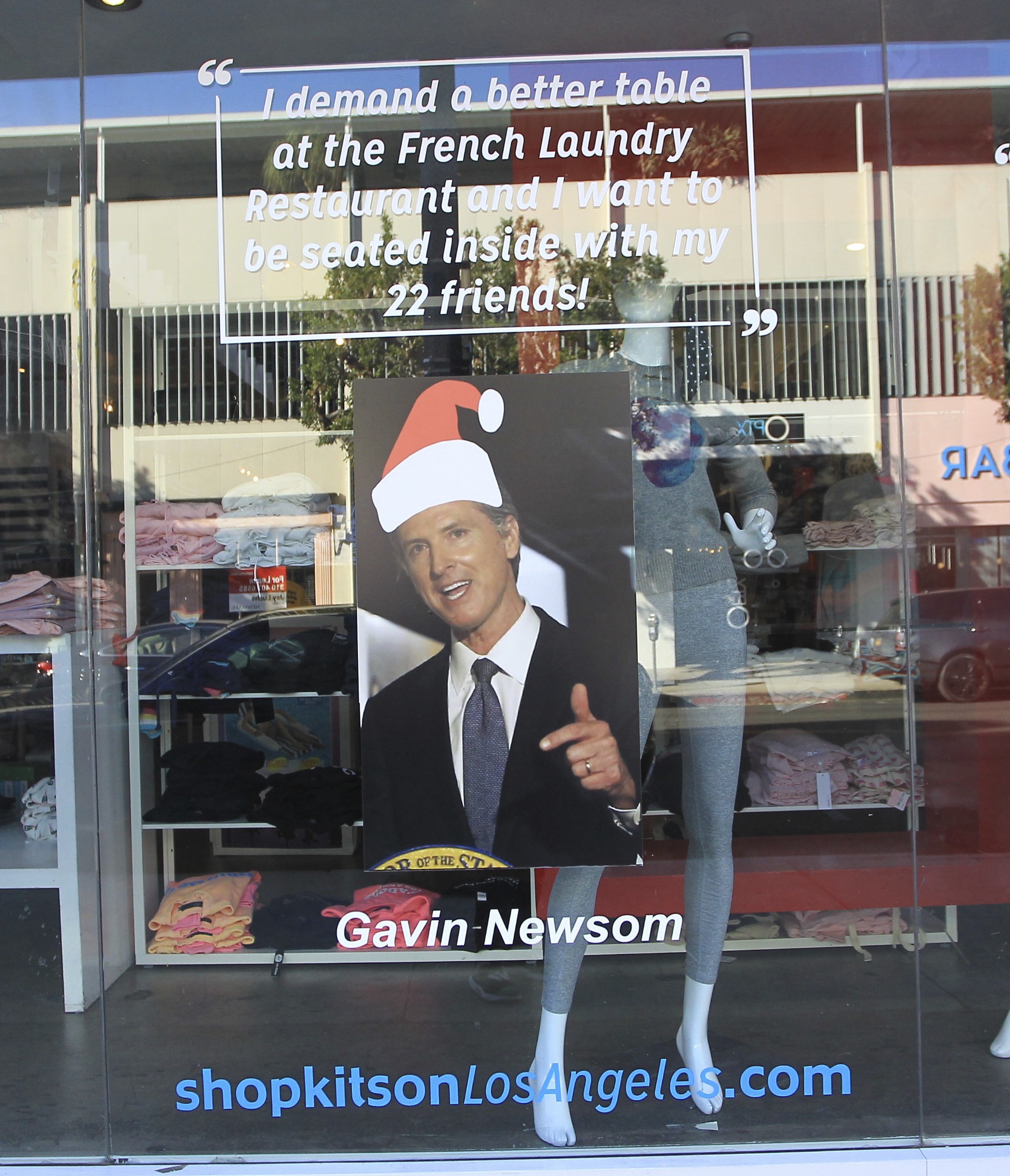 Newsom was photographed partying with a large group indoors at the upscale French Laundry restaurant in Napa Valley. The governor wasn’t wearing a mask or practicing social distancing.

Ross saved his sharpest attacks for Hollywood celebrities. “They should be supporting the small businesses in their neighborhood. But what are they doing? They’re going online. They’re on Instagram,” he said. “They need to go online and say shop local or there won’t be local.”

He said he was especially upset with Chrissy Teigen’s financial support of bail-out charities, some of which have ties to the violent left-wing Antifa. Teigen first offered to donate $100,000, and then doubled her gift.

Ross said he’s not opposed to helping BLM protestors, “but not criminal rioters.”

Like many L.A. businesses, Kitson sustained damage during the BLM riots. Ross said he spent $8,000 to board up his stores in anticipation of the violence. He also said BLM activists pressured his business into giving $10,000, which he paid “in fear” that his stores would be attacked.

Ross said it was a form of blackmail and later demanded his money back. ActBlue, the online giving platform for left-wing causes, refunded the full amount.

Earlier this month, Ross was physically attacked by a shoplifter who sprayed pepper spray in his face. He said it’s unclear if the attack was politically motivated.

A spokesperson for the L.A. Police Department told Breitbart News that its Wilshire Area officers responded to a robbery investigation at the 100 Block of Robertson Blvd in L.A. on December 7.  An “assault with deadly Weapon” report was taken at that time, the department said,

Ross said his biggest beef with Newsom and Garcetti  is that they aren’t providing a lifeline to local businesses.

“Everyday more and more businesses are closing. Newsom or Garcetti doesn’t understand,” he said. Instead, Amazon and Target are benefiting from the lockdowns. Both retail giants have seen sales skyrocket as a result of the Chinese coronavirus.