“TikTok superstar Addison Rae’s fans have launched a campaign to cancel her after she excitedly greeted Donald Trump at the star-studded UFC 264 fight in Las Vegas last weekend,” reports the Daily Mail.

“Hi! I’m Addison. Nice to meet you,” she says to Trump in a video capturing the moment. “I have to say hi, hello. So nice to meet you.”

‘#addisonrae whatttttttt [hand covering mouth,  face screaming in fear emojis] I feel like she’s gonna get canceled again I would bet my five dollars on this,’ one person tweeted.

‘addison rae getting cancelled for shaking donald trumps hand is in my top 10 moments of 2021,’ added another.

‘not Addison Rae being one of the biggest performative activists last summer and now her willingly going up to Trump to introduce herself and talk to him,’ one person wrote.

Someone named Chris Klemens, a verified Twitter user taunted her with, “Oopsies Addison… your Republican is showing.” Then he went for her throat. “’Word on the street is Addison Rae’s song Obsessed is about Donald Trump actually,” the fascist tweeted. 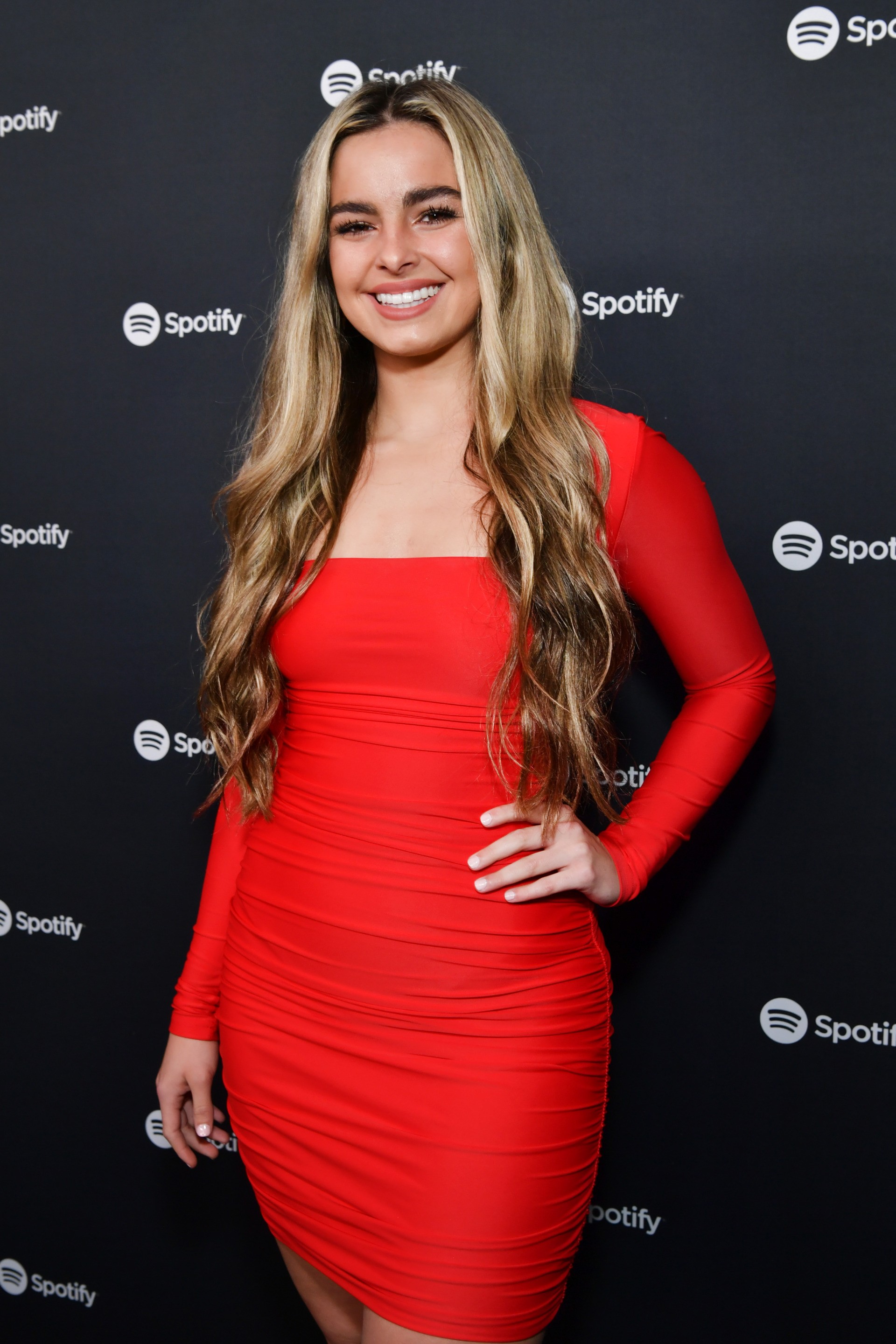 Then, predictably, the complaints quickly turned to race and racism. Regarding her Tik Tok dance moves, one person wrote, “Miss Addison Rae how you stealing from black creators and shaking hands with trump and saying ‘it’s so nice to meet you’ ermmm the math ain’t mathing.”

Even the Daily Mail attacks her for this bullshit. “In March,” the Daily Mail tattles to the world, “she performed several viral TikTok dances on The Tonight Show with Jimmy Fallon, including Savage, Corvette Corvette, and Laffy Taffy, without crediting any of the creators of the dances – who were black.”

Why is the Daily Mail snitching on her like that, and what does that even mean? Does it mean that whenever someone dances, they’re expected to stop and credit the original choreographer? Or are they required to do that only when the choreographer is black? Or are only white dancers required to do that when the choreographer is black? Everything is stupid, and every dancer steals from Fred Astaire, Bill Robinson, Gene Kelly, and Bob Fosse. So how come I have never in my life heard credit given where credit is due?

Get this… According to the Daily Mail, Rae was *gasp* accused of being a Republican all the way back in 2019. “While the TikTok star has never publicly disclosed her political preferences, speculation has been rife that she is a Republican. Back in 2019, a TikTok user shared a video claiming to show her voting record.”

If I had a chance to meet a president, even a Barack Obama, I’d do it. I once introduced myself to Michael Moore. The idea of stringing my entire world with partisan tripwires is exhausting. At the end of the day, we do all have to live together.

This girl is 19! Nineteen! I don’t ever remember caring about how anyone voted at that age. We didn’t even think about those things. People voted. We discussed politics. But the idea of not being friends with someone or, my God, destroying their life and reputation…

Of course, in school, we were taught that McCarthyism is evil. We read The Crucible, 1984, and The Scarlett Letter as warnings, not guidebooks.